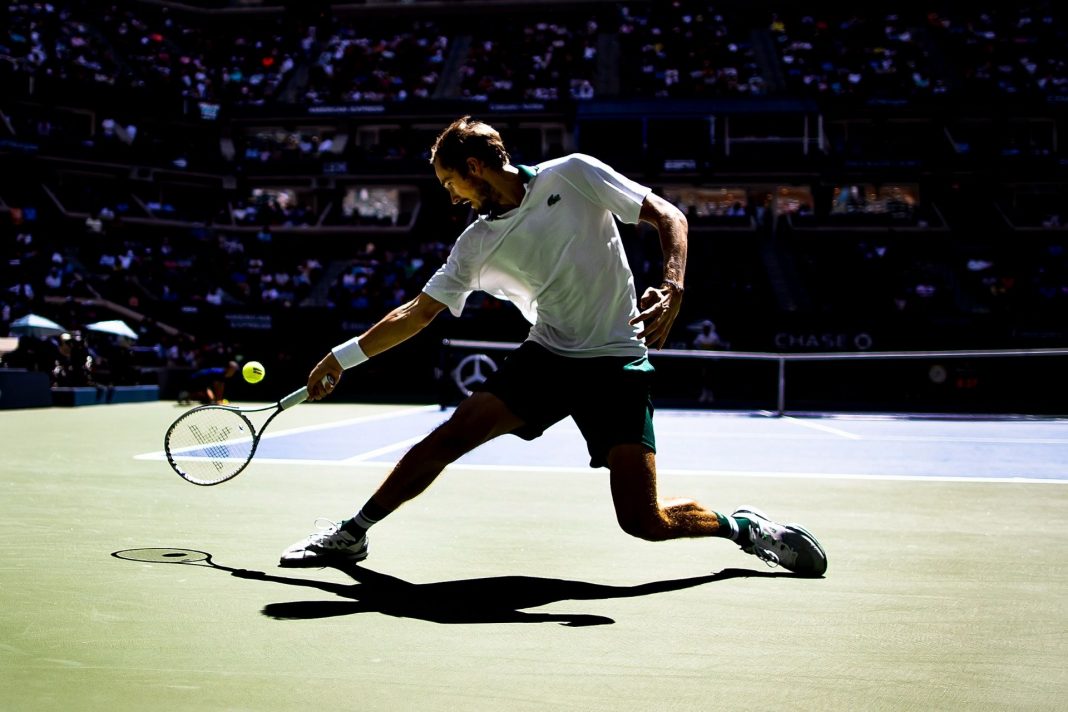 Two things have always made sports more interesting when mixed together: beer and women.

And for the sake of most sports not named football, they need all the help they can get to actually be entertaining.

So leave it to a woman and some beer to actually make tennis bearable to watch.

It doesn’t take much to entertain men.

History has shown just throwing in some women or beer into a situation to pacify men.

And oddly enough they both cause pain in the long run.

So it isn’t a shock that the best sports include both beer and women.

Professional football has had cheerleaders for decades.

And NASCAR has had major beer sponsors every year of its existence.

So maybe other “sports” like Tennis or Soccer can learn a thing or two about having women and beer involved for the fans to enjoy.

Well it looks like tennis has at least caught up to the idea.

As everyone was bored to death late last week during the U.S. Open, one female fan decided to turn up the excitement a couple notches.

While the fan cam caught fans nearly dozing off, one woman did the natural thing and chugged a full beer live on air when she hit the big screen.

That girl can chug a cold one better than most guys can.

Just see for yourself:

And then when one beer wasn’t enough, her boyfriend gave her his beer when she came back up on the big screen for another round.

This girl can down a beer better than Green Bay Packers quarterback Aaron Rodgers.

During the NBA playoffs, Rodgers caught flak from fans for his epic beer-chugging failure.

Maybe professional tennis can learn a thing or two from this woman on how to make their matches actually entertaining to watch.