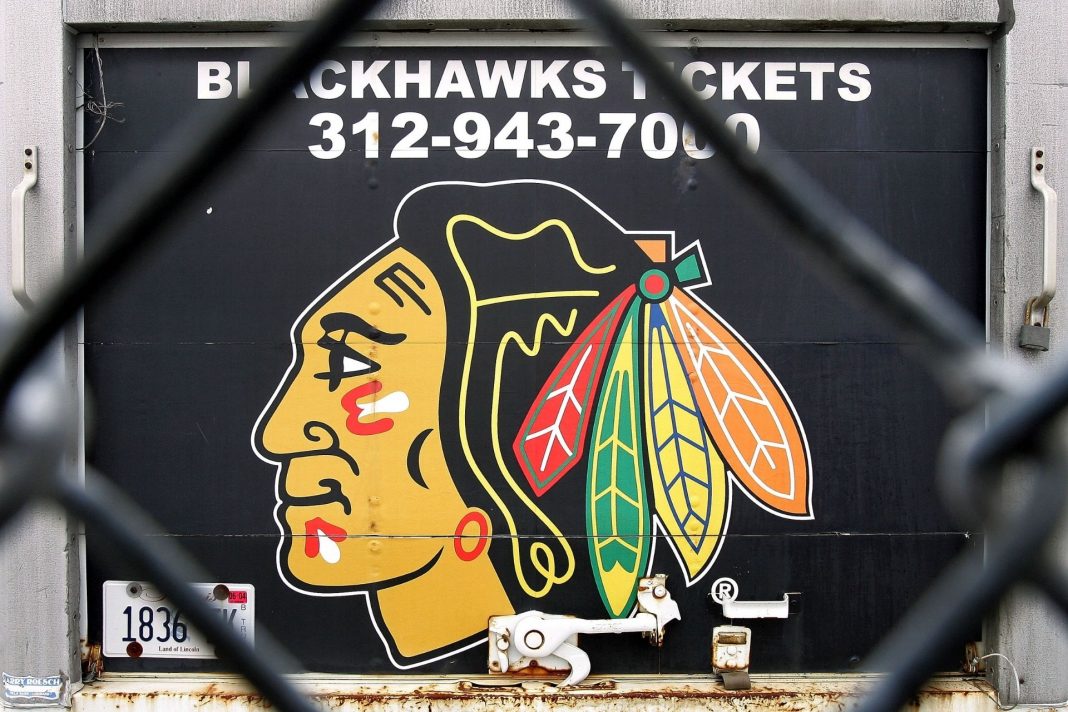 Over the past few years, professional sports teams have been bowing down to the political correctness mob.

And in 2020 we have seen many teams do whatever they can to become more “woke.”

Now the Chicago Blackhawks just took their “woke” activism to a new level and it can’t get much worse than this.

Don’t you just long for the good old days when you could just sit back, relax, and watch a game without being browbeaten with political statements from out-of-touch millionaire athletes.

Now every game is back handing you in the face with “woke ads” and political correctness messages on the sidelines.

Just think about the Washington Football Team formerly known as the Redskins . . .

Or how about this year when the President of the University of Florida banned the famous gator bite because it’s obviously racist.

Well if you think the “woke” activism couldn’t get any worse, the Chicago Blackhawks just proved you wrong.

From now on, before each home game, they will read a “indigenous land statement.”

The statement will “acknowledge that the team, its foundation, and the spaces we maintain, work, and complete within, stand upon the traditional homelands of the Miami, Sauk, Fox, Ho-Chunk, Menominee, and the Council of the Three Fires: the Ojibwe, Odawa and Potawatomi Nations.”

It will also claim that they “understand that this land holds immense significance for its original stewards, the Native Nations and peoples of this region.”

In addition to recognition within our physical and digital spaces, we intend to open home games, events and other gatherings by acknowledging the traditional Native American inhabitants of the land moving forward.

This will solve all of our Chicago’s problems!

But it could be worse.

They could be called the “Chicago Hockey Team.”