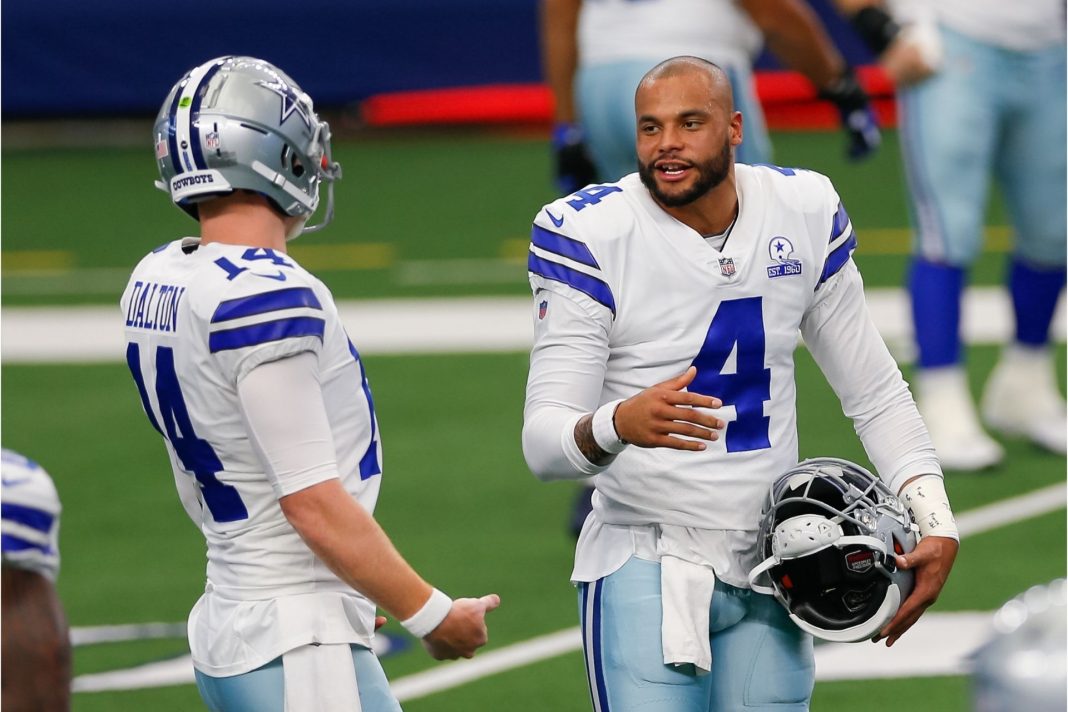 The 2021 NFL offseason just got off to a major start.

One of the biggest questions heading into next year was just answered.

And the Dallas Cowboys just made a major announcement that is the biggest gamble in franchise history.

Prescott’s injury occurred in the final year of his rookie contract, which left the Cowboys with an excruciating dilemma surrounding their controversial franchise quarterback.

When Prescott first took over the job after Tony Romo suffered a career ending injury, Prescott was merely a game manager.

But the last several years saw the Cowboys add more talent around Prescott and in the 2019 season Prescott threw for 4900 yards and 30 touchdowns.

However, the Cowboys won just one playoff game in his tenure, which led some fans to think the team was wasting the prime years of skill position players Amari Cooper and Ezekiel Elliot.

The Cowboys management and owner Jerry Jones believed they saw enough and went all in on Prescott signing the quarterback to a four year, $164 million contract including $75 million of which to be paid in the first year of the deal.

The deal includes $66 million to sign and $75 million in year one, the most in NFL history. https://t.co/bt7uBY2v7w

The last 25 years have been the most barren in franchise history.

Dallas has only won two playoff games since 1996.

And now with Prescott locked up and the offensive core in its prime, the pressure is on to deliver the franchise’s first Super Bowl since the 1995 season.