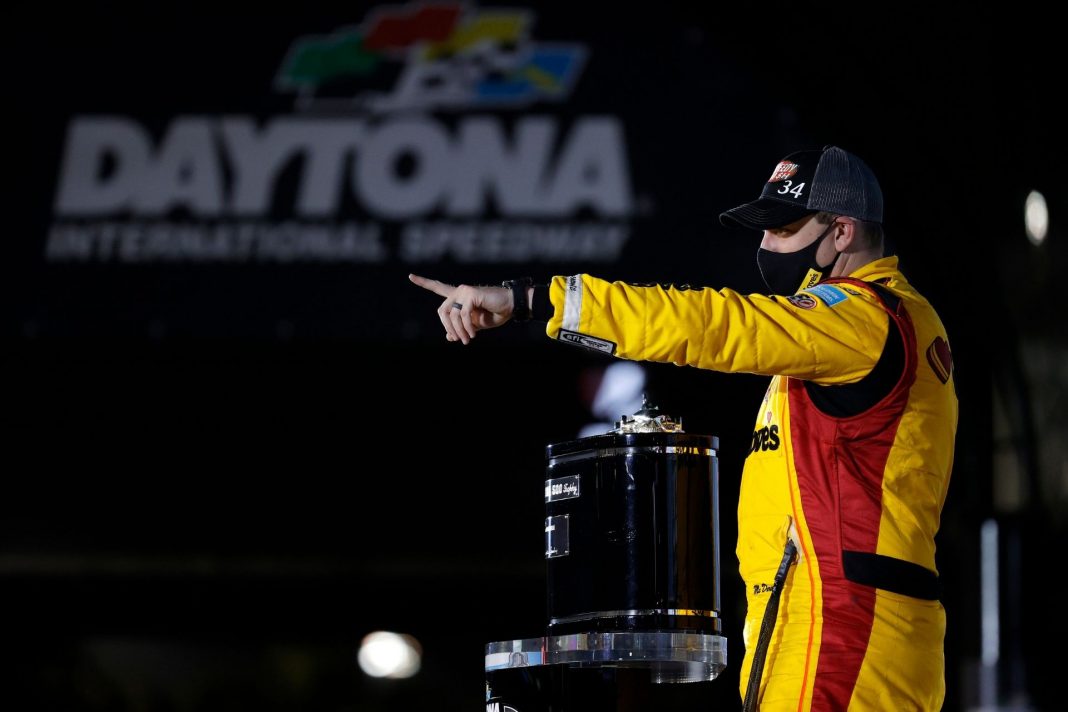 Nothing has the ability to captivate sports fans like a Cinderella story.

There’s just something special about rooting for an underdog, watching as fate takes over and aligns everything perfectly for that one magical moment in time when an upset becomes possible.

That’s exactly what happened in this year’s Daytona 500, as the race ended in a Cinderella story of the ages for one veteran NASCAR driver.

Unlike many sports, upsets are few and far between in NASCAR.

Anything can happen, sure, but in a sport where the athletes are also dependent on a machine, getting all the stars to align every few years is a Herculean task.

With so many strong teams in NASCAR that more than half the field can win any given week, sliding a Cinderella story into the equation from time to time is easier said than done.

But after 13 years and 358 career starts, Front Row Motorsports’ Michael McDowell – a guy who was a 100-to-1 long shot to win the race coming into Sunday – somehow pulled off his first career Cup Series win by pulling off an upset for the ages in the Daytona 500.

On the final lap, team Penske teammates Brad Keselowski and Joey Logano collided entering the final corner, clearing the way for McDowell to lead his first lap of the day, and the only one he needed to win the race.

Teammates Joey Logano and Brad Keselowski wreck on the final lap, and @Mc_Driver is the #Daytona500!CHAMPION! pic.twitter.com/N9E7uANXQl

Coming into Sunday’s race, McDowell had scored just 12 top-10 and three top-5 finishes in his career, with two of those coming at Daytona, but no one saw a McDowell win in the Daytona 500 coming.

And no one was more surprised about the win than Michael McDowell himself.

“I just can’t believe it,” McDowell told Fox Sports’ Jamie Little immediately after the race. “So many years just grinding it out hoping for an opportunity like this. Such a great way to get a first victory. Daytona 500, are you kidding me? […] We’re the Daytona 500 champions. I can not believe this.”

Michael McDowell is your 2021 #DAYTONA500 Champion!

This is his first career Cup win in his 358th start. pic.twitter.com/h8K5NlOfwS

Being a veteran of the sport, and a guy who has been stuck in the mid-field for most of his career, the entire NASCAR community has rallied to celebrate McDowell’s win.

As Joey Logano said, “If we couldn’t win, I’m really happy to see McDowell win this thing. He’s a great guy, a great person. A good leader in life and has helped me a lot in my life. So very cool to see him win the Daytona 500.”

Well deserved win @Mc_Driver! One of the absolute best and most genuine guys I know 👊🏻

.@Mc_Driver win tonight was no fluke. Wasn’t a “anyone can win” type of race. He’s up front time and time again at these SS races. Well earned and well deserved. Congrats!

Now, at 36-years-old, Michael McDowell’s life has been forever changed in a matter of seconds.

In the literal blink of an eye, McDowell has transformed from a guy who has had to fight and claw for everything he’s had, to having his name etched in the history books beside names like Jimmie Johnson, Dale Earnhardt, Richard Petty, and all of the other stars of NASCAR’s past and present.

From this day forward, Michael McDowell is no longer just a NASCAR driver.