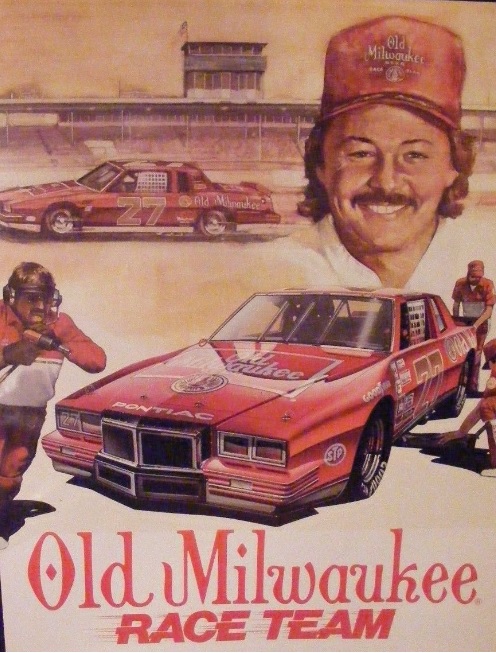 You can probably still feel what it felt like just a few weeks ago.

You could plop down on your easy chair, grab a snack and feel the power of your TV remote pulsing through your veins as you flipped through the channels, absorbing as many athletic contests as possible with lightning speed.

But then it all went to crap thanks to the Chinese coronavirus – which was probably brought back to the United States by NBA players.

No, it’s documentaries about sports!

The good news is, Sports With Balls has found a handful of ESPN “30 for 30” sports documentaries that are both entertaining and keep the wokeness to a minimum. We’ve ranked them for you below!

This is the story of NASCAR rising star and playboy Tim Richmond who not only sported a sweet mustache, drove the Old Milwaukee car during the 1980s, and was feared on the track as he was loved by the ladies. In fact, he partied so hard, he died of AIDS.

In 2004, the Boston Red Sox were down three games to none in the American League Championship Series to their hated rivals – the New York Yankees.

Unless you were living under a rock (which has been approved as an acceptable “shelter in place”), you know the end of the story. But what was Jimmy Fallon doing running on the field in the World Series?

Admit it. If you could somehow cross figure skating with WWE wrestling, you’d have one of the baddest sports known to man. If you disagree, you haven’t been drinking enough during this lockdown.

The coolest part is, it actually happened when figure skater Tonya Harding had the ever-loving crap knocked out of Nancy Kerrigan so she could steal the top U.S. spot and go to the Olympic games. Or did she?

In 1988, America was served up a doozy of a college football game – the Notre Dame Fighting Irish (led by Lou Holtz) and the Miami Hurricanes (coached by Jimmy Johnson). Both of course were 1980s college football powerhouses.

ESPN’s focus is on a T-shirt a certain Notre Dame college student had printed touting the game as “Catholics vs. Convicts,” which apparently hurt the feelings of some University of Miami players.

The T-shirts, of course, DID leave a false impression. It’s doubtful many of the Notre Dame players were really Catholic.

Guess which side ESPN takes?

This overview of the 1980s Celtics vs. Lakers rivalry is ESPN’s crème de la crème of 30 for 30 documentaries and is well worth the watch, even if you’ve never watched the NBA – or, like many Americans, stopped watching after Jordan retired the second time.