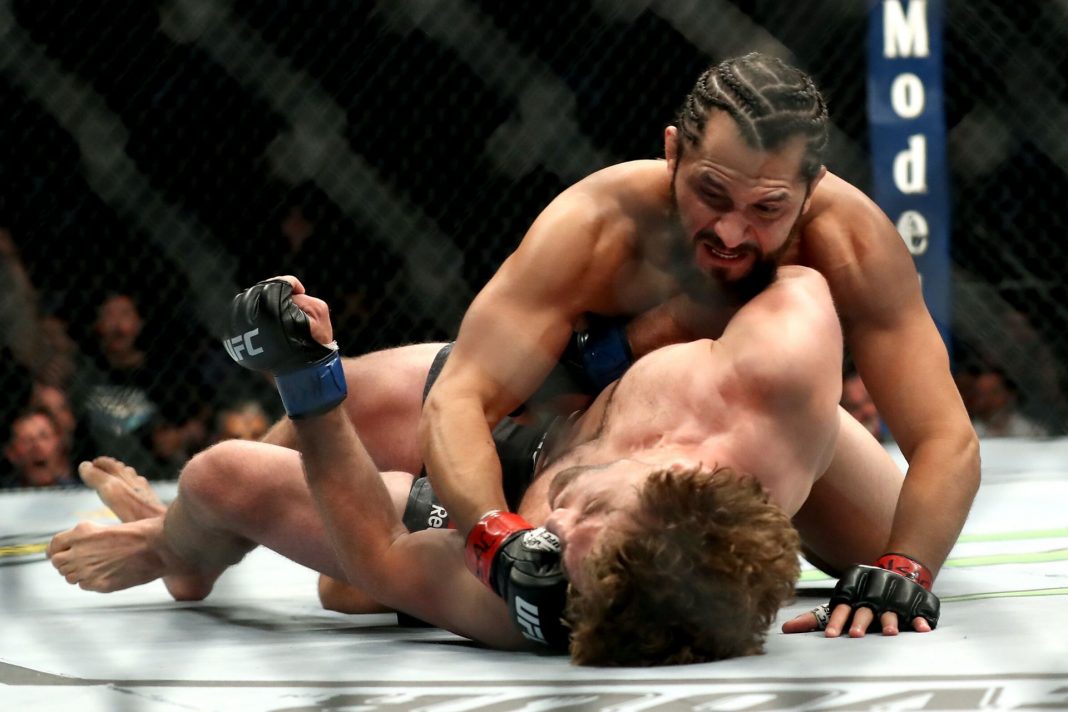 With “cancel culture” on the rise and the mob-rule Left threatening everyone who disagrees with them, it’s rare to find athletes who stand up against leftist policies and the Democrat Party.

But every once in a while, you find someone who grows a pair and speaks their mind.

And the baddest dude in sports just made a scorching indictment of the Democrat Party that will leave you grinning from ear-to-ear.

It’s no secret that most conservative pro athletes are basically forced to keep their mouths shut about their politics.

Prime example: Mike Gundy essentially being forced to apologize for wearing a One America News Network t-shirt to keep his job.

But some dudes simply couldn’t care less what others think.

One of those dudes is Jorge Masvidal, fighter in the UFC and current holder of the “Baddest Mother F***er” belt.

Recently, when asked about who he was voting for in the 2020 Presidential Election, Masvidal went on a blistering rant about politicians and political parties that support socialism, communism, and even so-called “democratic socialism.”

The BMF’er said, “Cubans who escaped Cuba stand against communism. Socialism. Even democratic socialism. Anything that’s flying under that flag that’s saying ‘w’ere going to do all these great things for you – give you benefits here and free benefits there – but we’re going to take your freedom away,’ I’m against that.”

This dude even went so far as to say he’s been “sniffing” out communists his whole life, saying his family taught him how to spot a commie when you see one.

“I’ve been training my whole life to sniff ’em out weed em out my whole damn life. Since I could remember getting speeches from my dad what the communist government looks like. From my uncles my aunts.”

You can watch the clip below:

While he didn’t explicitly state he was voting for Donald Trump, it was pretty obvious he was saying he definitely wasn’t voting for Joe Biden.

Because he knows, like most rational and sane people, that socialism sucks.

Socialism sucks almost as much as it would suck to be Ben Askren getting knocked out by Jorge Masvidal in the fastest UFC KO ever.