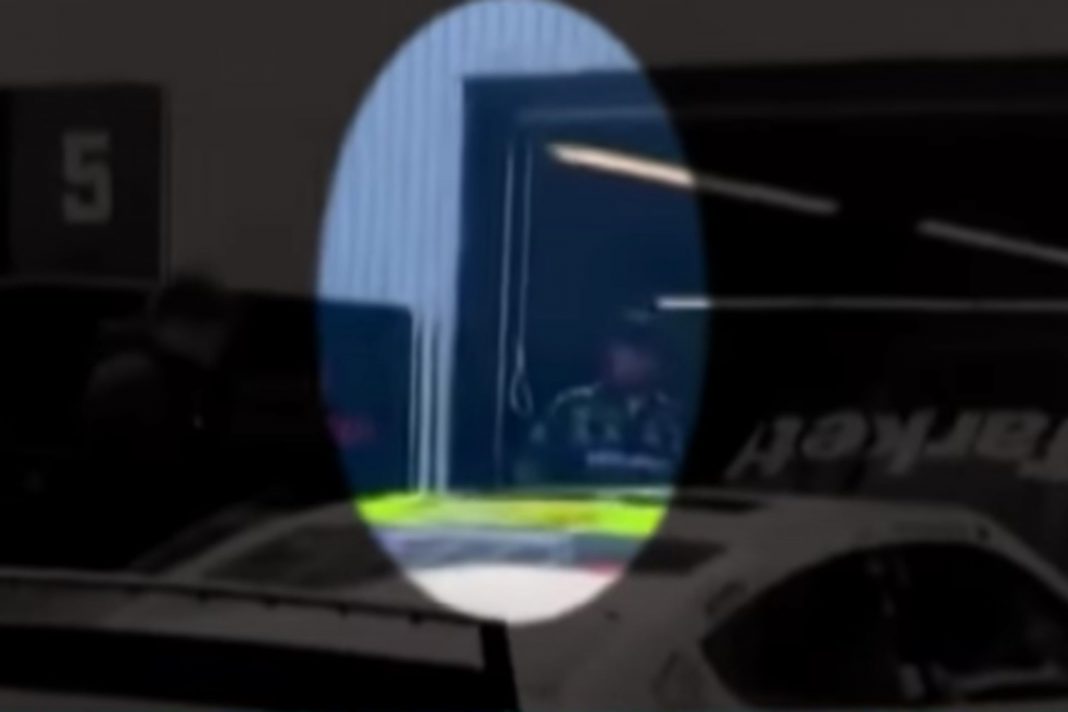 As the only major sport running, NASCAR is enjoying the extra attention from “woke” ESPN anchors.

So they tried to pull off a politically-charged stunt to appeal to the Social Justice Warriors (who notoriously love NASCAR).

But the FBI released the results of the Bubba Wallace “noose” investigation and it unraveled everything.

The sporting world was rocked by reports of a “noose” found in Bubba Wallace’s garage stall before the recent race at Talladega.

Wallace is the only black driver in NASCAR and has recently set off a firestorm by leading the charge on the removal of the Confederate flag.

NASCAR has been unsuccessful in the past in banning the Confederate flag and is looking for a way to enforce the flag bans with their fans.

What better way than to concoct a hate crime against the sport’s lone black full-time driver?

ESPN immediately seized on the story, thinking they could finally help inject “wokeness” into the sport.

NASCAR drivers even put on a show, rallying around Wallace before the green flag dropped at Talladega.

After a short investigation, the FBI came to the conclusion that this incident was not a hate crime.

In fact, the supposed “noose” that was found in Wallace’s garage was there all the way back in October 2019. There was simply no way someone could’ve predicted Wallace would be assigned that stall – not to mention drivers weren’t even allowed in the garages at the time.

Video evidence and FBI statements show that the “noose” was nothing more than a garage door pull down rope.

Meanwhile, NASCAR officials continue to refer to the garage door pull down rope as a “noose” and ignore the fact that the same style rope was found in other garage stalls.

Bubba Wallace Doubles Down for NASCAR on CNN

After the results of the FBI’s investigation were made public, Bubba Wallace went on air with CNN’s Don Lemon to continue pleading his – now debunked –case.

That’s when Wallace uttered something that had Sports with Balls scratching our heads.

Wallace described his in-person meeting with Phelps, saying “Tears rolling down his face. Choked up on every word that he was trying to say. The evidence that he brought to me that a hate crime was committed.”

So, it was the president of NASCAR who initially presented the case to Wallace that a hate crime had been committed against him.

As much as 75 percent of NASCAR’s revenue comes from corporate sponsorships.

It’s no secret NASCAR has been feeling the pressure from corporate sponsors like Amazon and Visa to capitulate to the PC mob.

It’s very plausible that NASCAR execs thought they could use a staged hate crime against the lone black driver as a guise to appease “woke” corporations without alienating their core fans. They thought they could pin the blame on some podunk deplorable.

But NASCAR never imagined the FBI would get involved and unravel their scheme.

If NASCAR continues to insult and run away from its old school southern fanbase in a futile attempt to fill the stands with people who will never give it the time of day, the future of the sport looks bleak.

Many fans believe Bubba Wallace –who never saw the “noose” – is getting played by NASCAR execs determined to appease their corporate sponsors.

Who do you think is to blame for this hate crime hoax?