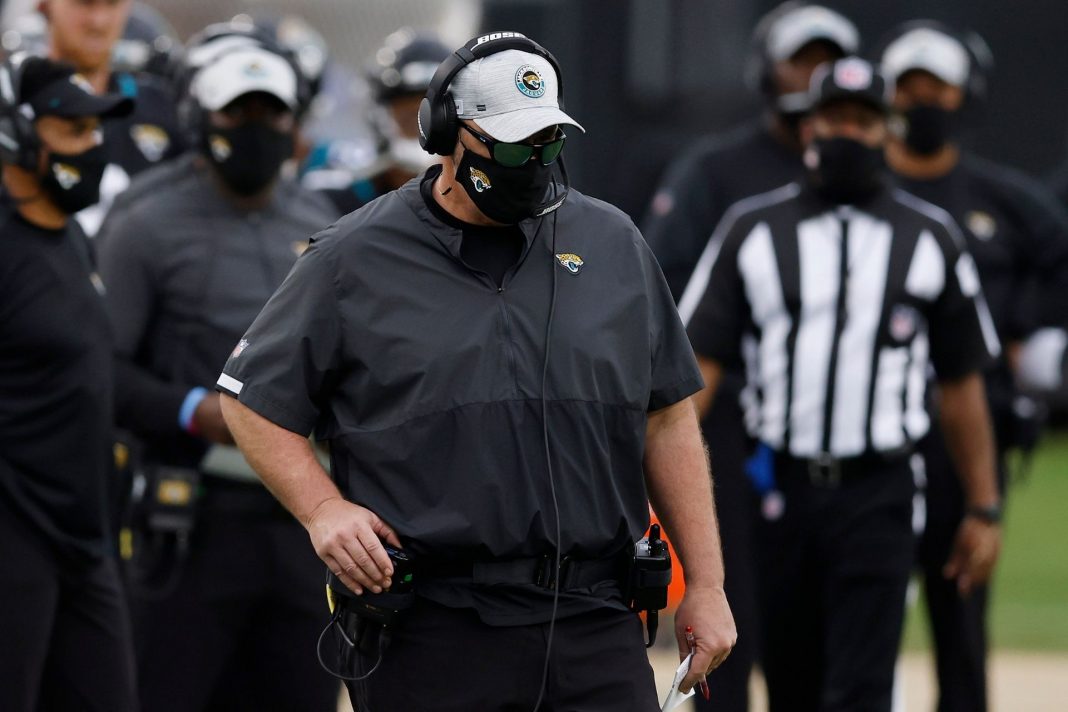 With the NFL regular season coming to an end, the silly season is officially upon us.

As teams across the league chose to move on from their current coaches and chart a new direction, rumors of possible hires will run rampant.

And those rumors have already begun to fly with the Jacksonville Jaguars reportedly looking to hire one of the best college football coaches of all-time.

It has been 26 years since the Jacksonville Jaguars became an expansion franchise in the NFL.

In that time, they’ve made the playoffs just seven times, and have only been to the postseason once since 2007.

But with a league worst 1-15 record this season, they are set to have the first overall pick in the upcoming NFL draft, giving them the opportunity to turn their fortunes around with the correct selection.

So it’s no surprise the Jaguars are reportedly very likely to move on from head coach Doug Marrone, who has won less than 35% of the games he’s coached for the team over the past five seasons.

What is a bit of a surprise though is who the franchise is apparently looking to hire as Marrone’s replacement.

According to the NFL Network’s Ian Rapoport, the Jaguars top target for their next head coach is former Ohio State and Florida head coach Urban Meyer.

From @NFLGameDay: The #Jets are expected to move on from coach Adam Gase, while the #Jaguars are likely to do the same with coach Doug Marrone. Stories: https://t.co/HnEgz440BV and https://t.co/1q6jeVgXJY … and video 👇🏻 👇🏻 👇🏻 pic.twitter.com/HKGZcxwH1t

It is important to note that after Rapoport’s report, and others, the Jaguars released a statement saying reports claiming Marrone would be fired after Sunday’s game were false, and that team owner Shad Khan would meet with the entire staff this week.

Statement from Jim Woodcock, #Jaguars owner Shad Khan’s spokesman: "Reports that Doug Marrone will be dismissed after Sunday’s game are 100 percent incorrect. Owner Shad Khan will meet with his football staff, which includes coaching and personnel, midweek next week.”

Regardless, it appears that when the Jaguars do inevitably fire Marrone – most likely after his mid-week meeting with the team owner – the franchise will set their sites on Urban Meyer.

In fact, as Rapoport reported, Meyer fully expects he has the job if he wants it, and has even gone so far as to begin lining up a staff in preparation for accepting the job.

“The team has shown interest in former Florida and Ohio State coach Urban Meyer, who has been lining up a staff and telling people he’s close to in the football community that he expects to land in Jacksonville, per sources,” Rapoport wrote.

Should all of these dominos fall into place and Urban Meyer does in fact become the Jaguars next head coach, it will undoubtedly be this offseason’s most interesting hire to watch unfold.

The Jaguars are in desperate need of an upgrade at head coach, and with Clemson quarterback Trevor Lawrence likely to be their first overall pick, selecting a coach known for prolific offenses that are driven by the quarterback position is a no-brainer.

But college coaches making the jump to the NFL rarely work out, with Alabama head coach Nick Saban being the most high profile coach to try his hand in the pros before quickly moving back to the college ranks.

The skill set that makes an Urban Meyer or Nick Saban two of the best college coaches of all-time simply doesn’t translate to the NFL.

Recruiting five-star high school students isn’t exactly a skill that’s needed in the NFL, and oftentimes the motivation tactics that work on a college athlete trying to get to the next level fall on deaf ears when they’re used on millionaire adults.

The Jaguars obviously want to make a splash with this hire and secure the best coach they possibly can, and Meyer checks all of those boxes.

However, Meyer also has a sterling reputation as a college head coach that could easily be tarnished if his foray into pro football doesn’t pan out.

And let’s not forget that Urban Meyer has stepped down from head coaching jobs twice in the past decade for health related reasons that aren’t exactly conducive to the lifestyle of an NFL head coach.

All in all, Urban Meyer may very well step into the Jaguars head coaching role, draft Trevor Lawrence, and have as much success as a guy like Seahawks coach Pete Carroll has since he made the jump from USC to Seattle.

But at the same time, it may be even more likely that this hire ends in disaster for both sides.

No matter what, it will definitely be interesting to watch this all play out.