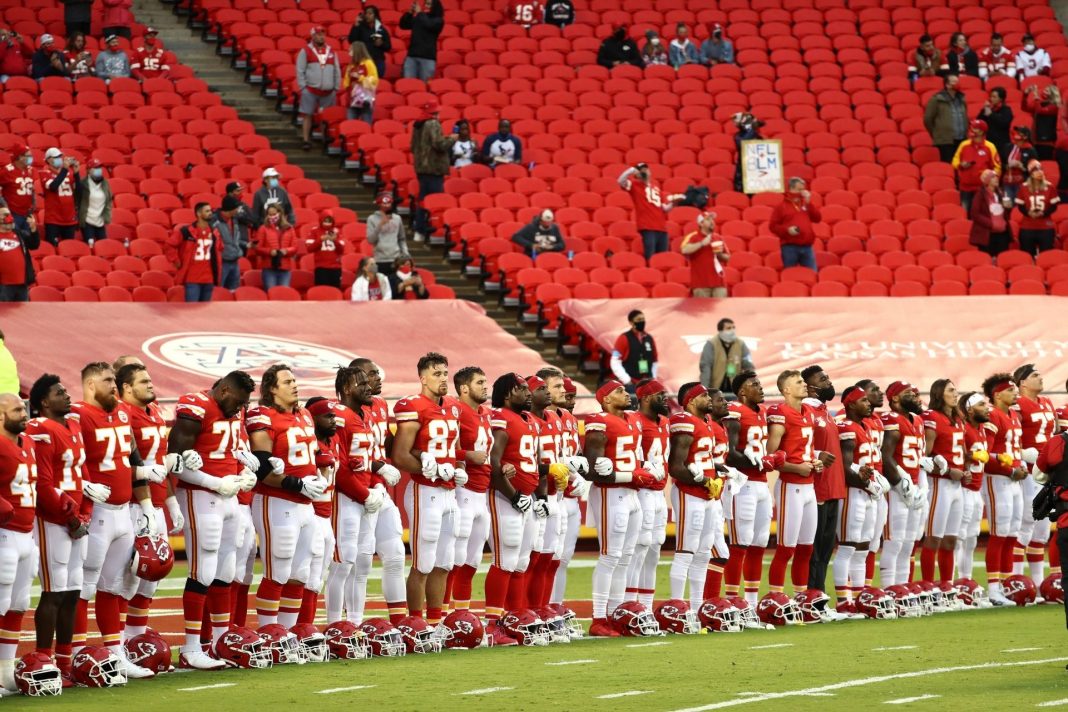 Leftists won’t be happy until they drain all joy out of professional sports.

Just within the past year the Washington Redskins and the Cleveland Indians have fallen victim to the “woke mob.”

And now the Kansas City Chiefs are catching hell from the Left for planning to do this during the Super Bowl.

Wouldn’t it be nice if we could get through just one week without the Left losing their minds over the dumbest little things.

It’s just been non-stop lunacy from the Left freaking out over everything from team names to players supporting President Trump.

Just look at how the NFL’s Washington franchise went from being one of the most iconic teams in the league as the Redskins to now just the Washington Football Team.

ESPN: The Washington Redskins are going to be known as the… Washington Football Team until a new name is officially adopted. pic.twitter.com/tU1lto74AD

This is what happens when you let your four-year-old name the dog.

Why is the NFL and teams listening to the “woke mob,” who couldn’t tell you the difference between a touchdown and a touchback.

This is literally what the league is caving too:

Visiting the US Senate to raise awareness about the impact of racist mascots. Schoolin peeps in hopes of some "NO" votes on the upcoming stadium/land proposal in DC. No land or tax giveaways for the Washington @Redskins Racialslurs football club! #ChangeTheName! pic.twitter.com/FwORNAMSDQ

But don’t worry, now that we are all saved from the racist Redskins nickname, now the Left is going to save us from the Kansas City Chiefs’ horrifying tomahawk chop.

Just before the Super Bowl, a Native American advocacy group is going to hold a protest about the Chiefs’ use of the tomahawk chop right outside of the big game.

The group protesting, called the Florida Indigenous Rights and Environmental Equality, will be marching with signs and chanting right outside of the Buccaneers’ Raymond James Stadium.

And the co-founder of the group claims:

Now the team [Chiefs] wants to backtrack and say we are being culturally appropriate and we are being respectful of indigenous people by saying no headdresses,” Norris said. “And that is a good start, but the fans are still operating as if it is an indigenous-type atmosphere because you are still called the Chiefs. And you can still do this movement that looks like a tomahawk chop, but we are going to call it a drum beat instead. It is kind of silly. Just change it.

The sad thing is that we all know how this is going to end.

The Chiefs will continue the legacy of past teams in caving to the pressure and will probably get rid of their iconic name and logo as well.

Many are curious though what will make the Left’s butt hurt next once all of these professional sports teams cave to their commands.