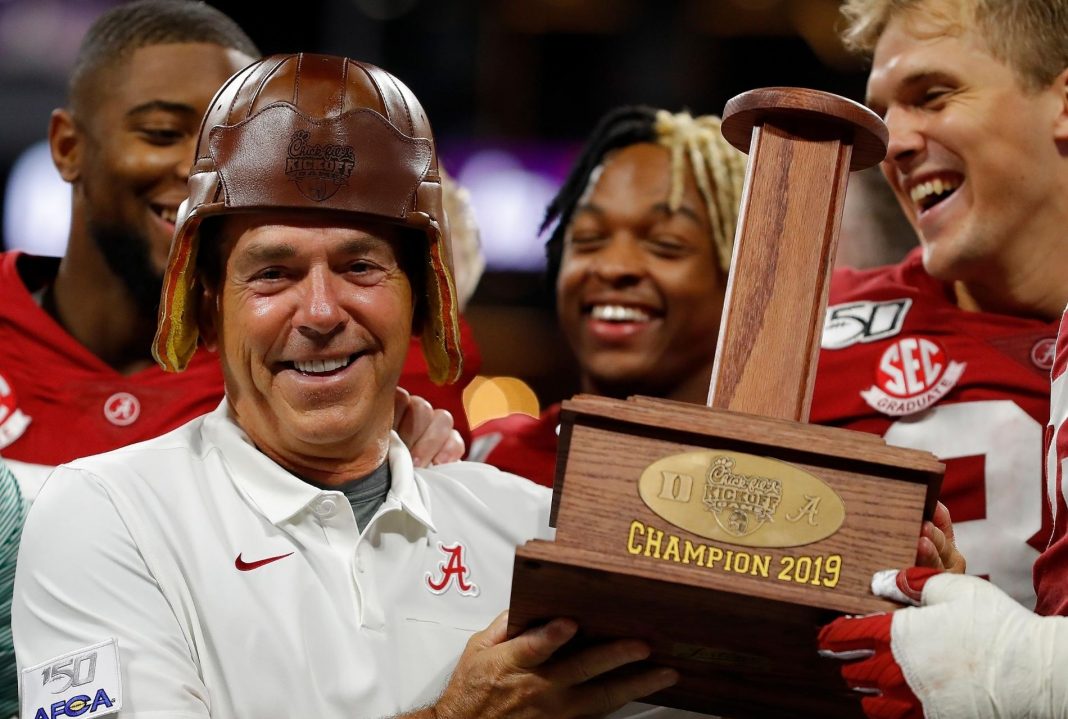 Sports are getting more “woke” far quicker than ever imagined.

The left’s takeover of sports culture is nearly complete after years of nudging.

Now the last football coach anyone expected just catered to the outrage mob.

Alabama Crimson Tide Coach Nick Saban is not known for his sensitivity.

Coach Saban is notoriously crusty during media interviews, and routinely chews out players even when Alabama is up six touchdowns in the 4th quarter.

But Saban is between a rock and a hard place. He’s facing pressure from players, the media, and college administrators to become “woke.”

So Coach Saban recently led his team on a march for social justice across campus.

Saban also gave a speech and said, “I’m proud of the ‘all lives can’t matter until black lives matter’ video that we did early on that I think had a positive impact. It was something we did together as a team. I’m very proud and supportive of what they’re trying to say in a peaceful and intelligent way.”

Coach Saban is far from becoming the social justice warrior leftist ESPN commentators want him to be, but coaches that haven’t built a career like his may be more susceptible to caving into the mob.

Coming together in support of a cause is fine, but that’s not what the latest “social justice” orchestrated by the left is all about.

The point is to sow chaos and division and activate public figures with platforms to the cause of the political left.

College football had shown more resistance against the hard-left turn than the NFL; The last four national champions all visited the White House without incident, and no FBS players kneeled during the national anthem.

But things can change quickly.

Oklahoma State head coach Mike Gundy was forced to apologize for wearing a One America News Network shirt during a fishing trip.

And many PAC-12 and Big Ten players flirted with the idea of unionizing.

Beating back the increased influence of leftwing politics on sports is incredibly difficult, and college football may be the next battleground.

Sports with Balls will keep you up-to-date with as college football season begins.