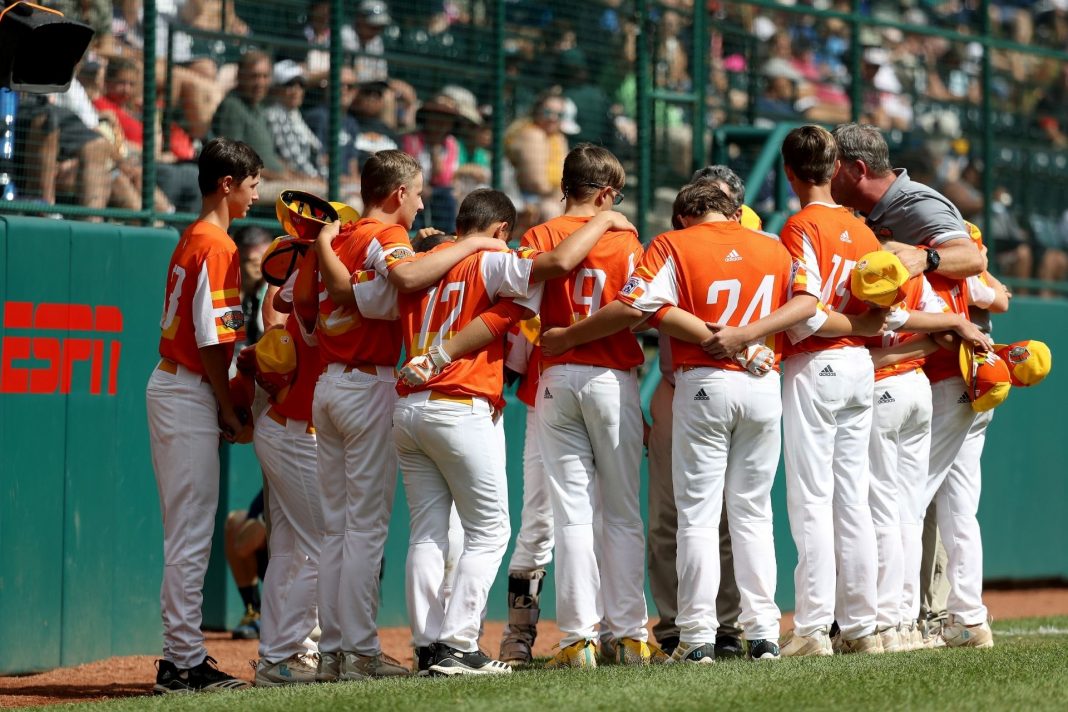 The Little League World Series has always been one of the most awesome sporting events to watch year-in and year-out.

But apparently, the pure love of the game and competition that was so prevalent in the tournament all these years, has been replaced by the participation trophy mentality.

The entire point of youth sports is to help teach kids life lessons through team competition.

Learning how to play as a team, how to be unselfish, how to work hard toward a shared goal, how to have discipline, and all the other lessons that can be learned through youth sports stick with you better than others simply because you really didn’t realize you were leaning them while you’re having fun competing with your friends.

At the same time, there are other important lessons that youth sports can teach you, like how to deal with losing and adversity.

It’s become clear through this year’s Little League World Series, though, that those lessons are becoming a thing of the past — if they’re, sadly, not already.

Take for example this Little League World Series pitcher who threw a no-hitter.

Obviously, that’s a remarkable feat for any baseball player at any level of the sport, and one that deserves praise.

But who was the first one to rush out to congratulate him?

It wasn’t his teammates, or his coaches, or his parents, or one of the half dozen ESPN cameramen stationed around the tiny field.

No, it was the opposing team’s coach – the same coach who’s team couldn’t even manage to get a single hit against the kid.

Eli Jones throws a no-hitter in the LLWS…

1st person to congratulate him?
The opposing coach. pic.twitter.com/ZjFt0froCt

Sure, sportsmanship is important, as everyone completely agrees you shouldn’t teach 12-year-olds to throw a fit or act inappropriately anytime they lose.

But what type of message is a Little League coach sending to the impressionable young men he’s coaching when he runs onto the field after they just got their butts handed to them by one scrawny kid whose adult teeth still haven’t grown in completely and hugs him for dominating them all day?

There’s a time and a place for such things, and at that moment, that coach’s place is in his own dugout, teaching those kids that this is how life works – sometimes things just don’t go your way, so you work harder next time to try and clean up all of the mistakes you made while you were getting your brains beat in.

All this coach did was let his team know that when you’re absolutely dominated, you’re just supposed to smile and give the person who just owned you a big hug.

On top of that situation, we also had another Little League pitcher give up an absolute moonshot of a home run to an opposing batter, only to then watch as the ball sailed over the scoreboard before sprinting over to the opposing batter and to give him a high-five for slapping his best pitch into another dimension.

The pitcher sprinting to home plate to high five the hitter. pic.twitter.com/g56nIoDxnn

Again, there is a time and place for such things.

All this overzealous sportsmanship nonsense has done is glorify losing, while teaching kids that being competitive is bad.

That pitcher should have been taken out of the game immediately, because obviously he’s not there to help his team win – he’s just there to go through the motions, and then be super happy when he’s part of the reason his team is losing 10-1 at that point in the game.

Look, no one is saying that sportsmanship in and of itself is a bad thing – it’s not.

Everyone knows that whether it’s kids or professional athletes, learning to lose with dignity and being respectful is an important aspect of sports, and life.

However, that doesn’t mean you bend over backwards to kiss the butt of your opponent and tell them how great they are after they just beat you into oblivion.

Losing should hurt, it should be something young men absolutely despise and dread, because at the end of the day sports are nothing but a metaphor for life.

You should want to win no matter what you’re doing, because that means you put in the work, you overcame adversity, you left it all on the field, and in the end, everything you put into it got you to the top step of the podium.

Yet, the “wussification” of America and the participation trophy mentality have completely taken all of that out of sports.

As long as you just show up, you’ll be rewarded in the end.

And, needless to say, that’s why we now have generations growing up with “safe spaces,” a belief in a universal basic income so they can sit at home and play video games all day, and a belief that by graduating with a liberal arts degree you are entitled to a six-figure starting salary and a position as CEO of the company by the time you’re 25-years-old.

Unfortunately, the latter portion of that cycle is playing out right before our very eyes.

We just better hope we can survive it.