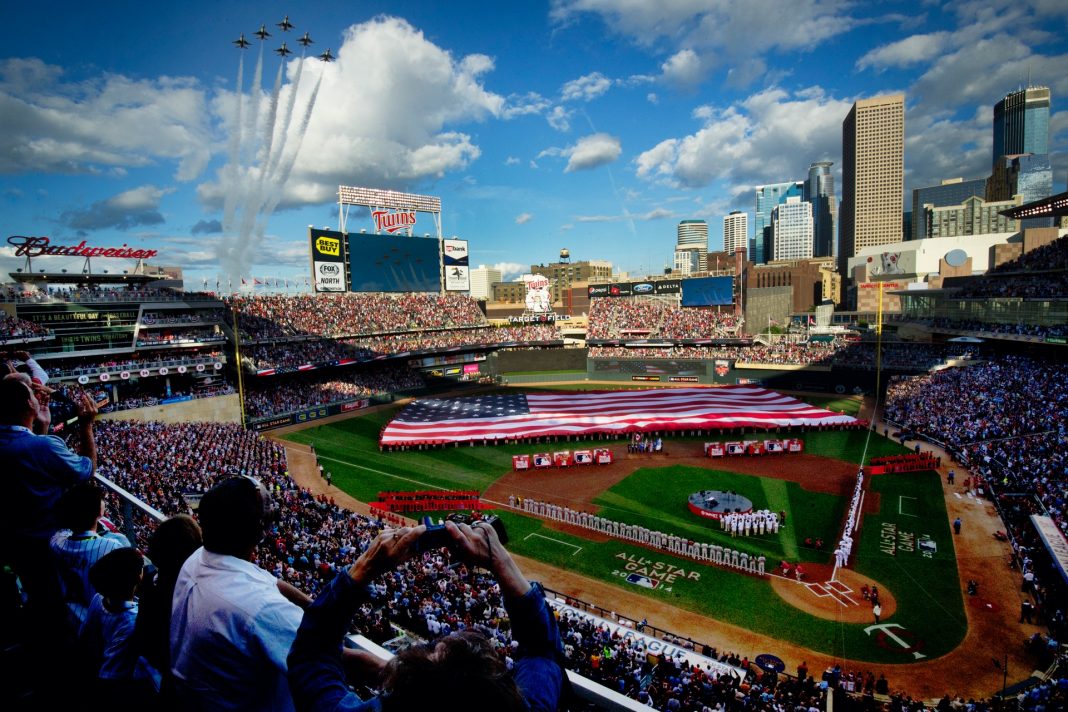 NASCAR, golf, and the UFC are coming back.

But Americans are desperate for America’s pastime – the smell of fresh cut grass and the sound of the crack of a bat.

And Major League Baseball made a proposal to start the season that included a ban on one thing that put everything on hold.

The Major League Baseball players’ union has agreed to ban high fives in hopes it will speed up the season opening.

No player will be allowed to hug or fist bump in celebration of a home run or walk-off hit.

MLB has laid out a 67-page document of return-to-play rules with a huge list of bans and strict regulations.

Apparently, baseball thinks they can replace players with robots.

But have they even considered what implementing these ridiculous “Social Distancing” rules would do to the game?

Can you imagine what a World Series victory celebration would look like?

Remember when the Boston Red Sox beat the New York Yankees in the 2004 ALCS in Yankee stadium?

Imagine them having to be six feet apart.

Or what about when Robin Ventura charged the mound after getting plunked by Nolan Ryan?

We would’ve been robbed of a classic melee that ended with Robin Ventura getting his butt kicked by a 46-year-old man.

It’s true that Coronavirus is deadly. But athletes who have access to the top medical professionals in the world are far from “high risk.”

What do you think about baseballs ban on celebrations?

Let us know your thoughts in the comments section below.