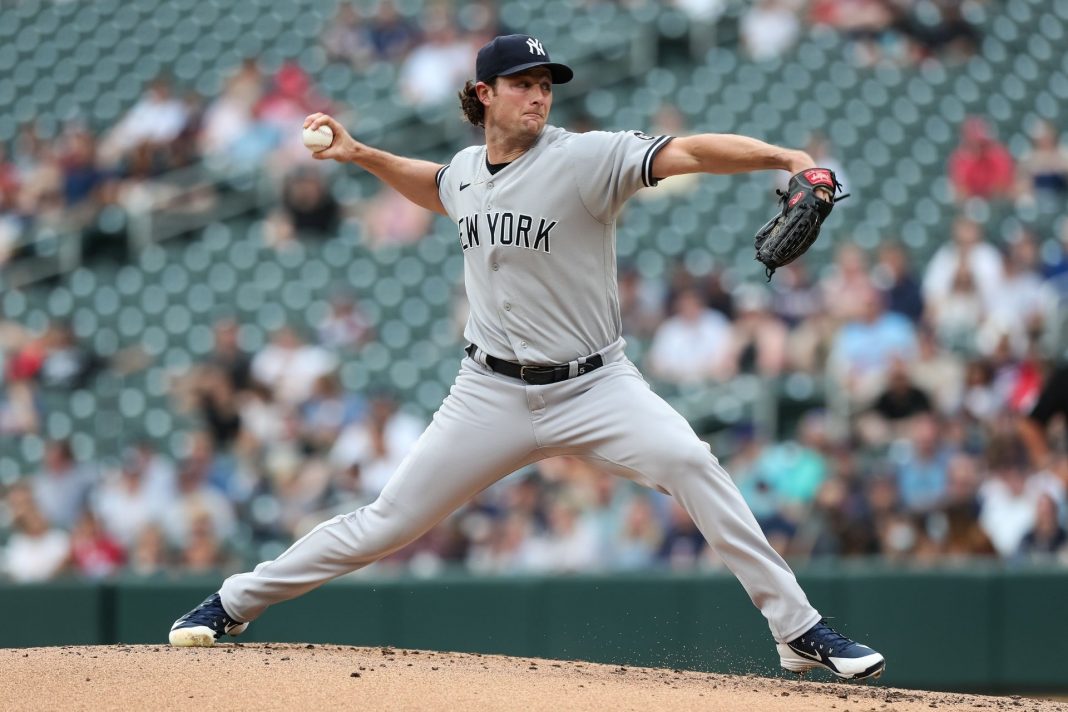 Like many sports, cheating has been a part of baseball since its inception, with scandals like the fixing of the 1919 World Series and the steroid era causing the sport major issues.

But after the Houston Astros recent sign stealing scandal, the MLB seems determined to stop cheating before it becomes a major storyline.

And their latest crackdown appears to be exposing this top pitcher as someone who’s been cheating for years.

Last week, the MLB informed teams that they are making a concerted effort to enforce the league’s ban on the use of foreign substances by pitchers who are seeking to get a better grip on the baseball in order to gain a higher spin rate on the ball.

While the MLB has yet to formally announce exactly how they’re going to enforce their crackdown, the idea of having umpires inspect every pitcher’s hat, glove, and uniform has been floated around, causing pitchers across the league to become more than a little paranoid.

Almost immediately following the league’s announcement, four minor league players were all hit with 10-game suspensions for using foreign substances, which only served to emphasize how serious this is being taken by officials.

Interestingly, though, one top pitcher seems to have been more affected by this crackdown than any other – well, it’s either that or it’s the most coincidental timing in the history of mankind.

Gerrit Cole has been one of the most elite pitchers in baseball for a few years now, and he parlayed that success into a $324 million contract with the New York Yankees.

And up until now – in his second year of that massive contract – he’s basically proven to be worth the money, even if the Yankees haven’t been what their disillusioned fan base who still believes it’s the early ‘00s expects.

However, immediately following the MLB’s crackdown on pitchers using foreign substances, something rather mysterious happened to Cole almost overnight.

In his last start against the Minnesota Twins, Cole’s spin rates – the rate of the rotation of the ball after a pitcher releases it, which dictates velocity and movement on breaking balls – plummeted across the board.

It was so noticeable to everyone watching the game, that even some Twins players commented after the game that it was odd that Cole seemed to suddenly be a totally different player than the one they’ve faced over the past few years.

And to add to the speculation that Cole has been using foreign substances to go from a good to a great pitcher, when asked specifically if he had previously used Spider Tack – a product used by powerlifters to increase grip – Cole gave the most curious, yet revealing, response of all-time.

“I don’t know how to quite answer that, to be honest,’’ Cole said. “There’s customs and practices that have been passed down from older players to younger players.”

If that is not an admission of guilt, nothing is.

But with the crackdown and possibility that he can be severely punished for foreign substances, that benefit is no longer there, so Cole has had to change his ways and it definitely shows.

Sure, he’s still immensely talented, and will win plenty of games without it, but he’s definitely not going to be the dominant pitcher baseball fans have come to know any longer.

At the same time, for a guy who’s spent the better part of a decade skirting the rules, he could also find another way to get the grip he can only achieve with illegal substances.

Does he continue to have issues without the aid of foreign substances, or does he magically find his spin rate again?

No matter what direction he takes, the truth will continue to reveal itself – either he used foreign substances to get where he is and can’t perform at that level without them, or he’ll have found a new way to get superhuman grip on a baseball.

There’s really no in between, as he’s now very likely been fully exposed as a cheater and a fraud.

And there’s really no coming back from that, especially in baseball.

Just ask Barry Bonds, Mark McGuire, Sammy Sosa, and basically every other star of the ‘90s and early ‘00s.