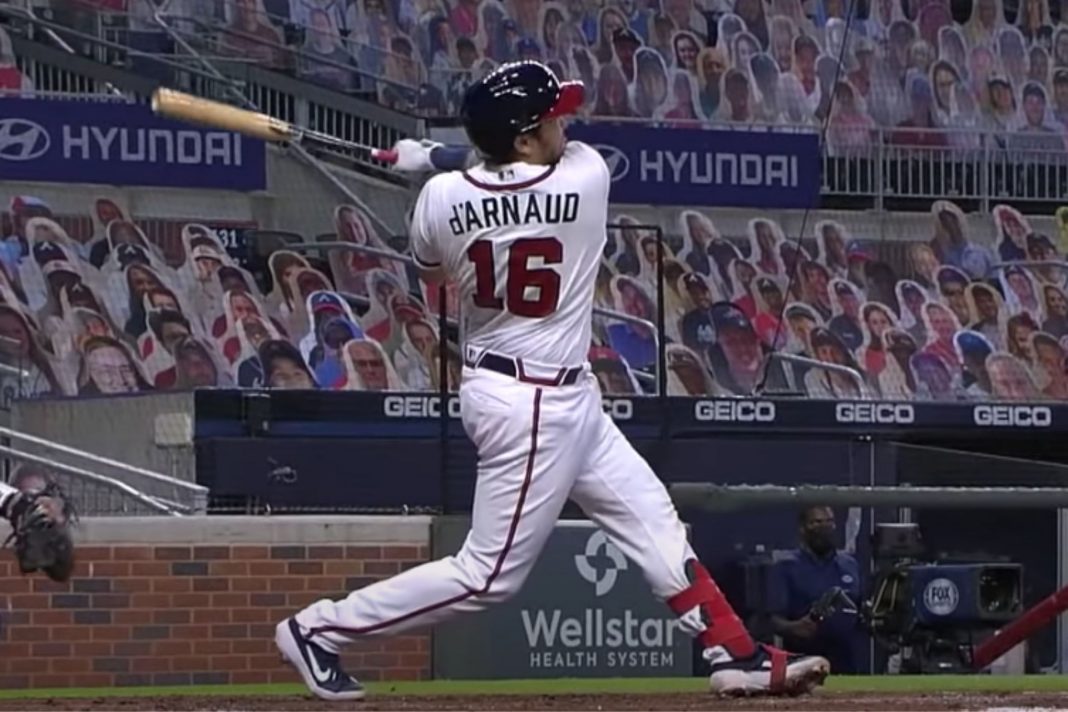 And now new teams like the Atlanta Braves are in the Left’s crosshairs.

But a poll just came out that blew their plan to smithereens.

2020 has been a banner year for the Left’s cancel culture crusade.

Just in the sports world alone, the Washington Redskins became “The Football Team” and the Cleveland Indians announced that they will be parting ways with their classic name and logo.

Now all eyes are on the Atlanta Braves.

In recent years, the Braves urged fans (when they could actually go to games) to stop doing the “Tomahawk chop” for fear of drawing the ire of Social Justice Warriors.

That move only staved off the mob for a short time.

Social Justice Warriors are insisting that the name “Braves” is somehow “racist” and degrading to Native Americans.

Any well-adjusted American can see the nickname is meant to honor them.

In fact, RealClearPolitics released a poll showing the majority of Georgia are against changing the Braves name by saying “71.8% said no, 19.7% said yes, and 8.5% reported not having an opinion” on changing the name.

The Braves were once protected by the conservative majority that thrived in Georgia and around Atlanta.

But it’s 2020 so like everything else that can go wrong, Georgia is now a “toss up” state with a lot of upside for Leftists to take advantage of.

And now that the two Republican Senate candidates are in a fight for their political lives in a runoff race, the Atlanta Braves have become a hot button issue.

Both Republican candidates Kelly Loeffler and David Perdue have taken a rare stand against the Left by releasing a statement of support for the Atlanta Braves.

Their joint statement read, “We adamantly oppose any effort to rename the Atlanta Braves, one of our state’s most storied and successful sports franchises. Not only are the Braves a Georgia institution – with a history spanning 54 years in Atlanta – they’re an American institution.”

And it actually looks like pushing back against cancel culture may be a winning issue for the two Republican candidates.

Maybe 2021 can start off on the right foot by giving a win for normalcy and sending a statement against the woke mob trying to wreck all good sports names.