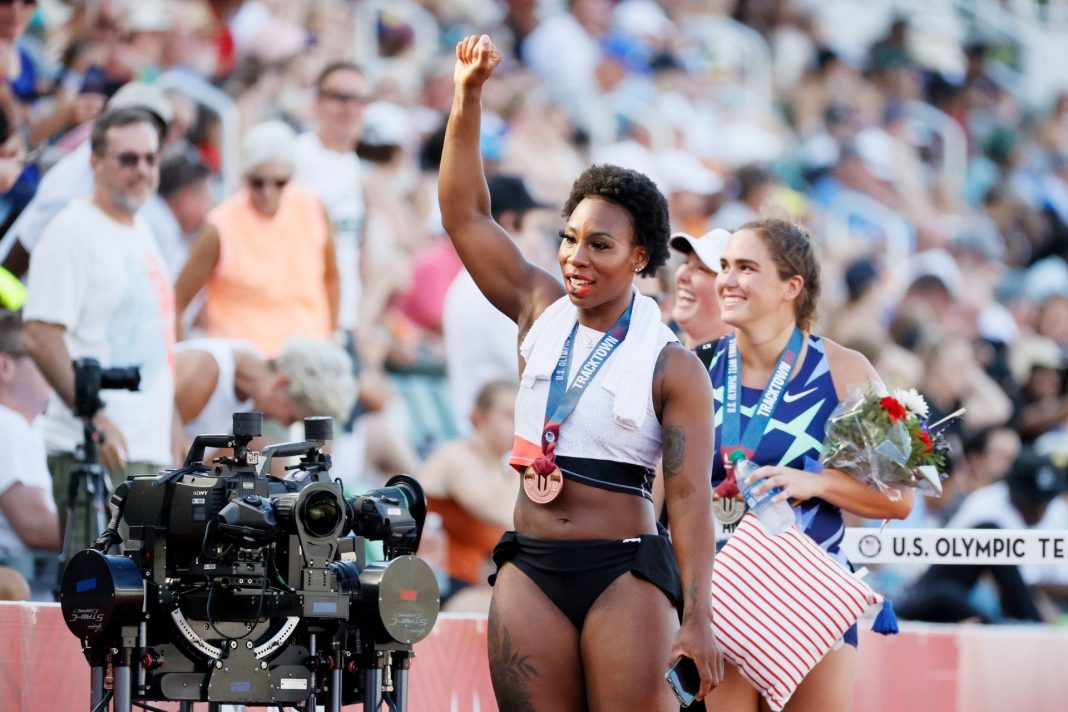 Americans hoped the rash of national anthem protests were over.

Unfortunately, those hopes were just dashed.

As the national anthem began to play, what an Olympic athlete did next will horrify you.

Track and Field athlete Gwen Berry became a name of infamy at the Olympic Trials in Portland, Oregon.

Berry qualified for the U.S. Olympic team with a third place showing in the hammer throw.

But that achievement was quickly overshadowed by Berry’s antics on the medal podium.

As Berry stood at the podium the national anthem began to play.

First place finisher DeAnna Price and runner up Brooke Anderse stood at attention with their hands over their hearts while facing the flag.

But Berry began pouting and turned away from the American flag.

Berry then put a shirt over her head that read “Activist Athlete.”

After the event, Berry claimed her goal is to inject her anti-American politics into the Olympic Games.

“My purpose and my mission is bigger than sports,” Berry stated.

A spokeswoman for USA Track and Field spokeswoman explained that “the national anthem was scheduled to play at 5:20 p.m. today. We didn’t wait until the athletes were on the podium for the hammer throw awards. The national anthem is played every day according to a previously published schedule.”

Berry later whined that officials promised they would not play the U.S. national anthem while athletes seeking to represent the United States of America were out on the field of competition.

“They said they were going to play it before we walked out, then they played it when we were out there,” Berry added. “But I don’t really want to talk about the anthem because that’s not important. The anthem doesn’t speak for me. It never has.”

Texas Congressman Dan Crenshaw went so far as to demand that Team USA kick Berry out of the Olympics.

That is unlikely to happen.

But that doesn’t mean the uproar over Berry’s anti-American protest will die down any time soon.