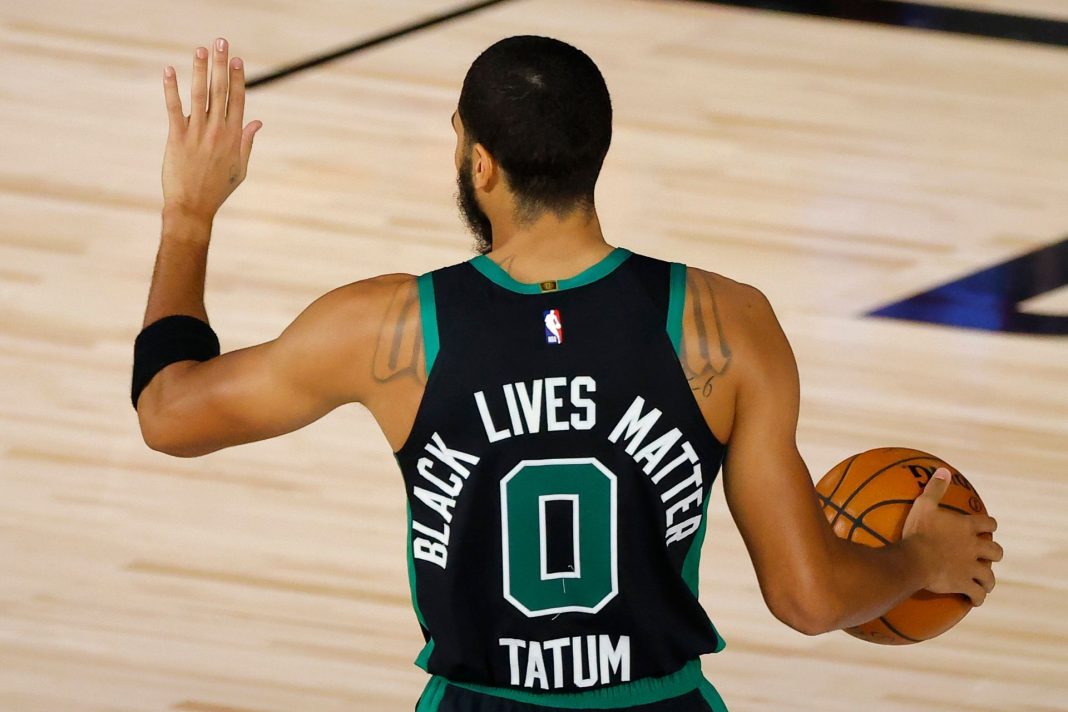 No sports league identified itself more with the Black Lives Matter movement than the NBA.

The league turned its games into a showcase for the anti-American protests.

And now the league announced one change for next season to the league’s anti-American protest.

Ratings for the NBA finals cratered.

The first three games were the lowest rated NBA finals telecasts in history despite the fact that the finals featured the league’s marquee franchise – the Los Angeles Lakers – and the league’s biggest star – LeBron James.

Many analysts attributed the league’s declining popularity to the NBA turning every game into a political protest.

The league painted “Black Lives Matter” on the courts at the bubble in Orlando.

Players wore social justice messages on the backs of the jerseys.

And nearly everyone knelt for the national anthem.

In an interview with Rachel Nichols of ESPN, NBA Commissioner Adam Silver admitted defeat and revealed that when the NBA returns for the 2020-2021 season “Black Lives Matter” won’t be on the court and players will wear their name and not social justice messages on the backs of their jerseys.

“We’re completely committed to standing for social justice and racial equality and that’s been the case going back decades. It’s part of the DNA of this league. How it gets manifested is something we’re gonna have to sit down with the players and discuss for next season. I would say, in terms of the messages you see on the court and our jerseys, this was an extraordinary moment in time when we began these discussions with the players and what we all lived through this summer. My sense is there’ll be somewhat a return to normalcy, that those messages will largely be left to be delivered off the floor,” Silver began.

Commissioner Silver also acknowledged the reality that Americans use sports as an escape from politics.

“And I understand those people who are saying ‘I’m on your side, but I want to watch a basketball game,’” Silver added.