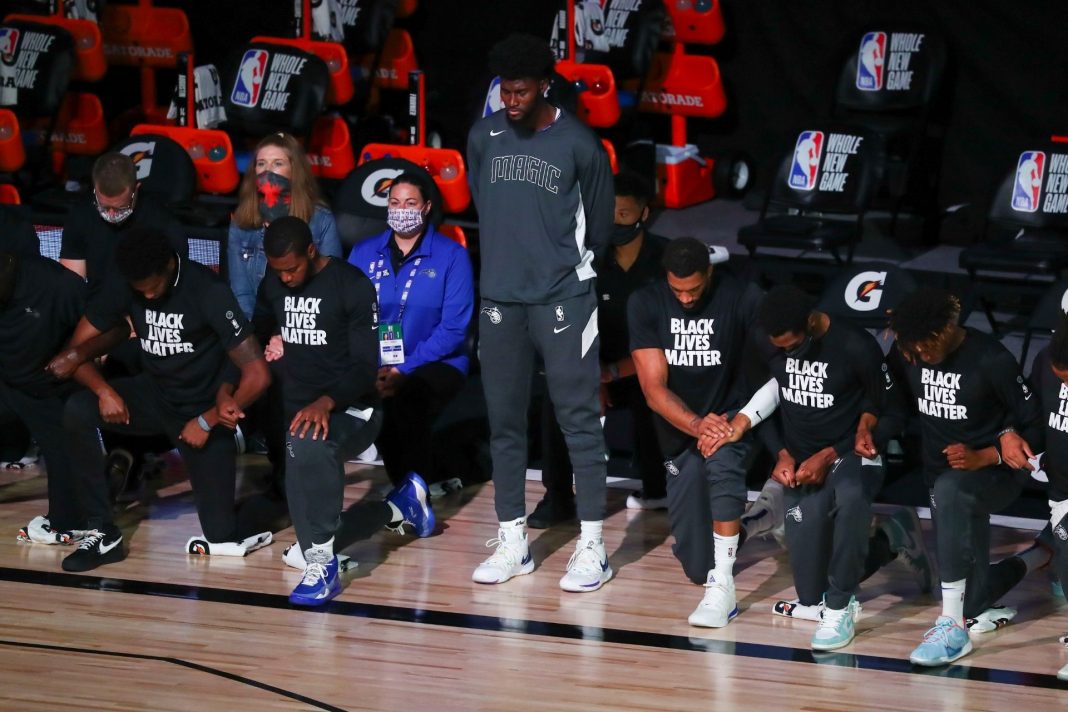 The resumption of the NBA season has been a complete failure.

The league’s full embrace of woke politics had alienated many fans.

Now the NBA just got some disastrous news about their ratings.

Life inside “the bubble” at Disney World isn’t exactly rosy.

It turns out that concerns over the coronavirus would be the least of the NBA’s worries.

The league has made a full-throated endorsement of far-left social justice causes, and Americans have responded by tuning out.

Despite the fact millions of Americans are starved for entertainment in the midst of a pandemic, people still aren’t watching.

The Conference Finals just got underway, and the NBA saw a dramatic dip in ratings.

Game one of the Eastern Conference Finals between the Boston Celtics and Miami Heat drew only 4 million viewers, down 27% from last year’s ratings.

This doesn’t bode well for a league that has had to deal with PR nightmares Left and Right.

A recent Harris Poll showed that 38% of fans who are watching fewer games say it’s because the league has become “too political.”

This is coming off the heels of the Milwaukee Bucks leading a boycott of an NBA game over the shooting of alleged rapist Jacob Blake in Kenosha, Wisconsin.

Every other team in the playoffs (and teams in other sports) obediently followed suit and refused to play.

NBA on TNT analyst Kenny Smith even walked off the set in solidarity with the players.

That moral panic was on top of the league allowing meaningless slogans on the back of jerseys, phrases like “group economics” and “education reform.”

And the sidelines of the courts have been emblazoned with the mantra “Black Lives Matter.”

Players have also knelt for the national anthem.

Orlando Magic forward Jonathan Isaac chose to stand for the anthem, and he was harassed by the press for his decision.

The next game, Isaac tore his ACL on a freak play, and ESPN’s Dan LeBatard joked on Twitter about Isaac’s misfortune because he didn’t bend the knee to wokeness.

Meanwhile, the NBA has been conspicuously quiet about human rights abuses perpetrated by China against the people of Hong Kong and the Uyghur Muslims.

People see the hypocrisy of the league, and they can’t stand it.