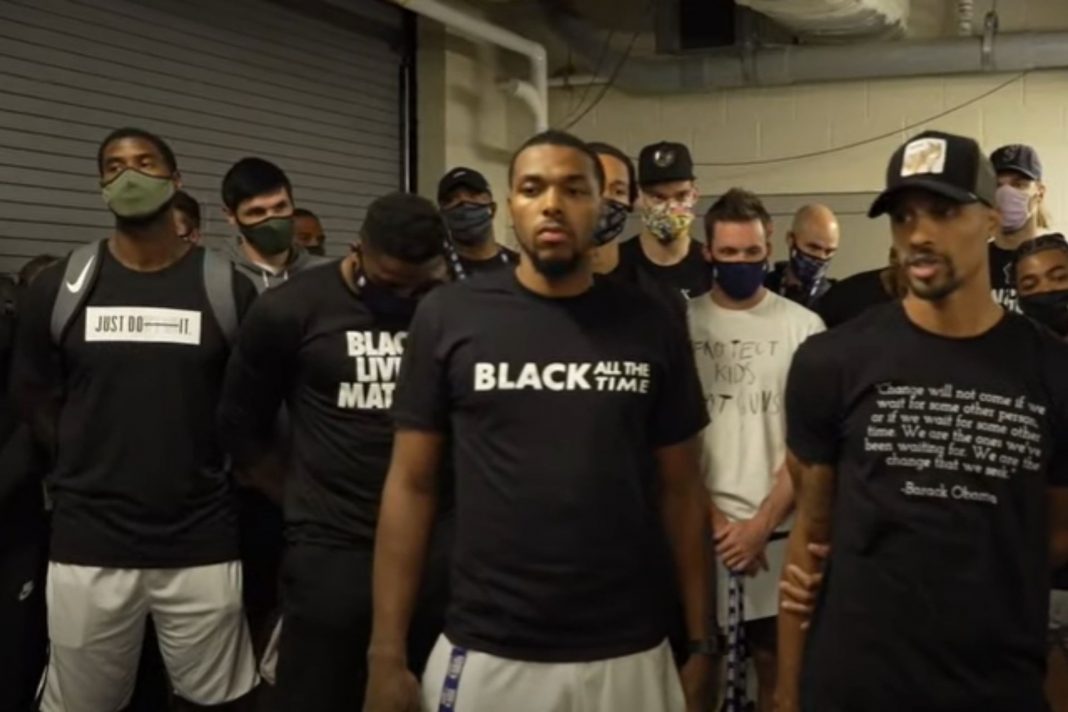 After postponing the season due to the coronavirus outbreak, fans were hoping the return of sports would mean life was returning to normal.

Now the NBA is falling apart as protests escalate after one team refused to take the court.

Viewers want to see these athletes competing in the sports they excel at – to be entertained – to tune out whatever else is going on at the time.

Not now that “woke” political activism has completely taken over professional sports.

That’s exactly what happened on Wednesday night as the Milwaukee Bucks refused to take the court for Game 5 of their playoffs with the Orlando Magic.

The Bucks’ decision to “boycott” the game was over the police shooting of Jacob Blake, which the NBA’s “woke” professional investigators like LeBron James have already determined was just another case of a “racist” white cop shooting an innocent black man.

As Outkick’s Jason Whitlock noted, “It’s very difficult to investigate police shootings and play NBA playoff games. Officer James is clearly unaware of a second video that shows police on the opposite side of Blake’s car wrestling with Blake on the ground. Blake escapes the police, gets to his feet and walks to the driver’s side of his vehicle.

“I’m sure someone on the NBA Police Review Board will show James the second video at some point . . .”

Turns out, professional ball players agree with Whitlock that it’s hard to play and investigate shootings.

So they decided not to play at all.

As a result, the NBA and NBPA decided to postpone all three of the games that were to take place Wednesday.

The NBA and the NBPA today announced that in light of the Milwaukee Bucks’ decision to not take the floor today for Game 5 against the Orlando Magic, today’s three games – MIL-ORL, HOU-OKC and LAL-POR have been postponed. Game 5 of each series will be rescheduled.

In the end, it’s not clear what at all the players’ pointless protest will accomplish.

It’s not drawing attention to Jacob Blake – the three nights of full-scale riots in Kenosha, Wisconsin have done that.

Our Sports with Balls team of experts were left scratching our heads over this one.