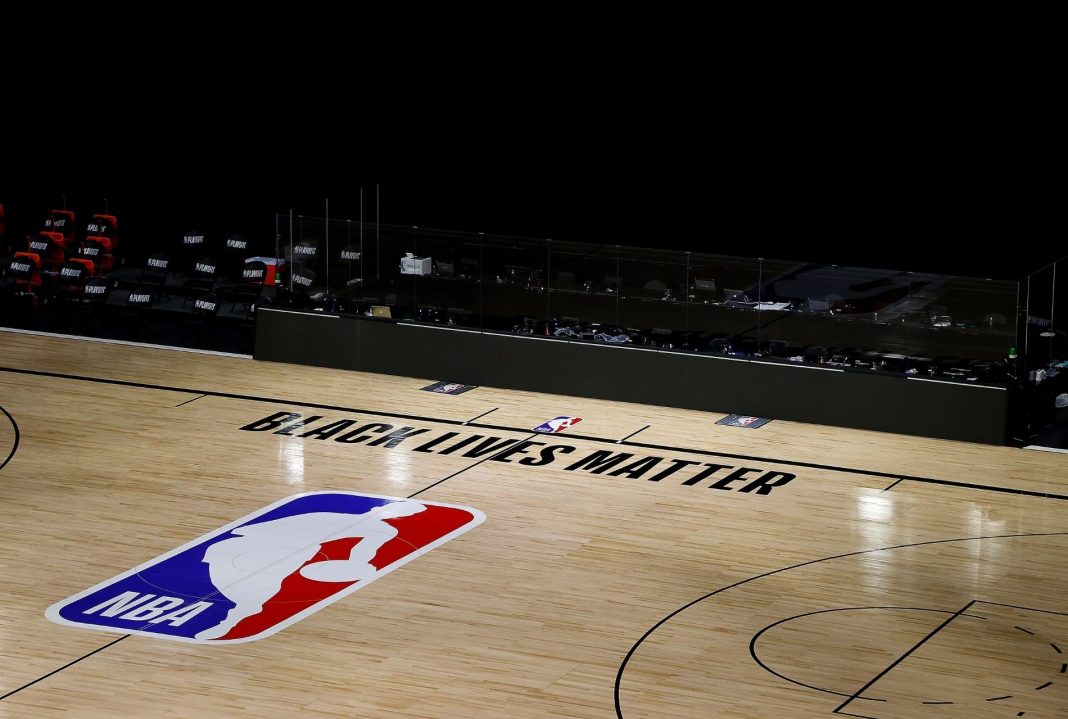 2020 means pro sports in America have devolved into a carnival of left-wing political activism.

And the NBA planned a massive anti-Trump protest. It just backfired in this major way.

No sports league in America leaned into the demands for athletes and coaches to no longer “stick to sports” than the NBA.

After the NBA’s return from the coronavirus hiatus, the league painted the Black Lives Matter logo on the courts at its Orlando bubble and the players wore Democrat Party-approved social justice slogans on the backs of their jerseys instead of their names.

But the lowlight of the league’s political activism was a massive protest where the players went on strike for three days in the middle of the playoffs after Kenosha police shot accused rapist Jacob Blake.

The Fake News Media lauded this protest – which was designed to hurt President Trump’s re-election by threatening to take away sports from the American people – as sports leading the way for change in America.

“People are tired of watching the highly political @NBA,” Trump posted on social media. “Basketball ratings are WAY down, and they won’t be coming back. I hope football and baseball are watching and learning because the same thing will be happening to them. Stand tall for our Country and our Flag!!!”

League ratings were down 40 percent through the first round of the playoffs.

Overall, ratings for the now-concluded first round were down 27 percent from last season, per Nielsen. The league’s ratings has also dropped 40 percent from two years ago, Burack wrote.

The first round of the playoffs were an extension of the declining ratings prior to the NBA hiatus in March.

According to a report from Sports Business Daily in February, national television viewership for regular-season games nosedived 12 percent compared to 2018-19. Again, those were the league’s pre-hiatus numbers.

There is one big reason for this ratings decline: too much politics mixing in with sports.

Harris polled Americans on whether they were watching more or less sports since their return this summer.

Among the sports fans that watched fewer games, the number one reason was too much politics.

“The league has become too political” was the clear choice, with 38% of respondents who identified themselves as sports fans. “Boring without fans” captured 28% of the vote while the NBA’s association with China caused 19% of sports fans to turn the dial.

As the 2020 election nears and college and pro football begin their seasons, the amount of left-wing political activism in sports will only increase.

And if the early numbers are any indication it will just lead to more Americans turning off the TV.