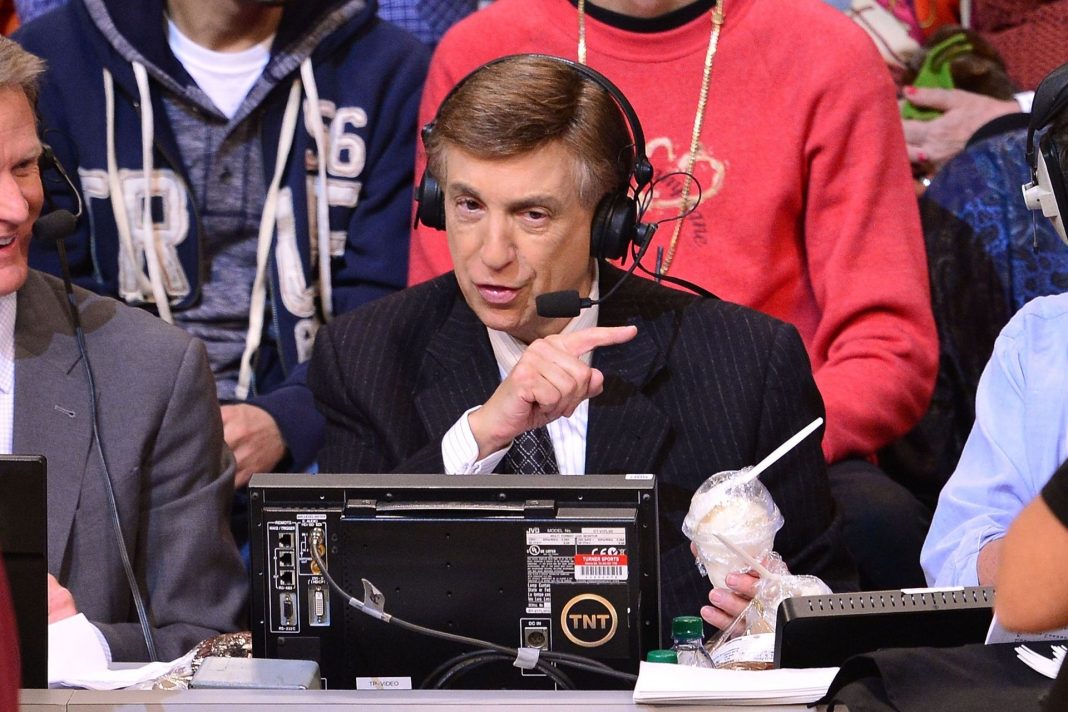 The NBA is about to enter its hottest period of its season as the playoffs start.

This championship chase is one of the most wide open postseasons anyone can remember.

But the NBA was just turned upside down by one shocking retirement.

There is no broadcaster more closely associated with basketball than TNT’s Marv Albert.

The soon to be 80-year-old Albert has been calling games on TV since 1986, after starting out as the radio voice of the New York Knicks in 1967.

Albert’s heyday was the early to mid 1990s where he was the lead play-by-play announcer for NBC’s coverage of the NBA.

During those years, Albert called five of Michael Jordan’s six championships as well as the 1992 Olympic “Dream Team” that won the Gold Medal at the Barcelona Summer Olympics.

Albert’s signature call of “yes!” after a made basket was the defining catch phrase for a generation of NBA fans.

In 1999, Albert took on play-by-play duties for TNT’s coverage of the NBA and his final assignment ever will be the network’s coverage of this year’s Eastern Conference Finals.

“My 55 years of broadcasting the NBA has just flown by and I’ve been fortunate to work with so many wonderful and talented people,” Albert said in a statement announcing his retirement. “Now, I’ll have the opportunity to hone my gardening skills and work on my ballroom dancing.”

Albert also called the NFL for NBC and CBS, Major League Baseball, boxing, and the NCAA Tournament, but his lasting legacy will be the NBA.

In his career, Albert called 13 NBA Finals and 25 NBA All Star Games.

But this year will be his last and the NBA’s dwindling TV audience will be looking for a new signature voice.