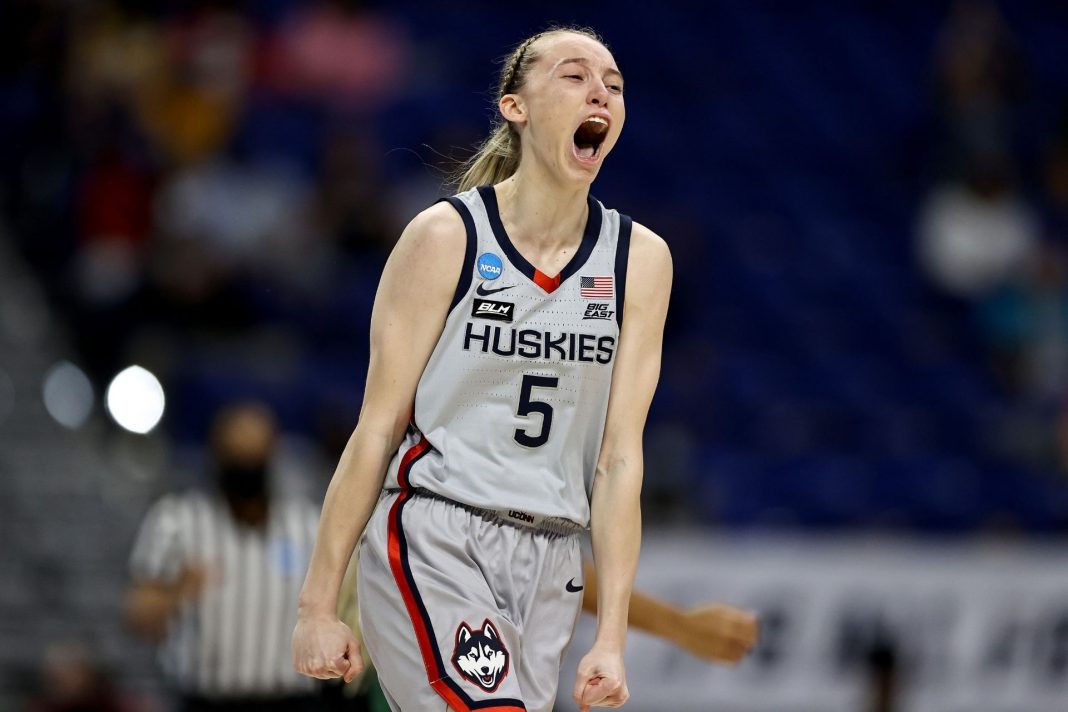 The NCAA has a lengthy history of using college sports to advance the far-left political agenda.

Outside of exploiting college athletes to make billions of dollars, there’s nothing they love more than pushing far-left policies.

Their latest move proves just that too, as the NCAA has gone all-in on the far-left’s quest to destroy women’s sports.

Back in 2017, the North Carolina General Assembly passed HB2, a law that simply prevented men from using women’s restrooms.

For most, it seemed to be common sense to enact a law that would prevent rapists and pedophiles from claiming to be women in order to gain access to women and young girls who were at what is possibly their most vulnerable moments.

But for a far-left organization like the NCAA, that law was apparently so egregious that they proceeded to hold the state hostage for over a year, banning NCAA tournament games from being played in the state and robbing small businesses of millions of dollars of revenue.

Along that same vein, the NCAA has now once again decided to go all-in on harming women.

On Monday, the NCAA released a lengthy diatribe outlining their full-throated support for allowing biological men to compete in women’s sports.

“The NCAA Board of Governors firmly and unequivocally supports the opportunity for transgender student-athletes to compete in college sports,” the NCAA said in their statement. “This commitment is grounded in our values of inclusion and fair competition.”

While the NCAA claims their stance is based on their commitment to “fair competition,” they failed to explain how exactly allowing biological men to take opportunities from female athletes is even remotely close to “fair.”

Lawmakers in 28 states are reportedly in the process of enacting laws that would require athletes to compete in sports with those of their biological gender in order to maintain a level playing field and protect athletic opportunities for female athletes.

As such, the NCAA’s statement also indicated that the organization would only allow their future championships to be played in states that agree with their far-left ideology by creating a so-called environment “free of discrimination.”

While the far-left ripped the NCAA throughout March Madness for their alleged mistreatment of female basketball players – providing the women a smaller weight room and different meal options – the far-left has now completely reversed course.

The NCAA has been applauded by far-left activists and the media since the release of this statement for their “progressive” decision to harm women’s sports.

Clearly, the far-left executives at the NCAA care more about the opinions of far-left political activists than they care about the destruction of women’s sports.

And while the NCAA does have a long history of not caring about what’s best for their athletes, this is certainly a new low for an organization that can’t go much lower.