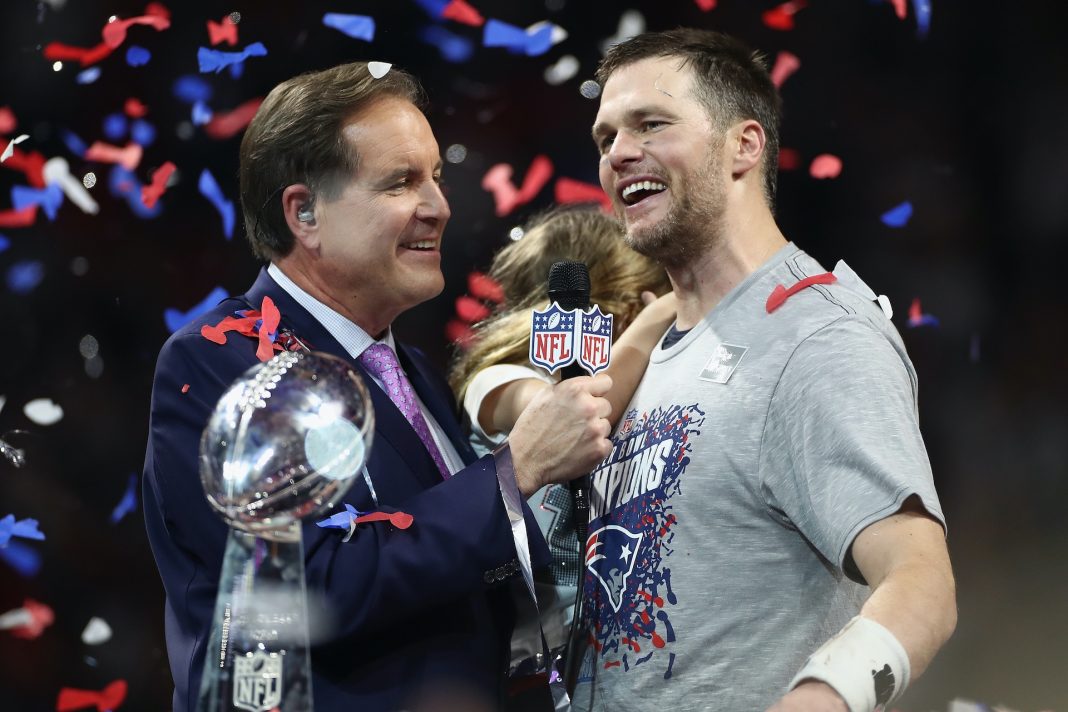 2020 has seen massive upheaval in the NFL.

Many fans are wondering what will become of the league.

And now the NFL could see one major change that no one saw coming.

Jim Nantz has been CBS’ lead play-by-play announcer on its NFL telecasts since 2004.

Before that, Nantz hosted the NFL today and worked as the network’s number two play-by-play man.

Nantz is not just the face of the NFL on CBS, he is also the lead announcer for CBS’ coverage of The Masters, PGA Tour Golf, and the NCAA Tournament.

Nantz’s contract which pays him a reported $6.5 million per year is coming due and Nantz reportedly wants “Tony Romo money” to remain with the Tiffany network.

Jim Nantz, the face of CBS Sports, is looking for “Tony Romo money” in what is shaping into a potential showdown between the network and its longtime star, The Post has learned.

Sources said Nantz is seeking to top the $17.5 million yearly salary Romo received on a new contract signed right before the pandemic hit as everything perfectly aligned for the standout NFL analyst.

Tony Romo is the most celebrated analyst in maybe all of sports.

Viewers enjoy how Romo can diagnose pre-snap formations and motion to accurately predict what play a team will run and where the ball will go.

Other lead NFL play-by-play announcers such as Joe Buck of Fox and Mike Tirico of NBA reportedly make around $10 million per year.

So Jim Nantz is asking CBS to reestablish the market for lead announcers.

If Jim Nnatz leaves CBS for another network, it will break up one of viewers’ favorite announce teams and change the presentation of the NFL – as well as golf and college basketball – on television.