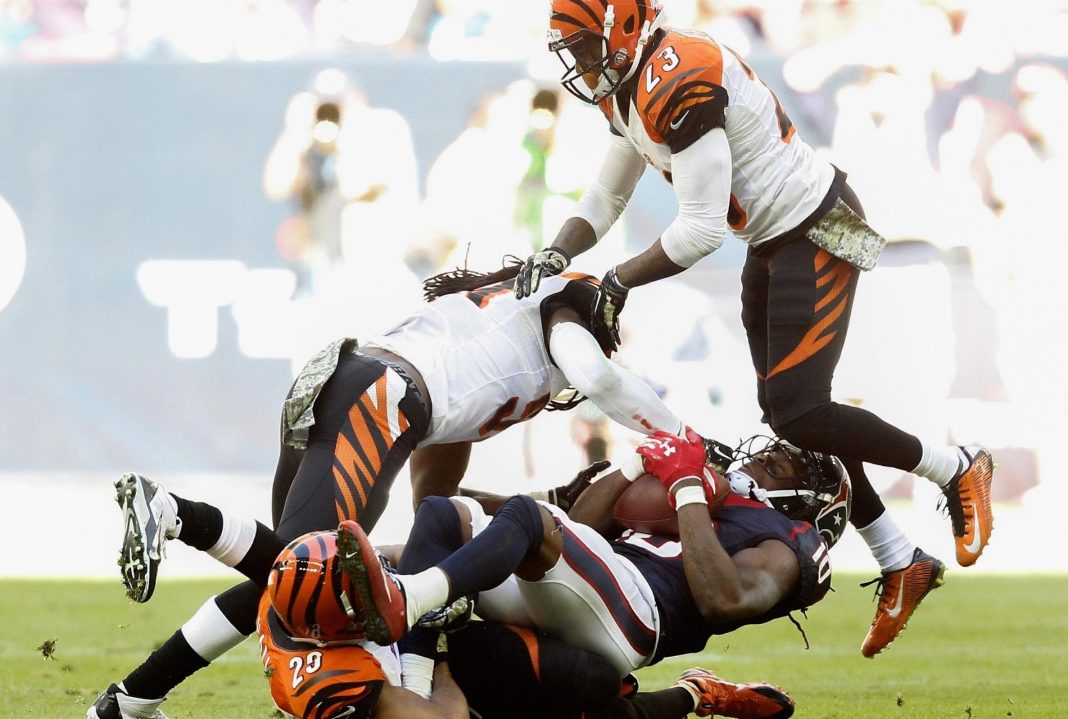 The NFL’s 2021 offseason has been anything but a return to normal.

Now the league may be in for another shakeup.

And the NFL got some bad news about players sitting out this season.

Several players opted out of the 2020 season due to the coronavirus pandemic.

But with vaccines readily available and teams preparing to play in front of full capacity for the 2021 season, the league and its fans believed the virus was in the rearview mirror.

Those thoughts were wrong.

We saw plenty of NFL players opt out last year, and now NFLPA executive director DeMaurice Smith says he wants that option available to players again in 2021. Just a few weeks ago, numerous teams decided against offseason workouts, and now this.
Here’s what NFLPA president and Browns center J.C. Tretter said about the union’s position on boycotting OTAs:

“This is not a 2021 offseason issue. This will be an issue year after year,” he said.

DeMaurice Smith may be taking this stand on behalf of players still hysterical over COVID to win back support from the rank and file who thought Commissioner Roger Goodell ran circles around them in the last collective bargaining agreement.

The NFL owners won the right to add a 17th game while the players got nothing of comparative worth in return.

In addition, the league’s salary cap dropped for 2021 because of a loss of revenue due to a lack of fans in the stands for the 2020 season.

Many suspect players want the opt-out option in their quiver as a bit of revenge and Smith is placating this instinct.