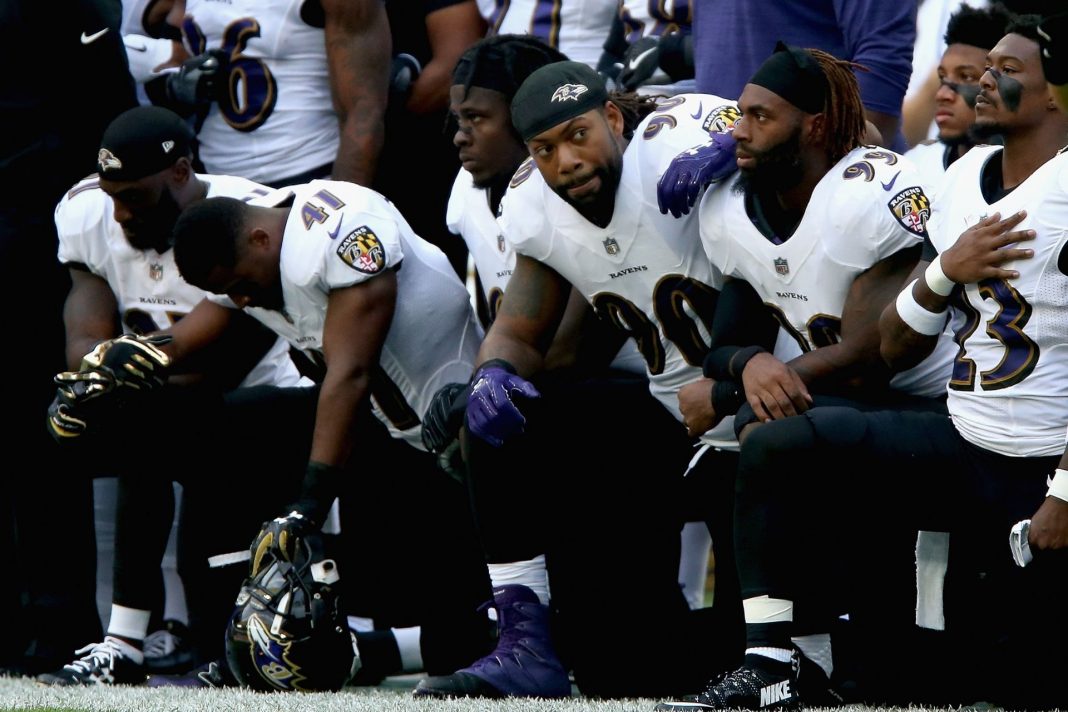 The 2020 NFL season has been mired about the coronavirus.

The league has had to juggle its schedule because of tight testing and quarantining procedures.

Now the NFL got some scary news about its midseason ratings.

NFL ratings are down across the board.

Despite an outlier game here and there, the league has seen a decline in viewership over last year’s ratings.

Front Office Sports, reports “After growing 5% in each of the past two seasons, some TV executives worry the NFL’s 7% drop at the halfway point of 2020 augurs a return to the 2016 and 2017 seasons – when average audiences fell 8% and 10%, respectively.”

The NFL was slowly pulling itself out of the quagmire created by Colin Kaepernick’s anti-American anthem protest.

Kneeling for the flag did not sit well with Americans; stadium attendance dipped and television ratings declined.

The New Orleans Saints and Baltimore Ravens, among other teams, apologized to season ticket holders for the anti-American displays.

A low point for the league occurred during a regular season game in London when both teams knelt for the Star-Spangled Banner, then stood for God Save the Queen.

The NFL has had to compete with a fractious 2020 election, and empty stadiums due to rigid COVID-19 protocols has made for a bizarre television viewing experience.

But perhaps the biggest roadblock for the NFL this year was overcoming fan aversion to the in-your-face social justice messaging.

The league essentially doubled down on the narrative they tried to distance themselves from after the 2016 and 2017 seasons.

The NFL played the unofficial “black national anthem” during week one while some teams decided to stay in the locker room during the pregame ceremonies.

The Pittsburgh Steelers pledged to put the name of a teenager shot and killed by the police, then reversed course after learning he had committed a drive-by shooting shortly before his encounter with the cops.

Since the backlash to the “woke” pandering, NFL broadcasts haven’t shown any pregame rituals and have minimized discussions about hot-button social issues.

The NFL seems to have pivoted away from the wokeness quickly, while the NBA decided to go down with the ship.

The league’s ratings fell off a cliff, and they might’ve lost a considerable chunk of the audience for good.