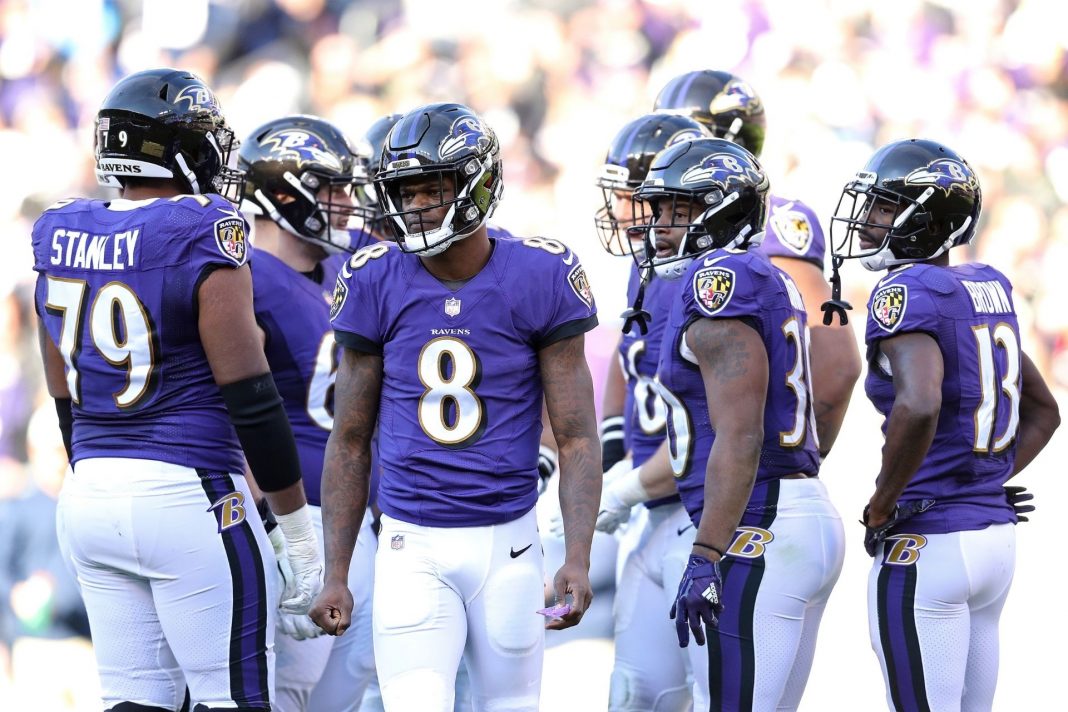 The NFL’s latest crisis is one they never wanted to face.

It could throw the whole season into chaos.

And the NFL is facing a major decision that is bad news for the league’s fans.

Jackson is now the latest of at least a dozen players and staff to test positive for the coronavirus.

The 6-4 Ravens Thanksgiving Night primetime game at the 10-0 Pittsburgh Steelers was already postponed from Thursday to Sunday.

But now the NFL is facing a major decision.

If they cancel the Ravens-Steelers game, they will need to add an extra week to the season as there are no more off weeks league schedulers can use to fit the game.

The NFL could also force Baltimore to forfeit the game.

A member of the Ravens organization reportedly broke COVID protocols and according to a memo sent around by Commissioner Roger Goodell the punishments range from fines and loss of draft picks to forfeiting a game.

The NFL could still play the game on Sunday if the Ravens have enough players.

Even though Jackson is in clear decline from his MVP 2019 season – his QB ratings, yards per attempt, touchdown percentage, and rushing yards per carry are all down this season as his play has regressed – Jackson is still their best option.

And the 6-4 Ravens are still in the hunt for one of the three AFC wild card births.

But if the Ravens are forced to play Robert Griffin III, they would be at a severe handicap going into the Steelers game and since conference record is a major tiebreaker for wild card competitors in different divisions, this could sink their season.

On the other hand, it would not be fair to everyone else to postpone the game if the Ravens have enough players and practice time to play just because they will be without their starting quarterback.