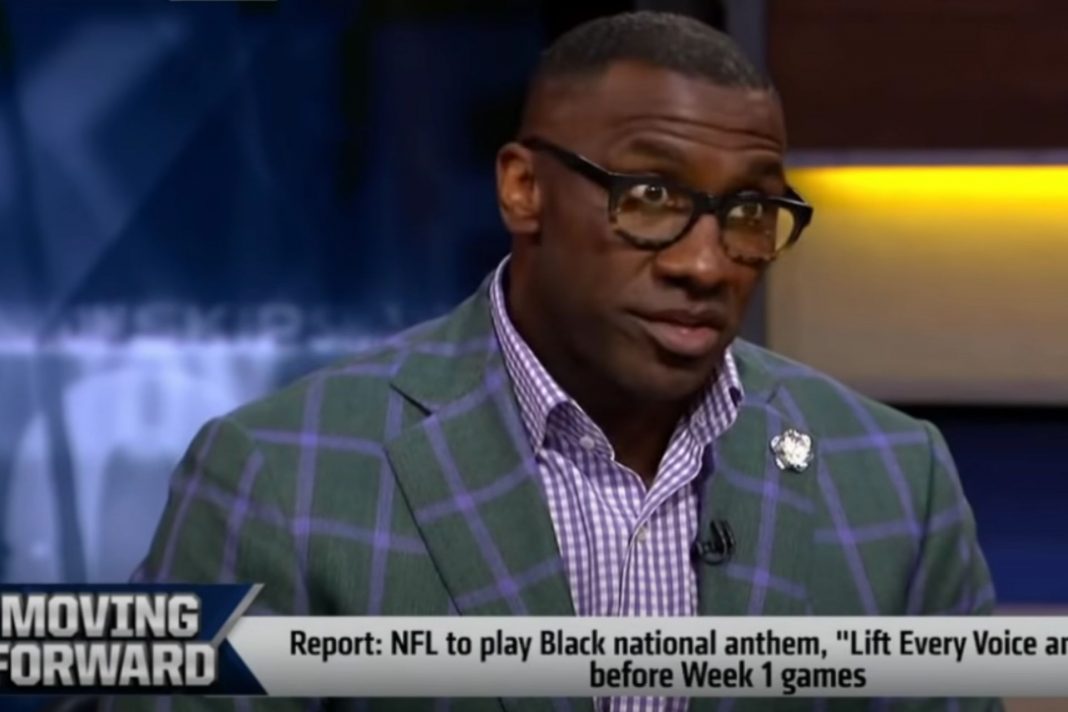 Anti-American Quarterback Colin Kaepernick’s protest during the national anthem sparked a wave of athletes to speak out against Donald Trump and call America racist.

Now the NFL’s national anthem controversy is being taken to a completely different level.

And that’s because the NFL is making one change to the national anthem that will put your jaw on the ground.

The NFL is capitulating to the Black Lives Matter movement on every front.

This season, games on the field are secondary to advancing a far-left political agenda.

And the latest move to appease the angry mob rioting in the streets is the NFL’s decision to play the so-called “Black national anthem” before “The Star Spangled Banner” at every week one game.

“Lift Ev’ry Voice And Sing,” traditionally known as the Black national anthem, is expected to be performed live or played before every Week 1 NFL game, and the league is considering a variety of other measures during the upcoming season to recognize victims of police brutality, a source familiar with the league’s discussions told The Undefeated on Thursday.

The song would be performed before “The Star-Spangled Banner,” the source said. The NFL’s season opener is scheduled for Sept. 10, with the Kansas City Chiefs hosting the Houston Texans.

That wasn’t enough for the mob.

Many players and coaches announced their intention to protest the National Anthem and take a knee.

Will they protest during the Black national anthem?

Is the image the league wants players all standing at attention for the black national anthem while kneeling in hatred of the American national anthem?

Is the NFL getting too political?