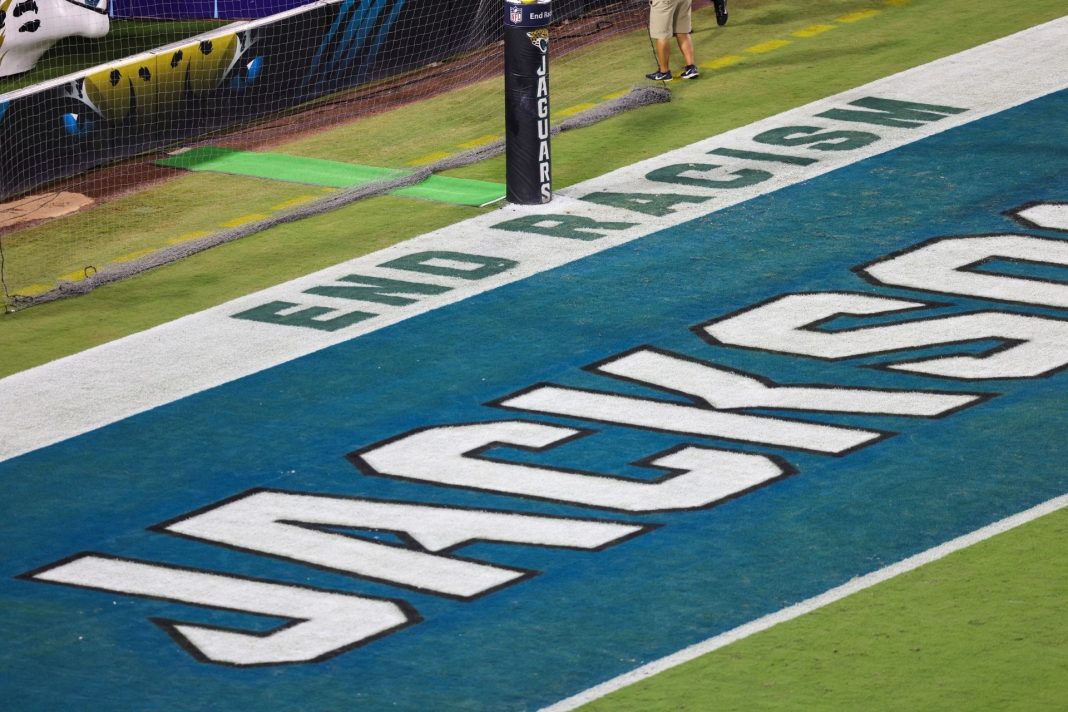 For years the NFL tried to put the national anthem protests behind it.

Colin Kaepernick was gone and ratings were beginning to rebound the past several seasons.

But the NFL is not going to like what it sees now that these new numbers are in.

Other than the NBA, no professional sports league leaned in harder to the Black Lives Matter movement and the national anthem and anti-police protests than the NFL.

The NFL painted Black Lives Matter slogans in the end zones at every stadium, played the so-called “black national anthem” before every week one game and embraced the players kneeling for the national anthem.

Unfortunately for the NFL, the league misread the room.

Fans were enraged that the league embraced an anti-American and anti-police revolution and reacted accordingly.

Kansas City fans booed the Houston Texans and Chiefs when they staged a celebration of Black Lives Matter before the game.

Ratings tanked as all the networks that televised the games prominently featured the national anthem protests as part of their coverage.

By week two, the NFL and its broadcast partners tried to make an adjustment.

The protests disappeared from the TV coverage as the games began at 1PM with the kickoff like in a normal year.

Announcers and media members no longer highlighted which players stood for the anthem and which ones kneeled.

The NFL hoped this would draw viewers back once they found out they would no longer get beaten over the head with propaganda about a racist and Marxist political movement.

But the league got bad news.

Despite an exciting slate of games on Sunday, featuring a down to the wire shootout between the Dallas Cowboys and the Seattle Seahawks and a high scoring Sunday night game between the Green Bay Packers and the New Orleans Saints, the NFL saw ratings declines for every broadcast window on Sunday.

The 1PM games dropped 19 percent from a year ago.

At 4PM – despite the Cowboys being the biggest TV draw in the league and losing a thrilling 38 to 31 contest to the Seahawks that wasn’t settled until the final seconds ratings plunged nine percent from 2019.

The NFL is learning that people don’t want sports and politics mixed.

Sports are supposed to be an escape from everyday life.

But the more the NFL pushes the nonsense that sports and politics must intersect, more and more fans are going to tune out and find another distraction from the everyday world.