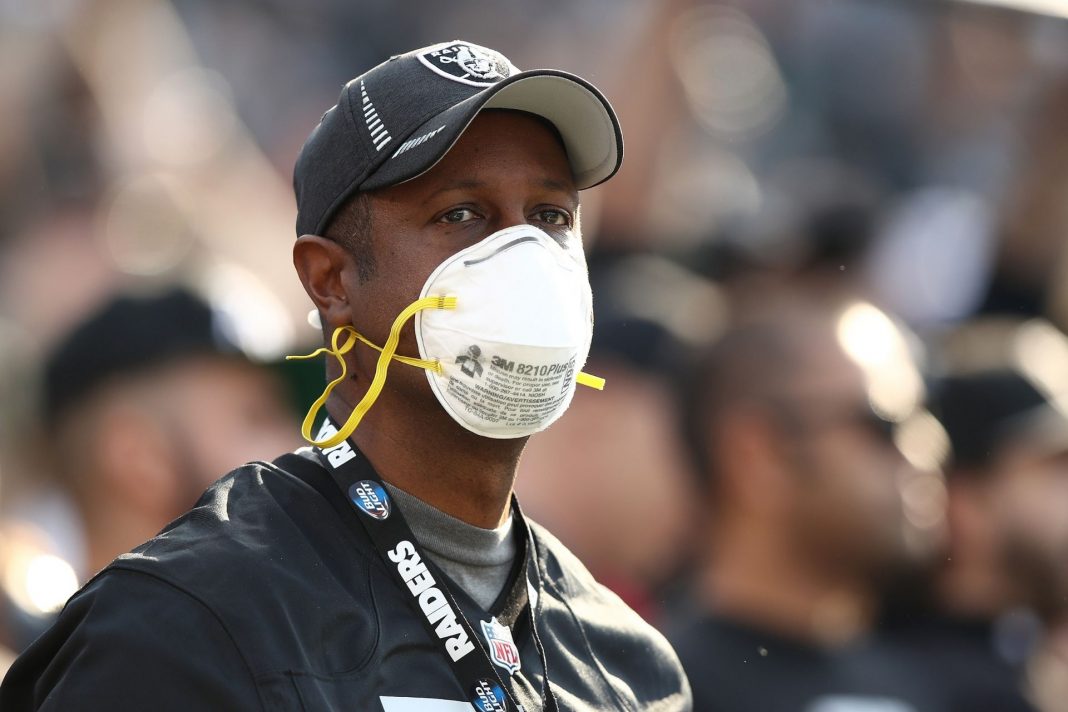 The 2020 NFL season has only just begun, but it’s already taking some bizarre turns.

After the Tennessee Titans had eight positive COVID cases, including among four players, their upcoming game with the Steelers is going to be moved to Monday or Tuesday.

And now the NFL is threatening to drop the hammer on teams over this unpopular policy.

With the coronavirus leading to all sorts of new game-day protocols, some new policies are less popular than others.

One of those is the requirement for coaches to wear masks on the sideline.

But according to ESPN, the league just threatened to drop the hammer on teams with probably the most severe punishment they can muster.

ESPN’s Adam Schefter writes, “the strongly worded memo, sent to coaches, general managers and team executives by NFL executive vice president Troy Vincent, includes a passage in which the NFL says it will ‘address lack of compliance with accountability measures that may include … suspensions and/or forfeiture of draft picks.’

“It marks the second time this month that the NFL has warned coaches to comply with coronavirus-related protocols by wearing a mask on the sideline.”

NFL sent another strongly-worded memo to team executives, GMs and HCs today, urging all to be in compliance with game-day protocols (wearing masks). “We will address lack of compliance with accountability measures that may include…suspensions and/or forfeiture of draft picks.”

Again, with the Steelers/Titans game likely being postponed – the first postponement due to COVID – the league clearly feels the need to step up enforcement.

Veteran Steelers quarterback Ben Roethlisberger wasn’t happy about the postponement at all, telling reporters the Titans should’ve been prepared to prep for a short week between games if they weren’t careful and someone came down with and spread COVID among the team.

“Well we were told during training that this could happen if you (were) not diligent, you (were) not careful,” Roethlisberger said during a video conference call with media. “I don’t know what’s going on (in Tennessee), so I am not going to speak on them — but I am telling you what we were told. We were told that if there might be a situation that you weren’t careful and there was some covid issues that we might not be able to practice till Friday or Saturday, that’s why they made the rule with more practice squad guys this year, so we were made aware of those possibilities.”

Roethlisberger certainly has a point that the postponement puts them at a disadvantage the following week as they only have 4-5 days to prepare for their next game against their in-state rivals, the Eagles.

Still, as the season develops, this likely won’t be the last postponement for the coronavirus.

And given how unpopular and unnecessary the mask is for coaches given the other existing protocols, only time will tell if the league will follow through with their threat or if coaches will feel cowed into going along with it.