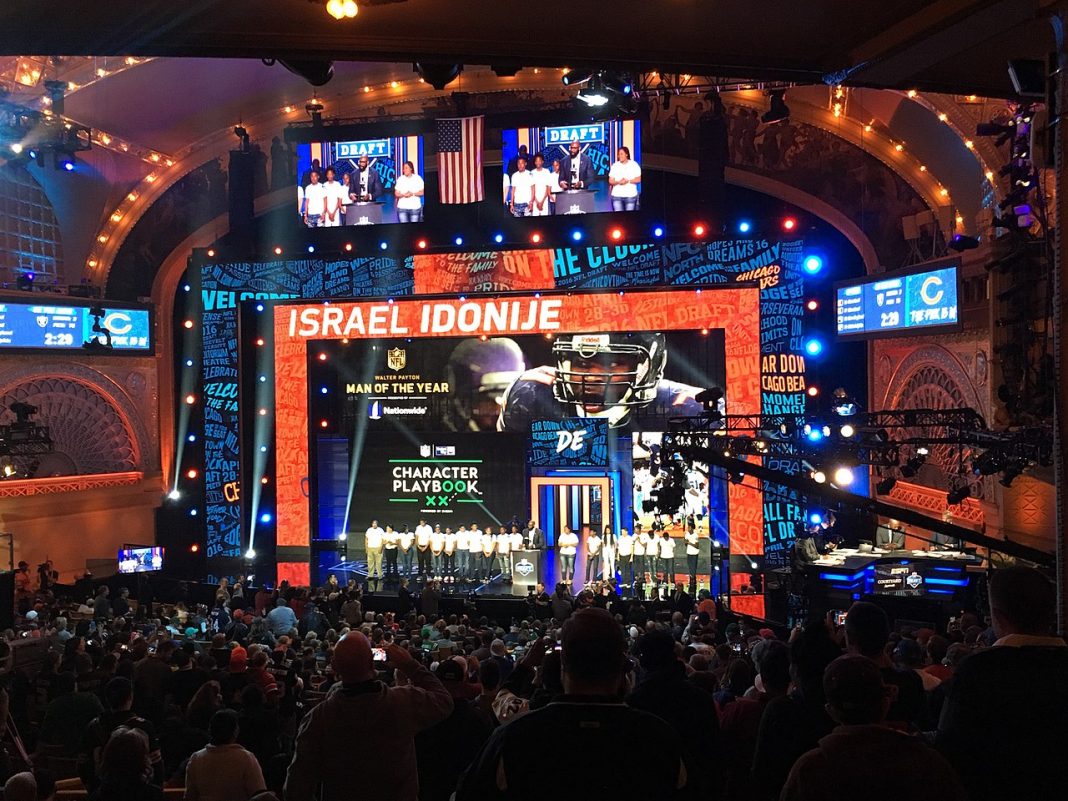 The NFL draft is just over a month away.

But fans got some bad news.

And that’s because the NFL just announced this big change to the NFL draft that has everybody up in arms.

The NFL draft will return April 29 with an in-person event in Cleveland.

Unlike last year, where commissioner Roger Goodell conducted the draft virtually from his basement, fans and prospects will be in attendance like in past pre-pandemic years.

But that is where the good news ends.

There are two concerning developments.

The first is that the draft will enforce mask mandates – even for vaccinated fans.

NFL Exec Vice President of Club Business & League Events Peter O’Reilly announced “This draft in particular feels like it represents hope beyond that, because we hope to role model and showcase a bit of what a brighter future continues to look like, in terms of being able to do live, in-person events safely.”

But if the league wanted to truly both promote science and vaccines, telling people who get shots that nothing changes and they still have to wear masks is probably the worst way to go about spreading that message.

Second is the implementation of vaccine passports and creating a caste system where vaccinated fans are treated better than unvaccinated fans.

Sports Business Journal reports that “Fans seeking entrance must download the NFL OnePass app, which includes a mandatory COVID health survey,” which has many worried they will be forced to turn over their private medical information.

The NFL draft will offer “special privileges” to vaccinated fans raising concerns that going forward Americans who choose not to take the experimental coronavirus vaccine will be treated like second class citizens in America.

Sports Business Journal also reports, “Like at the Super Bowl in Tampa, vaccinated fans will have special privileges. All 32 teams will invite 12 vaccinated fans and other special guests to join the ‘inner circle’ seating near the stage. League sponsor Subway will sponsor the inner circle. Also, the Browns and the Cleveland host committee will be reaching out to ‘invite specific sets of vaccinated folks to attend within the theater or just behind the theater,’ O’Reilly said.”