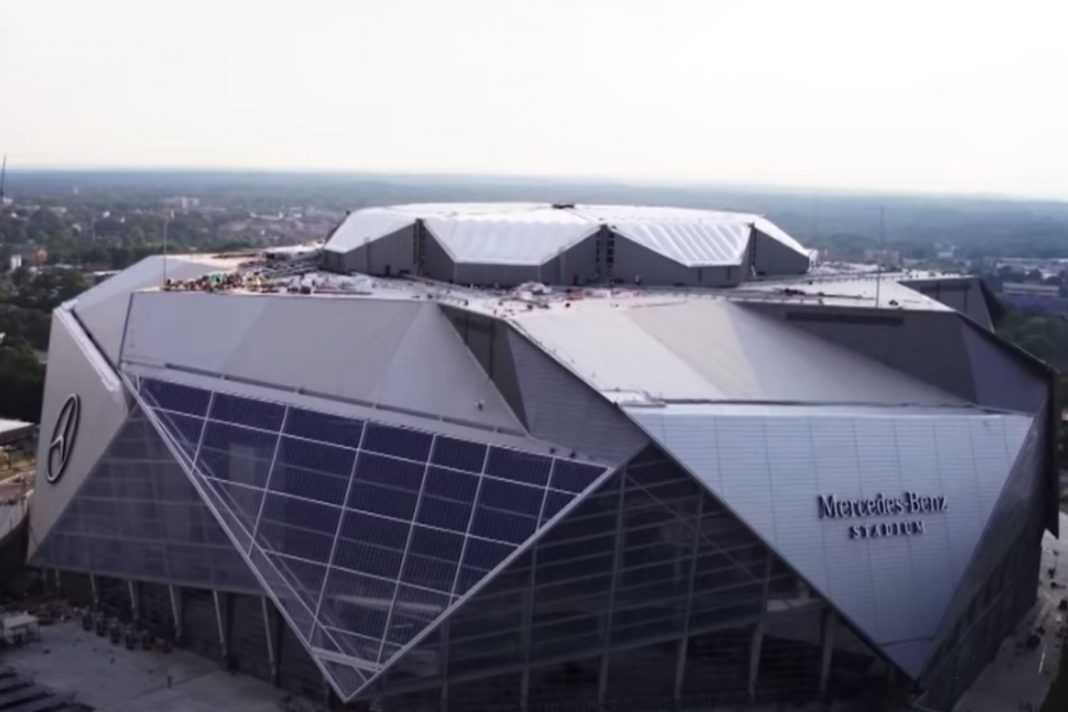 The NFL refuses to learn its lesson that politics and sport don’t mix.

But this time the controversy is entirely of the league’s own making.

And the NFL just found itself in the middle of this massive voter fraud scandal.

There are a pair of runoff elections in Georgia on January 5 that will determine control of the United States Senate.

The NFL’s Atlanta Falcons are allowing their Mercedes Benz stadium to be used as a polling location in the infamous Fulton County, which is ground zero for the voter fraud allegations in the November General Election.

In reality, the supposed “water main” was little more than a leaky toilet.

Video showed that once the room was clear officials hauled out suitcases and of ballots that were hidden underneath tables and began the count.

Joe Biden won Georgia by about 12,000 votes and President Trump and his supporters point to the funny business at the State Farm Arena as exhibit A that prove their allegations Joe Biden only won the state’s 16 Electoral College votes because of massive voter fraud.

The NFL’s ratings are crashing, advertisers say the league is in decline, and a recent poll found the number one reason fans stopped watching the games was political protests.

Now the NFL is once again getting into bed with Black Lives Matter by trying to appease the group through the Falcons using their stadium as a polling place.

This will only invite more bad will from fans that believe the league is facilitating voter fraud.