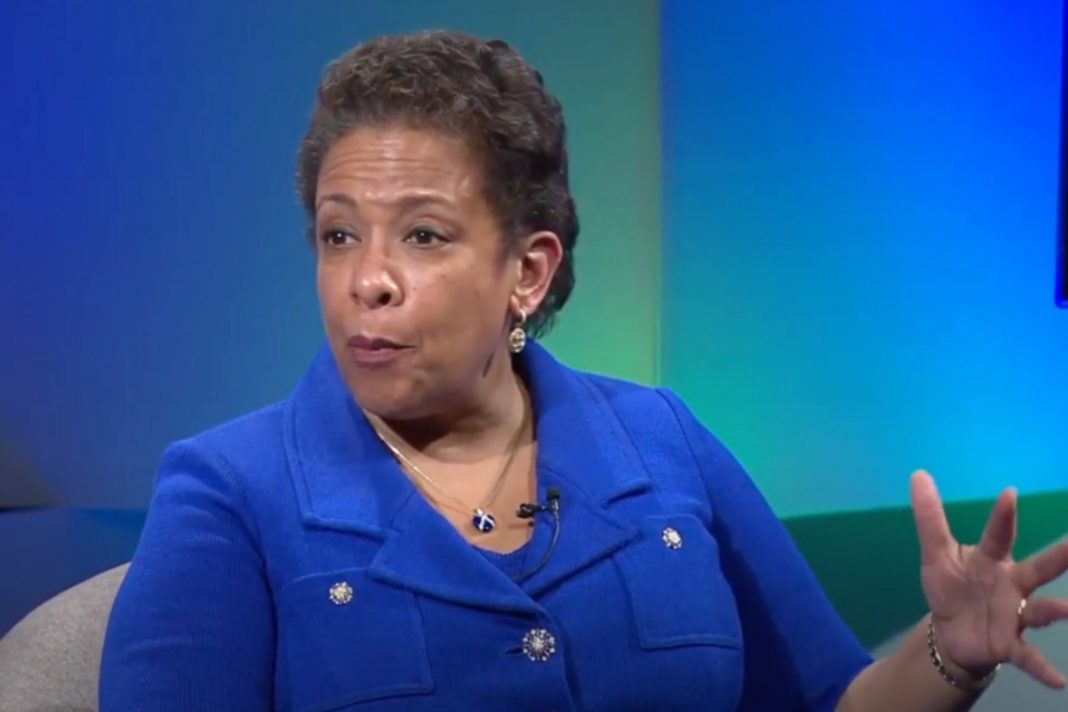 Former Attorney General Loretta Lynch was one of the most controversial figures in the Obama administration.

But now she has a new job.

And the NFL just hired Loretta Lynch to enhance this political protest.

The minority owners of the team formerly known as the Washington Redskins have been in a massive power struggle with owner Dan Snyder.

Snyder’s accused the minority owners – FedEx CEO Fed Smith, Black Diamond Capital Chairman Robert Rothman and NVR Inc. Board Chairman Dwight Schar – of smearing him with leaks about a sexual harassment scandal involving Snyder in order to force him to sell his majority share in the Redskins.

Fred Smith already forced the Redskins to change their name by threatening to withhold all FedEX sponsorship dollars at FedEx Field unless Snyder dropped the Redskins nickname and adopt a more “politically correct” moniker.

The minority owners also want to sell and Snyder accused them of trying to force him out because whoever then bought the team would have 100 percent control of the franchise which makes the minority owners shares more valuable.

Now the NFL has brought Loretta Lynch into the situation to conduct an investigation into this matter.

Lynch’s investigation centers on alleged attempts by Schar, a real-estate developer, to publicly disseminate information that would hurt or defame Snyder, the people familiar with the matter said. Lynch served as attorney general from 2015 to 2017 and is now a partner at Paul, Weiss, Rifkind, Wharton & Garrison LLP. Lynch could not be reached for comment.

Lawyers for Snyder, who purchased the team in 1999, have accused the minority owners of trying to force Snyder to sell the team and engaging in a smear campaign against him when he refused. The Wall Street Journal previously reported their attempts to oust Snyder, which is seen as potentially enhancing the value of their minority shares because the would-be buyer could then have control of the team, people familiar with the matter said.

Many believe the league would like to see Snyder forced out because of all the controversies surrounding the Redskins team name as it would give the franchise a chance for a clean slate.

But many fans see a bunch of virtue signaling corporate CEOs ganging up on Snyder to try and force him out using a political protests and alleged sexual harassment scandals as the cover to make an extra buck.