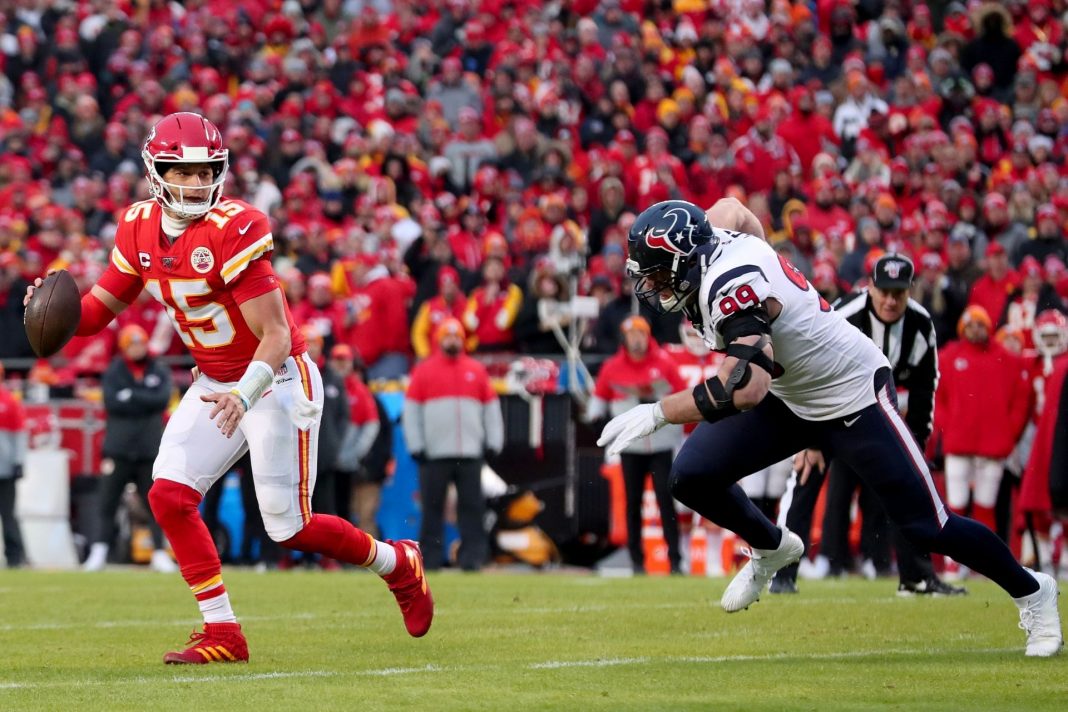 Ever since the coronavirus blew up the entire sports world’s plans back in March, the NFL season has been in limbo.

But the NFL has moved heaven and earth to bring back football with the season kickoff tonight.

And we’ve got you covered with everything you need to know about tonight’s game.

The season opens with two AFC conference heavyweights between the defending champions, the Kansas City Chiefs, and the superbowl hopefuls, the Houston Texans.

The game is set to start at 8:20 tonight, televised on NBC, and a home game for the Chiefs at Arrowhead Stadium.

There’s a lot of questions NFL fans have surrounding this game and the upcoming season.

The most burning question most fans have is what type of “Black Lives Matter” protest or demonstration will we see out of the Chiefs or the Texans?

According to the Kansas City Star news outlet, we can expect some sort of virtue signaling to come from the Chiefs players and staff.

The Kansas City Star has reported:

Chiefs and Texans players have hinted they will prompt all of us to examine a real-world problem, all the while knowing some have craved this game as an avenue in which to briefly ignore it. They aren’t revealing what the act will entail — a kneel during the anthem, a fist in the air, an article of clothing with a message or some sort of alternative —but they have implied a plan to do something.

The Chiefs’ star quarterback and new face of the NFL, Patrick Mahomes, has even said he will do what he “believes is right.”

So prepare for an eye-roll or two over NFL players crying for “social justice” while they make millions of dollars and do mostly nothing to actually promote justice.

Outside of that, what can we expect from the game itself?

Well, this is a rematch of that AFC Divisional playoff game this past postseason, where the Texans had cornered the Chiefs being up 24-0 in the second quarter . . .

. . . only to blow it and basically let Mahomes have his way with the Texans’ defense.

So there’s likely some revenge that the Texans want tonight. And the Chiefs want to demonstrate their dominance over the rest of the NFL.

Look for the Texans to use their new talent in former Packers star receiver Randall Cobb to help Deshaun Watson light up the Chiefs’ questionable secondary.

But on the flip side, the Chiefs have only gotten richer on the offensive end, including exciting rookie running back Clyde Edwards-Helaire, and veteran Mike Remmers to guard for Mahomes.

The bottom line is that these teams have a ton of firepower to put ridiculous points up on the board – just like their 82 point playoff affair earlier this year.

Our Sports with Balls team of experts prediction? Chiefs take it. Probably by a touchdown or two.