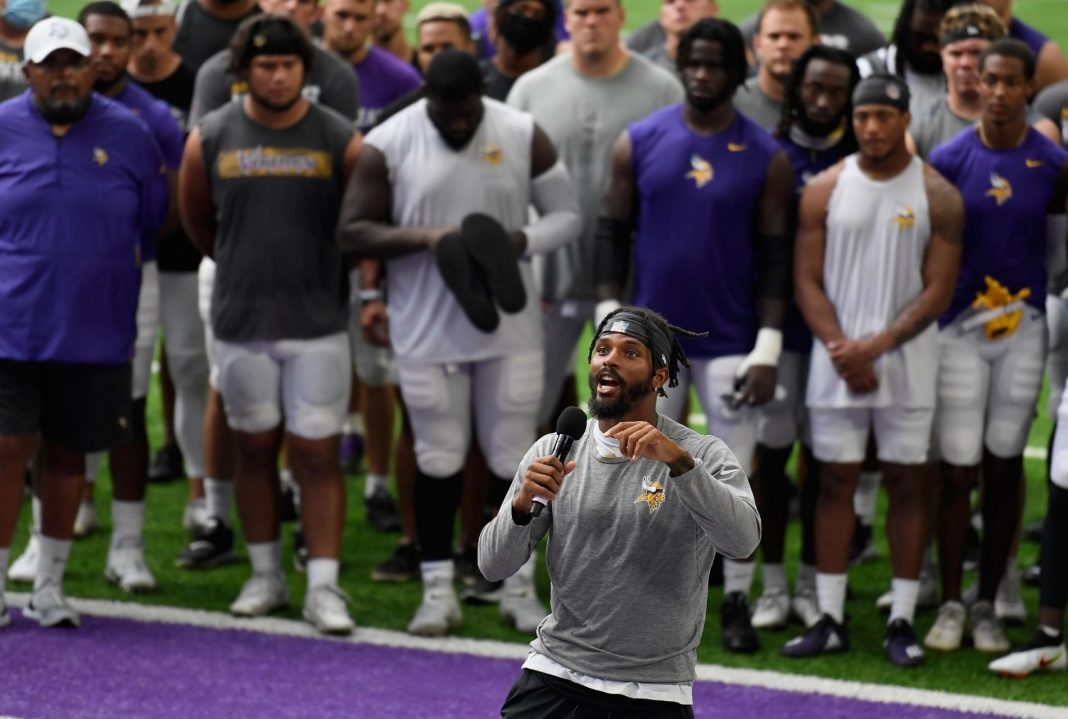 The 2020 NFL season is all set to kickoff next Thursday night as the defending champion Kansas City Chiefs take on the Houston Texans.

But now everyone connected to the league is nervously waiting to see what happens next.

And that’s because the NFL season is in jeopardy for this terrible reason.

The NBA, MLB, and NHL saw their players go on strike for multiple days as part of an a protest following the shooting of Jacob Blake – essentially supporting the “right” of an accused rapist to trespass at this victim’s house, fight with police, and wield a knife during the confrontation.

Now the NFL wants to get into the act.

NFL Media’s Jim Trotter is reporting that several high profile black athletes are planning to boycott a game this year in protest of Donald Trump being President and because they believe the lie that America is systemically racist.

NFL owners should be careful. A few prominent Black players are telling me they want to sit out a game to make their feelings felt & force change/action. They are tired, frustrated and emotional. It’s only a few at this point, but sparks become flames & flames become infernos.

Unlike baseball, basketball, and hockey this player strike won’t be league-wide, forcing everyone to miss a game.

Instead, this looks like a targeted strike where only certain key players will boycott.

There are only 16 games in a NFL season.

Even with the league adding an extra playoff team in each conference for this season, a key player missing one game can make all the difference between making and not making the playoffs.

Star players voluntarily sitting out costing their teams games would wreck havoc with the standings and the integrity of the game.

It will add an asterisk to whoever wins the Super Bowl as a phony champ in a season marred by absurd political protests.