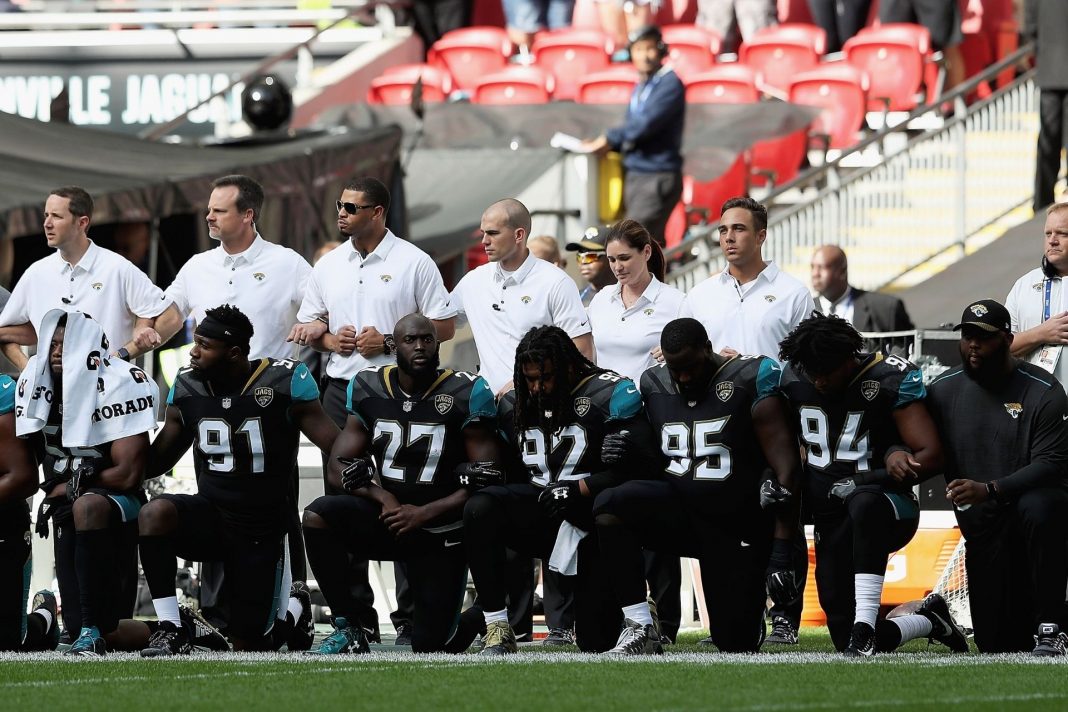 Despite fan fatigue over social justice messaging, the league is doubling down in their commitment.

Now the NFL will award extra draft picks for an unbelievably woke reason.

Due to coronavirus hysteria, NFL franchises may be docked draft picks for violating mask protocols on the sidelines.

Conversely, teams will be awarded draft picks for fostering diversity hiring based on a resolution agreed upon by the owners.

According to USA Today, “A team that loses a minority assistant coach who becomes a head coach or loses a personnel executive who becomes a general manager will receive third-round compensatory picks in each of the next two drafts . . . [A] team that loses two minority staffers to head coach and general manager positions would receive three third-round picks.”

This is the league’s second proposal to promote the hiring of nonwhite head coaches and general managers.

An initial plan discussed in the spring would’ve rewarded teams with draft picks for hiring nonwhite coaches and GMs.

USA Today continued, “In a league where roughly 75% of players are African-Americans, there are only four minority head coaches. A similar pattern exists at general manager, with the Cleveland Browns’ Andrew Berry and Miami Dolphins’ Chris Grier the only Black men to hold the position.”

The problems with this proposal are two fold.

First, the league isn’t addressing the concern that such policies lead to tokenism and could potentially undermine the confidence in a coach or general manager.

When the first diversity initiative was discussed in the spring, Los Angeles Chargers head coach Anthony Lynn – who is black – said of the plan, “I think sometimes you can do the wrong thing while trying to do the right thing . . . I think this is out of desperation, this is something that we’re throwing out there, but it is what it is . . . You can’t make people hire someone they don’t what to hire for whatever reason.”

Second, the argument that 75% of players are black yet there are only four black head coaches is shallow thinking.

High-level success as a player is not at all correlated to being a good head coach.

Coaches tend to be players who weren’t talented enough to play beyond high school or college, so they focused on getting into coaching relatively early.

The road to becoming a head coach or general manager often starts with a decade-plus of grunt work and gradually rising up the coaching ranks.

With more black coaches getting into the profession, more will rise through the ranks naturally without leftist social engineering.