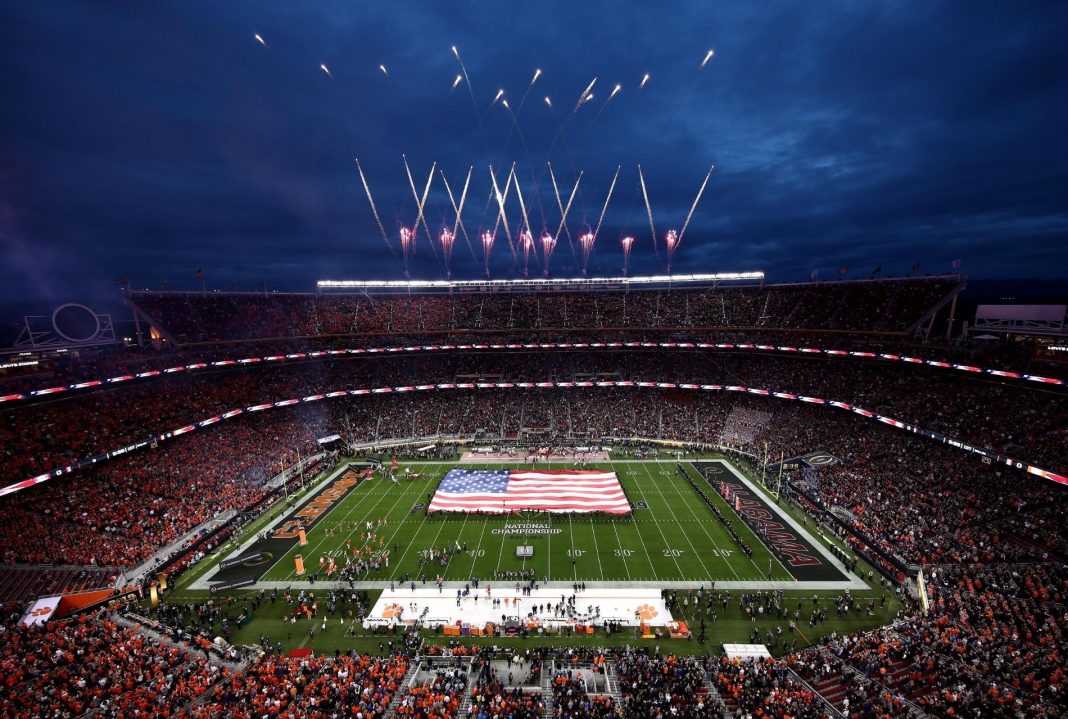 Over the past year, the sports world has seen more changes take place than ever before.

Most were obviously caused by COVID-19, but those disruptions have given the leagues an opportunity to implement more permanent changes.

Now, we may be on the verge of seeing the NFL make changes that will see their regular season schedule look VERY different in 2021.

The idea of the NFL expanding its regular season schedule has been discussed for quite some time.

But due to the nature of past collective bargaining agreements between the league and players association, it hasn’t been very close to a reality.

That all changed last March when the NFL and players association reached a new agreement that secured the league the ability to expand the regular season to 17 games as early as this season, if it chose to do so.

And if a new report is true, the league and team owners are looking to take advantage of this newfound power as early as this fall.

According to The Washington Post, the NFL and team owners are currently working to complete agreements that would see the league increase their regular season from the current 16 game slate to 17 and decrease the preseason from four games to three.

As of now, it is not yet certain that the expanded regular season will take effect this season, but sources indicated to The Washington Post that the owners are currently planning to implement the 17 regular season games and three preseason games format this fall.

“I don’t think anything is definite, but I think it will be 17 and three,” a person familiar with the situation told The Washington Post.

The timetable for when the new schedule can be implemented is tied to the completion of new broadcasting contracts with television networks.

As of now, the NFL’s Monday Night Football deal with ESPN is set to expire this year and the Sunday television deals with both CBS and FOX will expire in 2022.

Back in December, the league’s owners also voted on a “scheduling format” for a 17 game regular season that set the parameters for how the league will determine a team’s 17th game.

The expectation is the 17th game will be an “interconference matchup based on divisional standings” from the previous season and “on a rotating divisional basis.”

Obviously, the NFL and team owners have a lot of logistics to work out between now and the start of the new season, but making a 17-game regular season happen has never been more of a real possibility than now.

Fans have been clamoring for an expanded regular season with less preseason games for years, while coaches and team’s front office personnel have sought to keep the preseason as is in order to have ample time to evaluate talent for their rosters.

But the prospect of increased revenue in the form of both ticket sales and TV contracts is too enticing of a proposition for the NFL and team owners to give up, especially in light of the devastating losses they experienced last season thanks to COVID-19 lockdowns.

While the obstacles standing in the way of making this a reality in 2021 are palpable, the motivation for the league and owners to make it happen may be even greater.

No matter what, the NFL’s regular season will be expanded sooner rather than later.