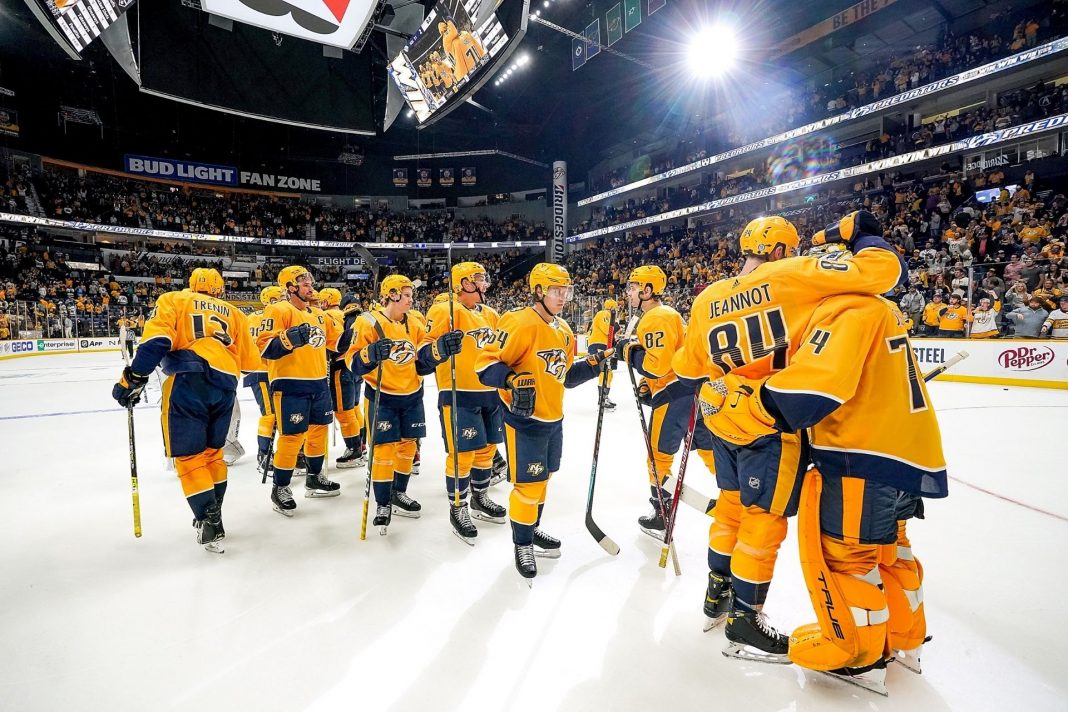 Only real men can play professional hockey with all the fights and hard hits.

But sometimes the fists flying on the rink get fans to do the same.

And the NHL season started with a bang as fans were throwing haymakers in the stands.

Most professional sports over the past several decades have gotten wimpier than anyone could have imagined.

No one in today’s NBA could stand a game with the late-‘80s early ‘90s Pistons on the court.

Lebron James would go home crying like a baby with Bill Laimbeer coming for him.

And in the NFL, referees would have a heart attack today to see the hits laid on players in the ‘60s and ‘70s.

But the only professional league that still has any form of masculinity left is the NHL.

Every week there is a fight at a game and the refs just let them duke it out.

But it seems like in the opening home game for the Nashville Predators, the fights went from the rink to the crowd.

During their game against the Seattle Kraken, fans just started throwing haymakers.

Just watch the mayhem for yourself.

Seattle Kraken and Predators fans getting it in! pic.twitter.com/0sJl0zZJ9j

VIDEO: Fight breaks out among fans in the stands during Preds home opener against Seattle Kraken at Bridgestone Arena: https://t.co/vZhFNiWRPB

What a great start to the NHL season!