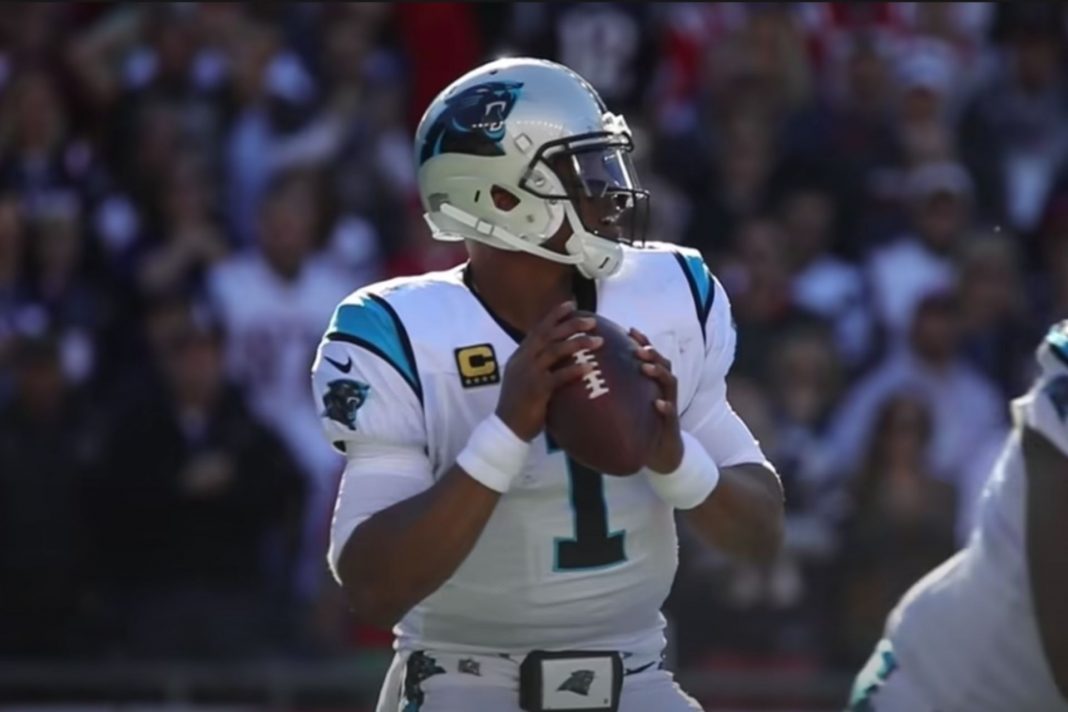 Last season, the New England Patriots suffered their worst season since Bill Belichick was hired in 2000.

A major shakeup in New England was definitely due, but as is always the case with Belichick, just when you think you know what he’s going to do, he surprises you.

And that was certainly the case this week, as the Patriots pulled off the most shocking quarterback transaction of the offseason.

Roughly two weeks ago, reports surfaced that indicated that the Patriots would be all-in on securing the best possible quarterback for 2021.

Sources told The Athletic that the team was “heavily scouting” the top-five quarterback prospects in the draft, seemingly indicating that for the first time in his tenure, Bill Belichick was looking to be a major player in the NFL Draft.

On top of that, another report from the Boston Globe cited sources who went to great lengths to detail Belichick’s love for Cam Newton the person, while simultaneously hating the quarterback’s throwing arm.

Newton struggled throughout 2020, throwing more interceptions than touchdowns, only throwing for multiple touchdowns in one game, throwing no touchdowns in nine games, being benched three times, and completing less than 10 passes in four games.

So with that in mind, the report that Belichick liked Cam the person but not his arm seemed to cement the idea that he was going to be one-and-done in New England.

But this is Bill Belichick we’re talking about, and just when you think he’s going to zig, he zags.

Late last week, reports surfaced that the Patriots would be shocking the world and resigning Newton to a one-year contract.

BREAKING: The #Patriots are re-signing QB Cam Newton to a one-year deal, according to a league source. https://t.co/cEqlg8zSXb

To make the signing even more shocking, ESPN’s Adam Schaffer reported that the deal was worth $14 million, a gigantic number for a player who’s best days are certainly well behind him.

Comp update: Patriots are finalizing a 1-year deal worth close to $14 million for Cam Newton to return to New England, per source.

Re-signing Newton for that amount of money under the league’s new, reduced salary cap would essentially preclude them from going after another quarterback, all but locking Newton in as their starter.

But once again, Bill Belichick proved to be playing chess while everyone else was playing checkers.

In actuality, Newton’s base salary is just $5 million, with a 2021 salary cap hit of roughly $4.9 million, with the rest being tied to performance bonuses.

Cam Newton's contract with the #Patriots has a $5 million base value, according to sources:

If he earns any of his NLTBE incentives, they will hit the 2022 cap. https://t.co/bgfGzuCVVz

So while re-signing a rapidly declining Cam Newton sent shockwaves throughout the NFL universe, Belichick was merely covering all of his bases.

The Patriots are now in a position where they can continue hunting for a Plan A at quarterback, but have Newton as their Plan B just in case no other reliable quarterback becomes available.

No matter what happens in the NFL Draft, free agency, or the trade market over the next few months, the Patriots have a guy who by all accounts was well-liked in the locker room, and will have a full year in the system under his belt to hopefully be able to manage the offense if it comes to that.

Newton’s re-signing was certainly the most shocking quarterback transaction of the offseason.

But no one should have been surprised that Bill Belichick was operating on a different level than anyone thought possible.