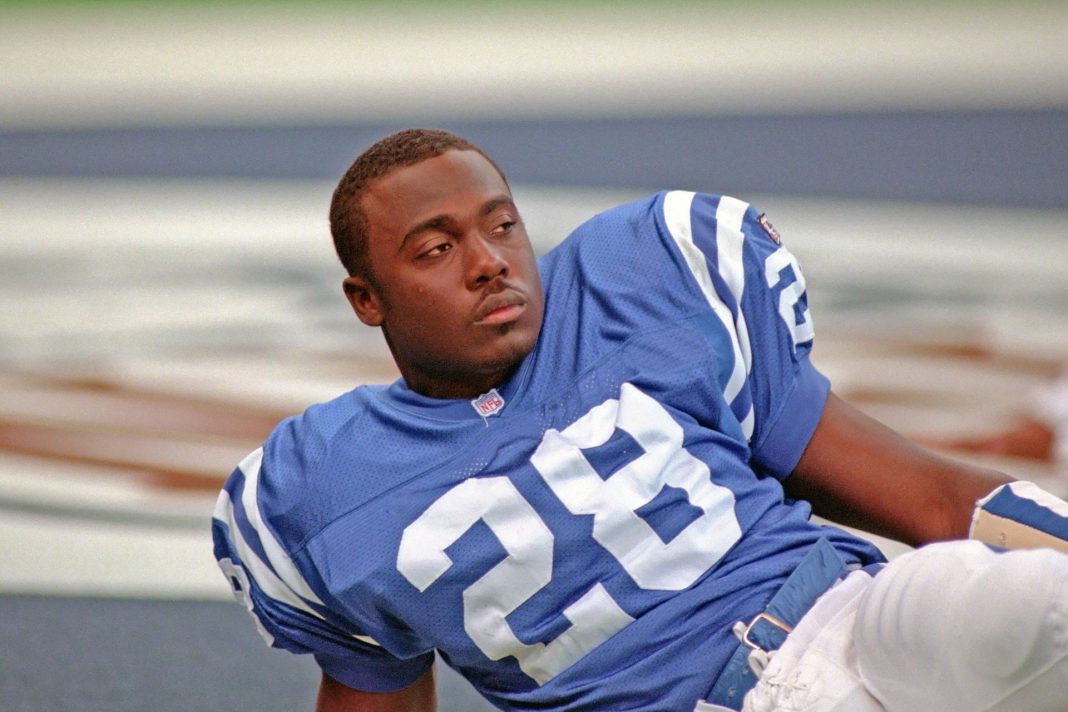 There are few players in NFL history with the resume of former St. Louis Ram and Super Bowl Champion Marshall Faulk.

Faulk is a former MVP, three time Offensive Player of The Year, and six time All-Pro, who also played with quarterbacks like Peyton Manning and Kurt Warner in his day.

So when Marshall Faulk talks, people tend to listen. And the reason he’s now “worried” about consensus first overall pick Trevor Lawrence may surprise you.

There are very few people who know football who aren’t completely sold on the idea that Clemson quarterback Trevor Lawrence will be a franchise quarterback for years to come.

Lawrence has all of the tools needed to not only be a starting quarterback in the NFL, but to thrive and completely change the fortunes of the team he plays for.

Barring a once-in-a-lifetime, king’s ransom of a trade offer that absolutely cannot be turned down by anyone with a brain – which doesn’t exist, by the way – the Jacksonville Jaguars will select Lawrence with the first overall pick on Thursday, April 29.

When they do, Lawrence will be united with a legendary football coach – albeit, one without NFL experience – in former Ohio State and Florida head coach Urban Meyer.

To some, it may seem bizarre for anyone to suggest that a coach who has produced great college quarterbacks like Tim Tebow, J.T. Barrett, and Alex Smith.

But as Faulk points out, outside of Smith, none of Meyer’s great college quarterbacks were ever legitimate starting NFL quarterbacks.

“I’m worried for Trevor Lawrence,” Faulk said. “I mean, outside of Alex Smith, this man hasn’t developed a quarterback that’s playing in the NFL right now.”

“I think Urban Meyer is a great coach, but he’s never developed a quarterback – outside of Alex Smith when he was at Utah – and he had some really good attempts with four and five star guys when he was at Ohio State and Florida,” Faulk continued. “There’s something to that.”

Jacksonville fans aren’t going to want to hear this, but Marshall Faulk does have a point.

Urban Meyer coached teams have always centered their offensive attack around the quarterback, yet almost none of Meyer’s quarterbacks have developed into being NFL starters.

That does have a lot to do with the fact that, for much of Meyer’s career, the type of offense he ran was very different to the pro-style offense of the past, so the type of quarterback he was recruiting to run his offense was never going to be a prototypical NFL starter.

Fortunately, for Jaguars fans, Meyer, and Lawrence, the NFL has recently moved to a style of offense that more closely resembles Meyer’s college offenses.

That doesn’t make Urban Meyer’s track record of not developing quarterbacks go away, though.

The biggest question marks surrounding Meyer’s foray into the NFL have always been on how he will evaluate and develop talent up and down the roster, and how he will tweak his offense to be effective in today’s NFL.

Trevor Lawrence’s future hinges on how Urban Meyer answers those questions, so Marshall Faulk is completely warranted in questioning Meyer and saying he’s “worried” for Lawrence.

Until Urban Meyer – and Trevor Lawrence for that matter – prove otherwise on a NFL field, there will always be questions.

It’s all about how they answer them.