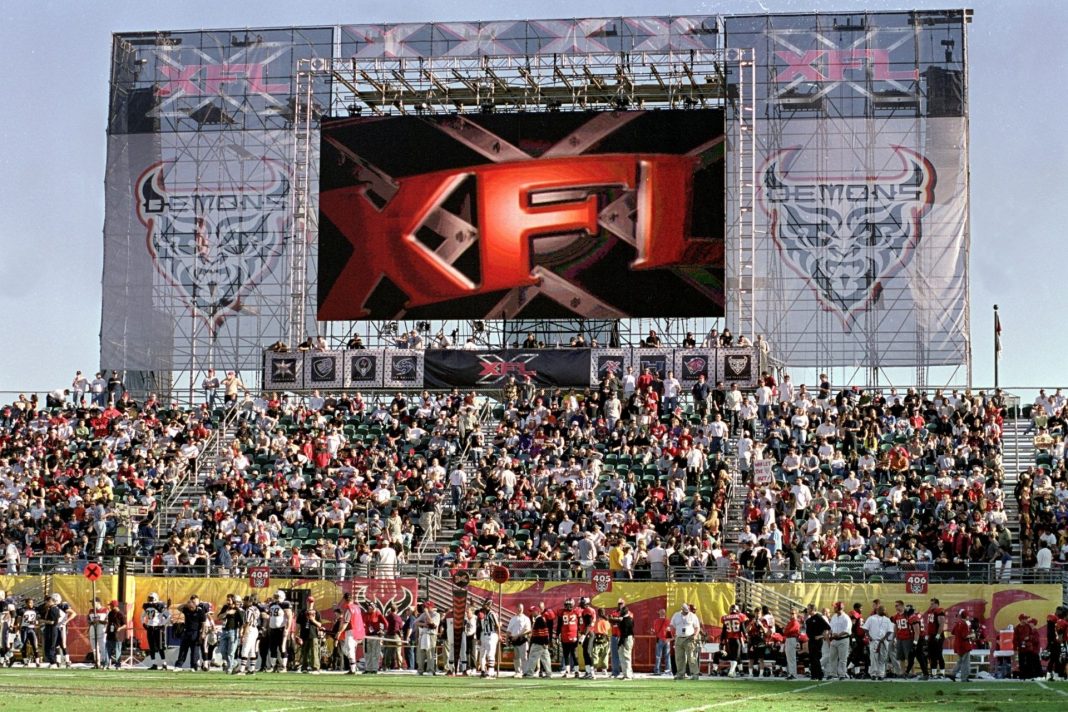 Football fans are tired of “woke” political stunts in the NFL.

After the XFL, which got off to a promising start in the spring of 2020, got canceled due to the ongoing public health crisis, fans were left without any other pro football options.

But The Rock just made one huge announcement about the XFL that changes everything.

Dwayne “The Rock” Johnson has his hands in a lot of entertainment endeavors.

In addition to starring in blockbuster films, he produces television shows.

The Rock is also now a co-owner of the XFL, which saw solid ratings in the spring and had its early fans excited, but had to shut down due to the coronavirus.

He acquired his ownership stake after Vince McMahon filed bankruptcy for the XFL.

Many thought that was the end of the aspiring new league.

But The Rock made an announcement that has spring football fans excited.

As owners, we’re proud to champion our XFL players, coaches, cities and fans into an electrifying 2022 season!

It’s an uphill battle – but we’re hungry, humble and no one will outwork us.

The Alliance of American Football – the XFL’s only spring football competitor – ran out of money before even completing its first season.

However, the XFL seems to be on more solid ground now, especially with the star power behind the league.

The XFL could also be the antidote to an NFL that has become increasingly political.

Players have reignited the anti-American anthem protests started by Colin Kaepernick back in 2016.

The league also played the unofficial “black national anthem” before games during week one, as if that’s somehow supposed to solve society’s ills.

While the NFL is doing everything it can to choke the escapism out of the league, the XFL seems interested in keeping football front and center.

During the short-lived season, the XFL created buzz by having players and coaches mic’d up for sound, which led to some memorable meltdowns.

One area of concern is that The Rock recently endorsed Joe Biden and Kamala Harris, so fans are hoping politics doesn’t seep into the XFL the way it did the NFL.

NFL ratings remain in freefall for their disastrous decision.