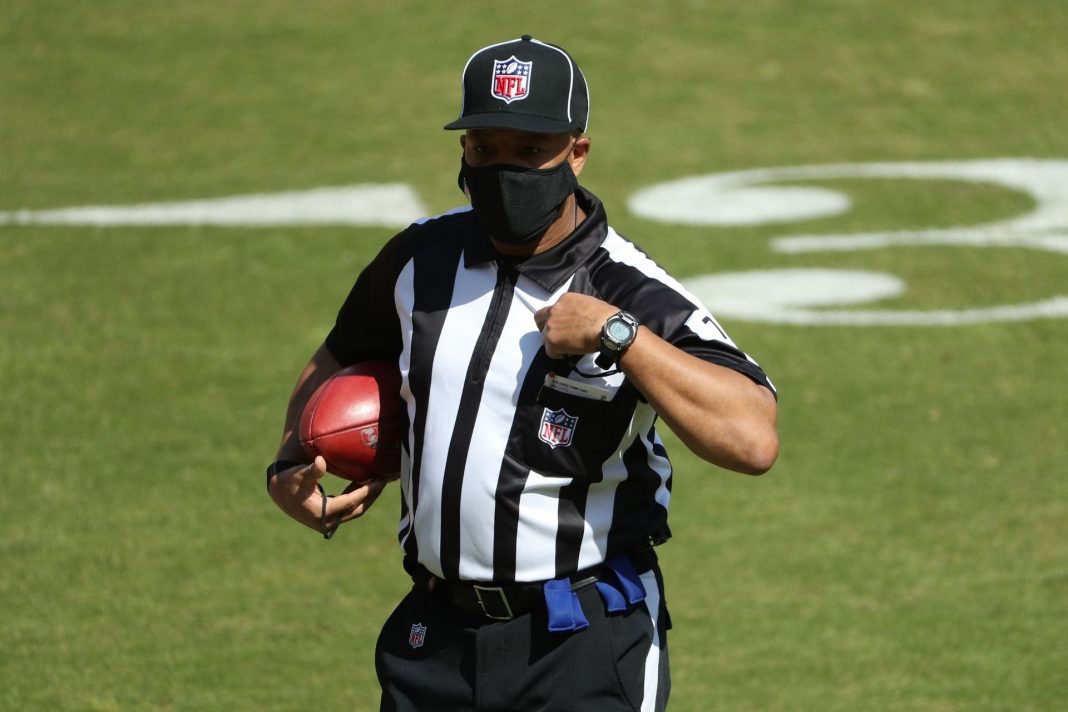 Despite the lockdown-enthusiasts best efforts, college football is in full swing this year.

Most teams are doing all they can to comply with whatever new, off-the-cuff rules get thrown at them during these challenging times.

But now the SEC is threatening to do something outrageous to football teams that don’t wear masks during the games.

One of the first signs of fall every year is the return of college football.

Thankfully, as everything else in Americans’ lives remains shuttered by government shutdowns, college football has found a way to keep playing.

And even though the games might not feel the same with mostly empty stadiums, the game play has been on par with past years.

Just look at this incredible one-handed catch from over the weekend:

But as fans all enjoy the games and a sense of normalcy, the SEC has decided it needs to try and ruin everything with this absurd move.

Most teams are doing everything they can to follow all the new rules the government, NCAA, and the conferences put on them.

But the SEC wants them to do more or they will pay the price.

According to ESPN, the SEC plans to fine teams up to $1,000,000 if coaches are caught without wearing a mask at any point during the games.

This rule seems impossible to follow at the very least on a communication level.

Anyone who’s had the unfortunate experience of wearing a mask for prolonged periods of time has realized how difficult it is to communicate while wearing them.

And let’s face it, players at LSU can’t understand what the hell Head Coach Ed Orgeron is saying half the time without a mask on.

Now his raspy voice is worse with a mask on. Who knew that was even possible?

If you thought Ed Orgeron was hard to understand before, here he is with a mask on. pic.twitter.com/1iUukdts3D

Maybe that explains why LSU went from being champions last year to starting out with a sub-par record of 1-2.

Hopefully the SEC will be understanding of how difficult their new rules are and reconsider their outrageous punishments.

Especially considering SEC commissioner Greg Sankey admitted the practice was little more than mask-virtue signaling, saying, “My premise is, our head football coaches are leaders, the most visible people in their programs. They set the tone. They have that responsibility in this environment.”