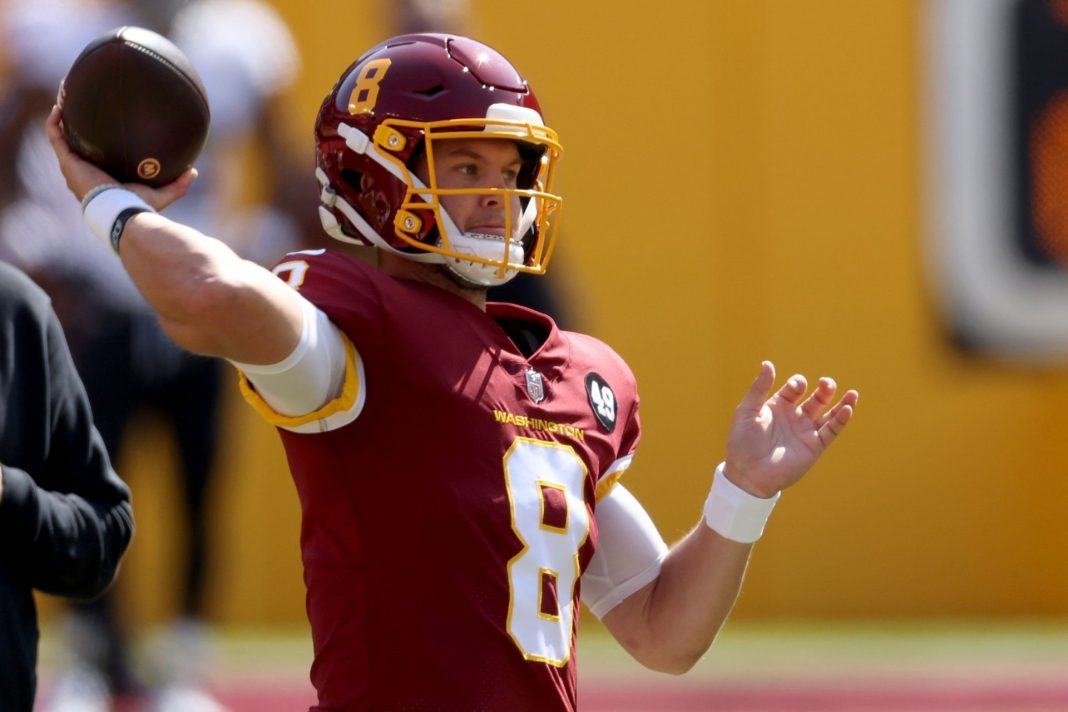 The Washington Football Team, formerly known as the Redskins, has been engulfed in controversy in 2020.

Many longtime fans were furious after owner Dan Snyder caved to the outrage mob and ditched their logo and nickname.

But now the Washington Football Team has an unexpected quarterback controversy on its hands like never before.

What’s a head coach to do when his untested starting quarterback isn’t performing?

Well, in most instances, fans and the head office would agree you should bench him and go with your backup.

That’s exactly what Ron Rivera, head coach of the Washington Football Team, did.

And that’s when the social media outrage mob lost it.

Claims that black quarterbacks are “more disposable” than their white counterparts were among some of the most frequent gripes.

Developing or being average is not something they allow black QBs to do. You can be elite but anything other than that is a no for them.

The idea is outrageous on its face as Breitbart’s Dylan Gwinn explains:

Ron Rivera, the head coach who made the decision to bench Haskins, is of Mexican descent. He is not white. His quarterback for almost the entire duration of his tenure in Carolina prior to coming to Washington, was Cam Newton, who is black.

Rivera also publicly said he would stick with Haskins in the immediate aftermath of some ugly performances against the Cardinals and the Browns. Then, a few days later, took a harder line and said Haskins needed to play better or he would be benched.

Why the sudden change?

Chances are Rivera heard feedback from the rest of his players (most of whom are black) voicing great frustration at their efforts being sabotaged by a quarterback who was inaccurate and prone to turnovers.

The face of the matter is, Haskins was underperforming.

Race had nothing to do with the equation.

But in the age of “woke sports,” every decision is going to be second guessed and criticized through a racial lense.