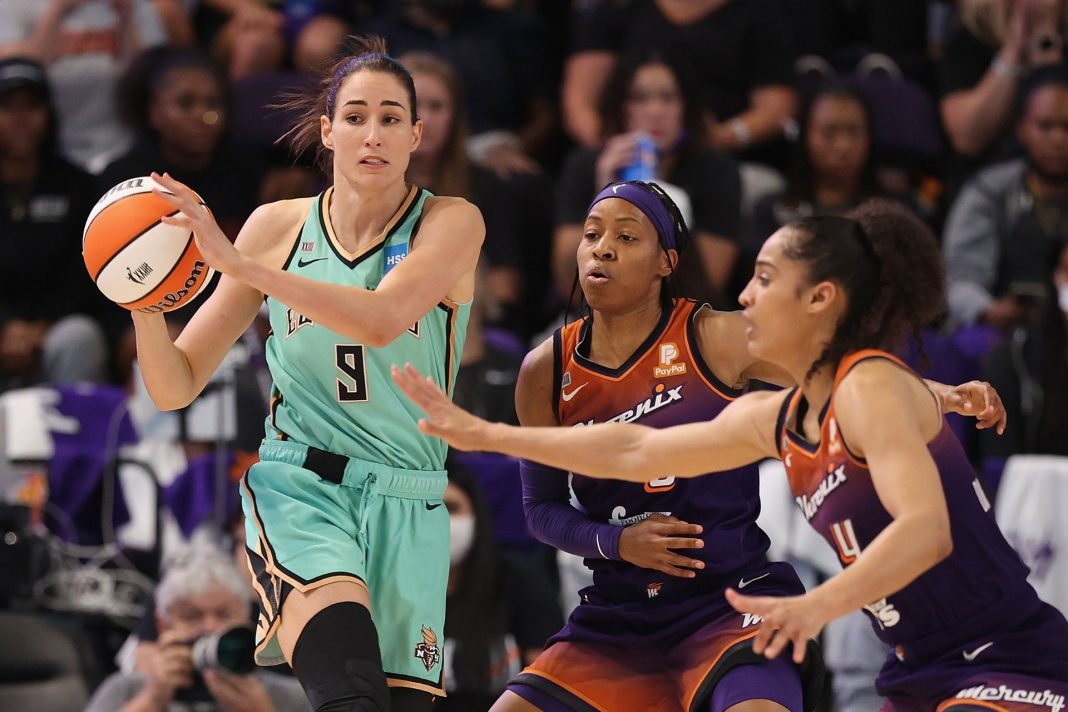 As it stands, professional basketball and its viewership is dwindling . . . partly due to its radical leftist agenda, crybaby players, and absolutely no team loyalty among players.

However many fans still look forward to the marquee matchups, heart pounding finishes and epic slam dunks, but no matter how hard they try, the WNBA has not been able to bottle this lightning to gain viewers . . . maybe because their players can’t touch the rims?

And the WNBA was just humiliated by what happened during their semifinals.

What an embarrassment! Getting kicked out of your home stadium during the semifinals for a mouse on skates.

This move, while hilarious, is simply about dollars and cents.

The WNBA is among the lowest rated professional sports.

In fact, most sports fans, aside from all seven WNBA fans, likely do not even know the Aces or Mercury even exist and couldn’t name a single player if they tried.

So what can the WNBA do to improve viewership?

First and foremost they must stop trying to compete with the NBA.

Nobody wants to watch people who are on average a foot or two shorter score two-thirds of the points as an NBA team.

Also the “wokeness” seen in WNBA is off the charts.

While the nation was set aflame in what has been described as “mostly peaceful protests” in May of 2020 and throughout the summer that followed, the WNBA took action with outlandish shows of solidarity for anti-police groups.

Not to mention their Top 10 highlight reel of ALL TIME looks lamer than your average local high school basketball team!

The truth is the WNBA has failed as a result of collecting all of the worst parts about sports and putting it into one seldom-watched train wreck.