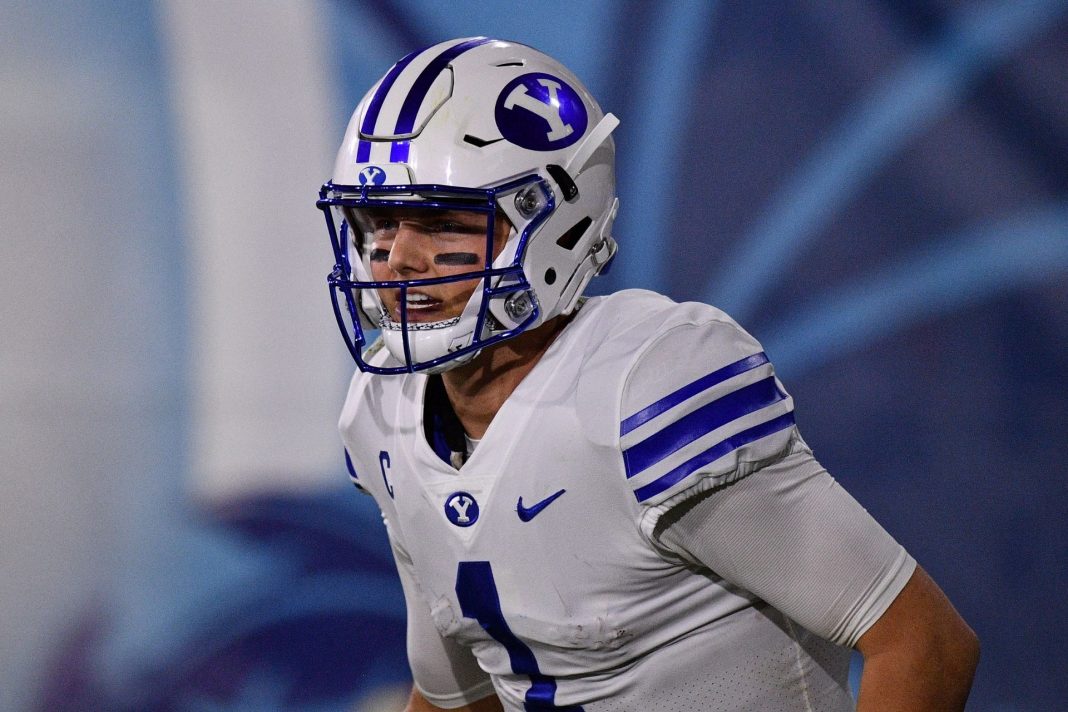 There are plenty of traditions associated with the NFL Draft, and most all of them are awesome.

But one of the newest, and worst, is the tradition of the far-left digging through players’ social media history to find something “problematic.”

That’s what happened this weekend to this top draft pick, and now the woke outrage mob is out to destroy him for a ridiculous reason.

With the second overall pick in this past weekend’s NFL Draft, the New York Jets selected BYU quarterback Zach Wilson.

Wilson certainly excited Jet fans, as he was undoubtedly one of the best quarterback prospects in the draft after he racked up almost 4,000 yards of total offense and 43 touchdowns last season.

But many of those following along with the draft online seemed to be a little more enamored with his mom than Wilson’s playmaking ability.

Regardless, the fact that this was the biggest moment in Wilson’s life, and the culmination of years of hard work and sacrifice by him and his family, didn’t matter to the far-left.

After scouring through Wilson’s social media history, a far-left Twitter account chose to post his most “problematic” liked tweets in an attempt to make him the target of Cancel Culture.

And while it’s completely ridiculous that his “problematic” tweets weren’t tweets he actually wrote but rather those he “liked,” the actual tweets the far-left claims are such a big issue are also, without question, absolutely ridiculous.

First, there was a tweet from August urging people to vote for Donald Trump.

“Your last defender …Vote for Donald Trump like your life depends on it.”

As we all know, supporting a Presidential candidate’s re-election campaign in a free country is obviously insanely offensive.

Next, Wilson apparently “liked” a tweet that saluted Tennessee Titans running back Derrick Henry for standing for the National Anthem and still speaking out on police brutality.

That’s right, it’s apparently offensive for an NFL Draft prospect to support a veteran player who chose to stand for the National Anthem AND speak out against police brutality.

And finally, Zach Wilson “liked” a tweet in which the author said that he was tired of seeing our country being divided.

Apparently, the fact that Wilson agrees with the idea that we shouldn’t attack people for having different options is offensive in the eyes of the far-left.

Zach Wilson liked a tweet ranting about being sick of many things including “black vs. white” and “gay vs. straight,” wishing people would just stop “thrusting their beliefs on others” otherwise they are no better than “the bigots and the racists.” #NFLDraft pic.twitter.com/Fkvm2cjwQp

At this point, with as much practice as the far-left has with cancelling everyone they disagree with, one would think they would be able to make a stronger case.

But instead, they’re obviously just grasping for straws here.

Zach Wilson’s supposedly “problematic” and/or “offensive” tweets may possibly be the most ridiculous tweets ever used in an attempted cancel.

All this has proven is that the far-left is desperate to cancel absolutely everyone who isn’t as radical as they are.