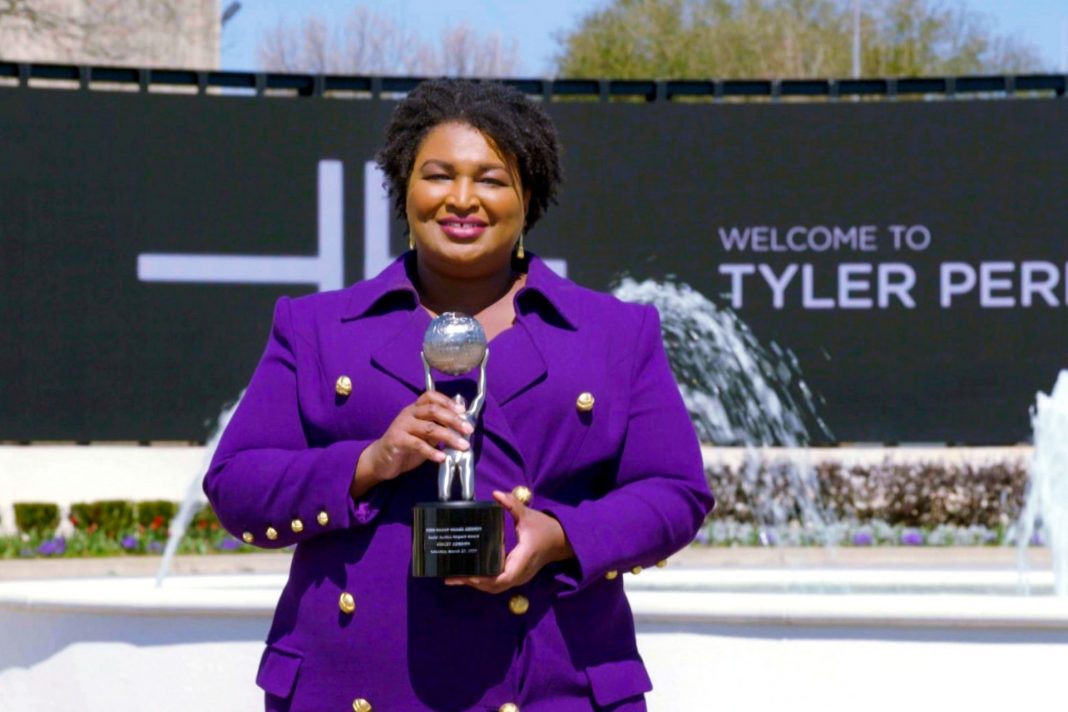 Prominent far-left politicians, athletes, and race-baiters very clearly and publicly joined together to put major pressure on the MLB.

And now, there’s a coverup going on over who is actually responsible for running the MLB’s All-Star game out of Atlanta.

Earlier this month, Fox News published a report detailing the fact that MLB commissioner Rob Manfred bent the knee to failed Georgia Democrat politician Stacey Abrams and a voting rights group with ties to LeBron James and Al Sharpton when he chose to move the league’s All-Star game.

According to the report, “Major League Baseball (MLB) commissioner Robert Manfred decided to move the All-Star game on his own after holding extensive discussions with voting rights groups associated with Lebron James, Stacey Abrams and Rev. Al Sharpton, sources familiar with the move tell Fox News.”

Those sources also told Fox News that both Abrams and Sharpton told Manfred that MLB players would boycott the game if he didn’t move the game out of Georgia.

On top of that, the report also cast doubt on the sincerity and legitimacy of Stacey Abram’s claim that she was “disappointed” after the MLB officially decided to move the All-Star game.

“Baseball sources say that Abrams’ current stance, that she is disappointed about the Georgia boycott, is suspect because she was among the most prominent political operatives to pressure the league to denounce the new law,” the Fox News report stated.

However, Abrams has now apparently realized that her pivotal role in running the MLB out of Georgia, costing the people and small businesses of Atlanta over $100 million, will likely hurt her already lacking ability to run for office again in the future.

As such, Abrams is now trying to cover up her role in the MLB’s decision, and she is apparently getting major help with this process from the so-called “journalists” at USA Today.

According to a report from Fox News, a March 31st op-ed that Abrams penned for USA Today in which she pushed for the MLB to act against Georgia’s election integrity law has now been heavily stealth edited to make it seem like Abrams wasn’t calling for the MLB to move the game.

In the original version of her op-ed, Abrams argued that “boycotts work” and that she wouldn’t blame anyone for boycotting Georgia.

But in the now heavily edited version of her op-ed, Abrams used even stronger language to argue against boycotts, even saying that “boycotts invariably also cost jobs.”

After the numerous edits were discovered, Abrams’ op-ed also now includes an editor’s note that reads, “This column was originally published before the MLB moved the All-Star game out of Atlanta. It was updated after that decision.”

Screenshots of the original version of Abrams’ op-ed juxtaposed with her now heavily-edited version were posted to Twitter by GOP strategist Matt Whitlock, who was the first to sound the alarm on the stealth edits.

And followed with major changes to her paragraph about the pain boycotts cause, adding in the updated version "Boycotts invariably also cost jobs."

To make matters even worse, as Abrams has been rightfully attacked for claiming she was “disappointed” in the MLB’s decision despite her role in having the game moved, numerous media outlets, so-called “fact checkers,” and Big Tech companies have used the version of Abrams’ op-ed that was heavily edited after the MLB’s decision to cover for the failed Democrat politician.

Twitter gave it an entire trending blurb, CITING the op-Ed she had edited after the MLB move to cement the narrative that the MLB move wasn’t her fault.

Unfortunately, there’s really no other way to put this — we are witnessing a Stalinist cover-up happen before our very eyes.

Stacey Abrams has become a major part of the far-left’s push to take over America, and clearly, there are many in the media and other organizations that want to protect her.

There’s simply no other logical explanation for how so many so-called journalists and “fact checkers” would universally ignore the fact that USA Today edited Abrams op-ed after the MLB’s decision.

The truth is literally right in front of their faces, and they’re pretending like it doesn’t even exist.

It just doesn’t get more egregious than that.