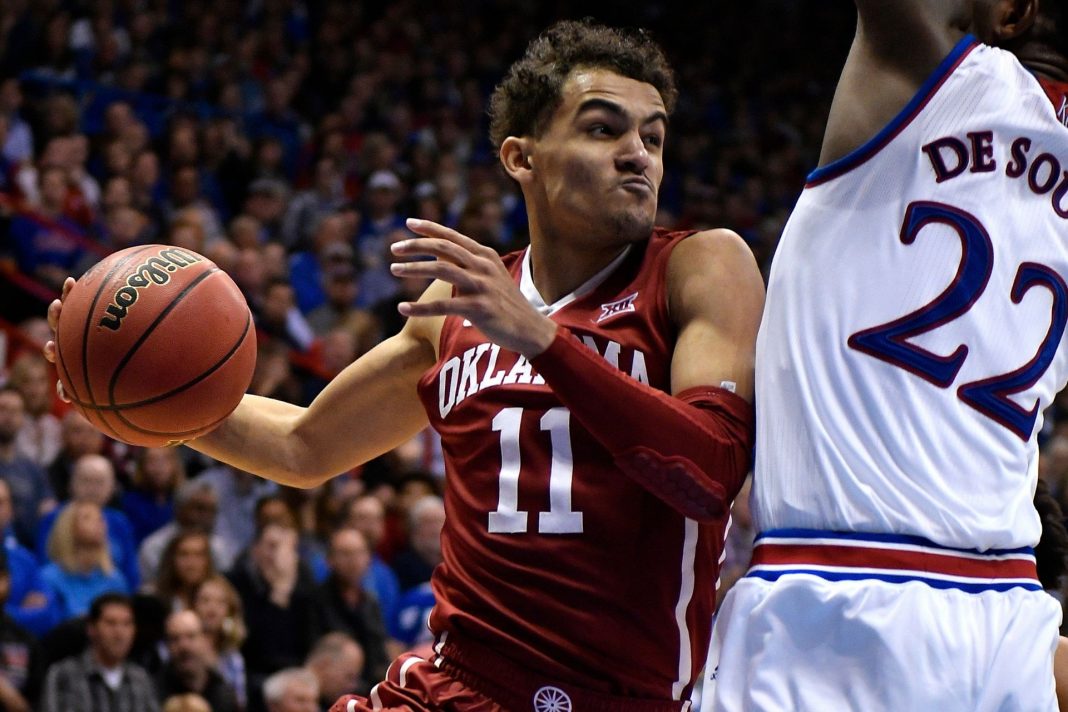 It’s no secret that today’s NBA is completely devoid of even a semblance of entertainment for anyone who isn’t a rabid social justice warrior.

It’s hard for most to be engaged when players are creating super teams that leave little doubt how the season will unfold before it’s played and social justice narratives are being forced down your throat every two seconds.

Nevertheless, the latest feud between two players no one would consider amongst the sports most talked about names might just be the most entertaining aspect of today’s NBA.

If you asked the average sports fan about Trae Young and Grayson Allen, odds are you’d hear more about their college careers than what they’ve done so far in the NBA..

Young burst onto the scene as a freshman at Oklahoma back in 2018, when he led college basketball in scoring, ultimately leveraging his new found stardom into being selected fifth overall in that year’s draft by the Atlanta Hawks.

Allen, meanwhile, was definitely a good, if not great, college basketball player at Duke, but also definitely made more of a name for himself for tripping opposing players than he did for his actual ability.

We’ll come back to the tripping in a moment.

These two have been on wildly different trajectories since entering the league in the same 2018 draft class, with Young seeming to be a star in waiting after averaging over 29 points per game last season and Allen merely serving as a role player.

Yet, despite their wildly different career trajectories, their matchups with one another over the past two-plus seasons have put them on a collision course toward a budding rivalry.

It all began back in their rookie seasons in 2018 while playing in a Summer League game, Young and Allen tangled on a rather routine play.

For most, it might be no harm, no foul, but both decided to engage in some extracurriculars and were both slapped with technical fouls.

Grayson Allen got into a scuffle with Trae Young in Summer League. pic.twitter.com/VWuoLisnRN

Most people would probably write that off as just two ultra competitive rookies excited to be playing in the NBA and just doing a little too much, but these two were far from done.

Fast forward to this season, the two met again, and for some reason Trae Young decided to commit a hard third quarter foul on Grayson Allen and then proceed to shove him to the ground.

Definitely not one one of Trae Young’s finer moments, but after that incident, it’s clear he and Allen don’t quite like one another.

Which brings us to the most recent incident between the two.

As previously mentioned, Grayson Allen created quite the name for himself at Duke for his propensity for tripping his opponents.

For whatever reason, for multiple years it seemed, Grayson Allen just couldn’t get enough of tripping the opposing team.

So, like any great nemesis will do, Trae Young waited patiently – almost a full two weeks! – and seized upon the first chance he had to strike at his rivals greatest weakness.

Now, we’re not here to definitely say that Allen did or did not trip Young.

But our Sports with Balls team of experts are certainly here to say that Allen’s response to Young’s Tweet makes it far more likely we’ll be following this saga for as long as it goes.

That is sarcasm like you read about, and some might even say it borders on being poetic.

Obviously, these two just down right hate one another.

But it’s these kinds of feuds that might just lead some sports fans back to keeping an eye on the NBA, at least when these two face off.

If only the NBA would realize that and knock off all the other nonsense, the sports world might just be a better place.