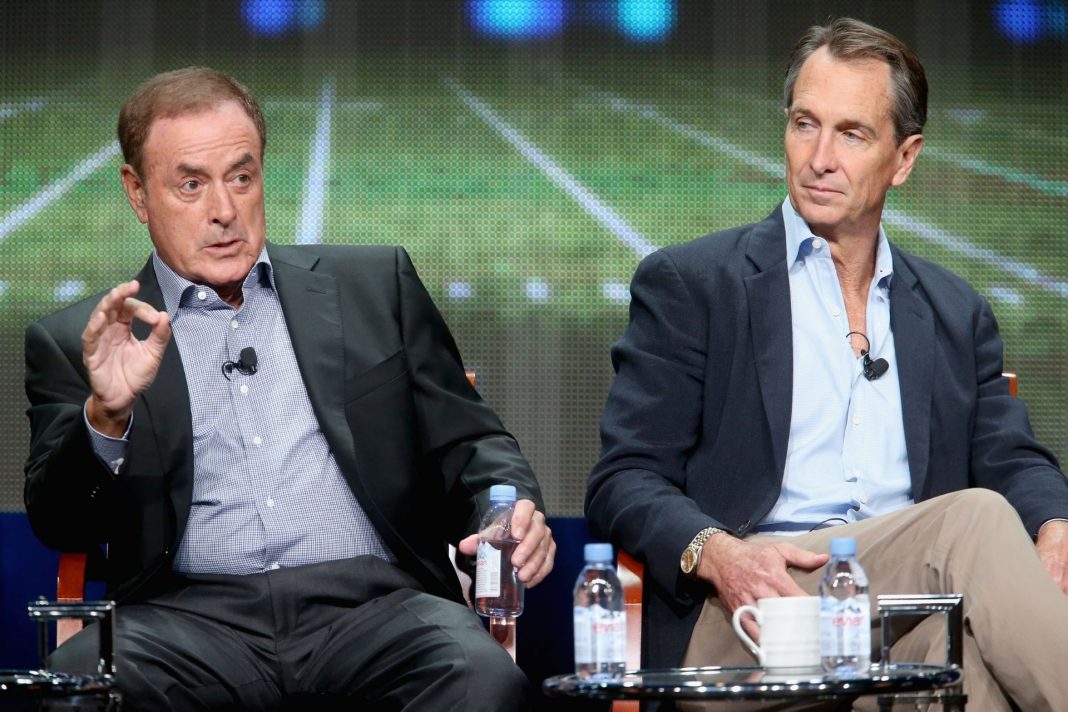 The coronavirus has caused a major disruption to all aspects of American life.

Professional sports leagues like the NFL have certainly not been immune from the pandemic’s impact.

But these NFL broadcasters were forced into an awkward situation during the 49ers game over one city’s outrageous policies.

Despite sinking ratings due to over-the-top political messaging, the NFL had handled the coronavirus as well as to be expected under the given constraints.

There were minimal positive tests or outbreaks during the off-season.

But the NFL has now had to deal with a spate of positive tests that have caused postponements and major schedule reshuffling.

The NFL is even playing a weekday afternoon game and a Tuesday evening game.

Now even the broadcasters are being subjected to strict COVID-19 procedures.

Officials in Santa Clara, California, where the San Francisco 49ers play home games, have decreed that the announcers in the booth not only must wear masks during the broadcast but also must have a glass divider between them.

Not content with requiring announcers to wear masks while calling games, the city of Santa Clara has now added a shield to protect both announcers as well. This still isn’t enough for me, personally. Need to have the game called in NASA astronaut outfits. pic.twitter.com/eUkYhoMpJp

The glass divider was added one week after the announcing team of Al Michaels and Cris Collinsworth were forced to wear masks while calling the 49ers’ previous home game.

Both Michaels and Collinsworth made subtle jabs at the ridiculous edict.

The announcers are tested regularly and have no symptoms of any kind, but the pro-lockdown coronavirus fear-mongers demand total compliance.

Health officials aren’t even unified on the efficacy of wearing masks.

Some even argue that face coverings can do more harm than good.

But the mask is no longer solely about “science.”

Santa Clara sits in the Bay Area, one of the bluest locales in arguably the bluest state.

It’s no surprise pro-lockdown officials in that city would enforce an unnecessary ordinance, but the hysteria is now spreading to other pockets of the country.

Several officials have called for people not wearing masks to be thrown in jail, and even one argued that people who don’t wear masks should be charged with attempted murder.