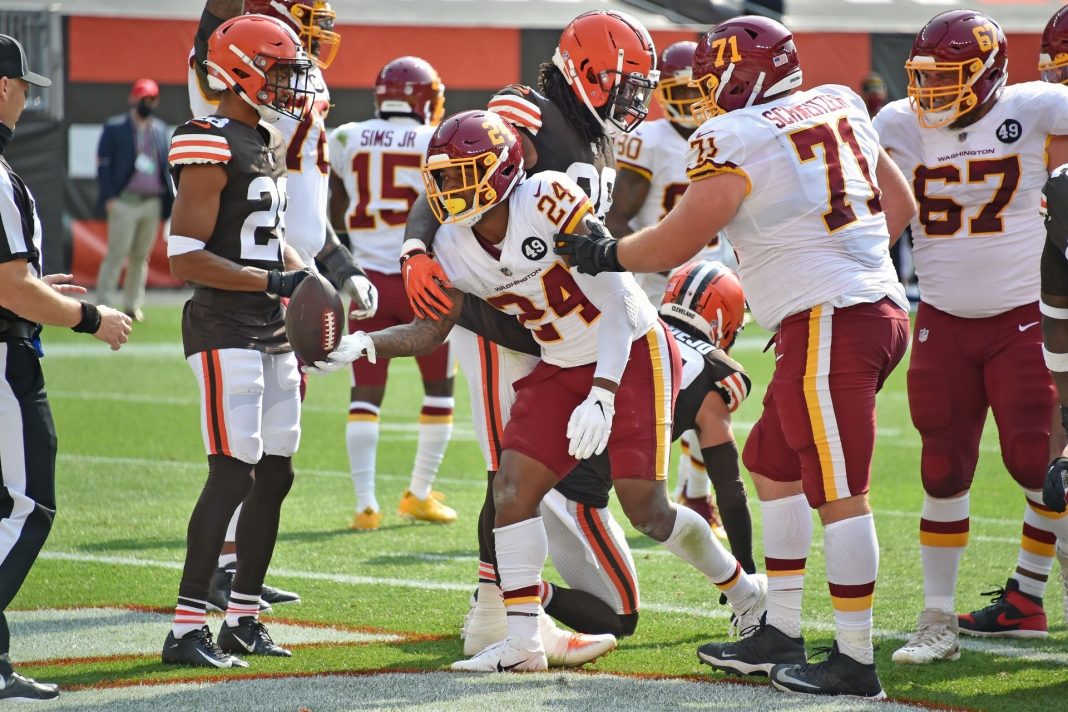 NFL players protesting police and the National Anthem have driven away TV viewers as ratings collapse.

The league is hoping fans forget about politics and get back to loving the game.

And these NFL players took the field with a shocking message for police.

The Washington Football Team formerly known as the Redskins are at the epicenter of the NFL’s plague of political correctness.

One police officer was nearly killed before the officers returned fire and Taylor tragically died as she was standing near her boyfriend.

The Redskins players were adding to the lies surrounding her death that led to disturbing riots in Louisville where two police officers were shot following the grand jury’s decision.

Other sports icons like LeBron James fed the false narrative surrounding this case where people believed police never announced themselves, that Taylor was shot while sleeping in another room, and that the cops raided the wrong house.

These were all lies.

And the Redskins players were only fueling the spread of misinformation with their shirts.

The NFL radically toned down how the league promoted the anti-police and anti-American protests following the massive backlash that included fan booing Black Lives Matter at the season opener in Kansas City and massive ratings declines in Week One.

Apparently the Washington football team didn’t get the memo.