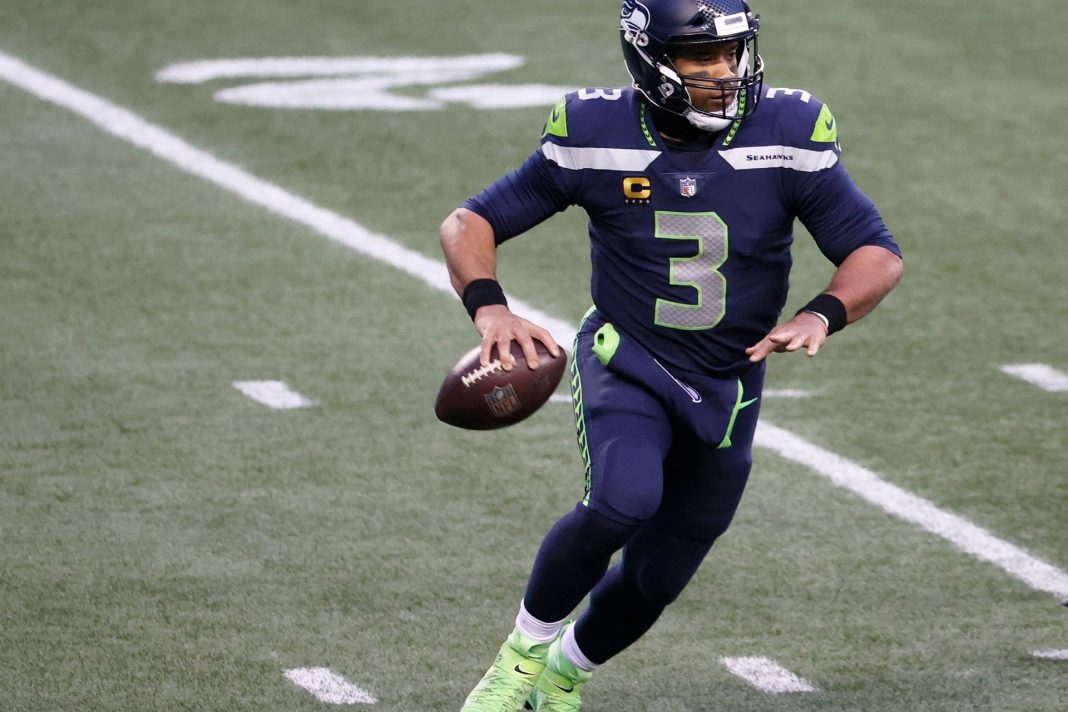 This NFL offseason has already seen plenty of starting quarterbacks head to new teams, and with the amount of rumors and speculation currently circulating, more are on the way.

But no player at the position has created more of a stir over the past few months than Russell Wilson.

And now, even these politicians are fighting on Twitter over who’s team will ultimately land Wilson.

Throughout the offseason, there has been growing rumors and speculation that Russell Wilson’s time in Seattle is coming to an end sooner rather than later.

Almost immediately following the Seahawks loss in the first round of the playoffs, Wilson voiced frustrations over the fact that he’s been sacked 394 times, by far the most for any quarterback in their first nine seasons since at least 1970.

The fact that Wilson was choosing to air frustrations publicly for the first time in his career sent shockwaves around the NFL and sparked speculation that his time in Seattle may be coming to an end.

And since those comments, report after report has served to add fuel to the fire.

The Athletic reported on the growing “rift” between Wilson and the Seahawks coaching staff and front office.

More than 10 teams have reportedly reached out to Seattle about a trade for Wilson, and Wilson’s agent was forced to say his client hadn’t demanded a trade but did provide the Seahawks a list of teams he’d be willing to be traded to.

And with all the rumors about the potential of a top-5 quarterback becoming available for trade, virtually everyone is now trying to recruit Wilson to their team.

That apparently includes politicians who clearly have nothing better to do right now than recruit – and fight over – a quarterback on social media.

It started when New Orleans Mayor LaToya Cantrell took to Twitter to actively recruit Wilson while her city continues to be one of the most deadly in America.

I have been hearing the rumors on the streets. 👀 I don't know if they are true or not. But, I just want @dangerusswilson & @ciara to know that if these rumors are true. Please know that the City of New Orleans will welcome you and your family with open arms! #nola #whodat pic.twitter.com/yE1MJYssLS

The recruitment of Wilson didn’t sit too well with Seattle Mayor Jenny Drukan, though.

In fact, in telling Cantrell to lay off Wilson, Durkan even said that Seattle was looking for an NBA team, implying that she’d attempt to steal the New Orleans Pelicans from the city.

I love you Mayor, but keep your eyes off @DangeRussWilson. His home is Seattle. #GoHawks

And so you know, Seattle is in the market for a @NBA team. Don't make me go there. https://t.co/degqE61pJJ

Needless to say, things have escalated to a whole new level with the Russell Wilson-Seahawks situation.

When you have politicians fighting on social media over a quarterback, you know the hysteria over a player’s future has reached a fever pitch.

It’s been quite some time since a top-5 quarterback in the NFL became available in his prime, but we may just be on the verge of seeing it happen in the near future.