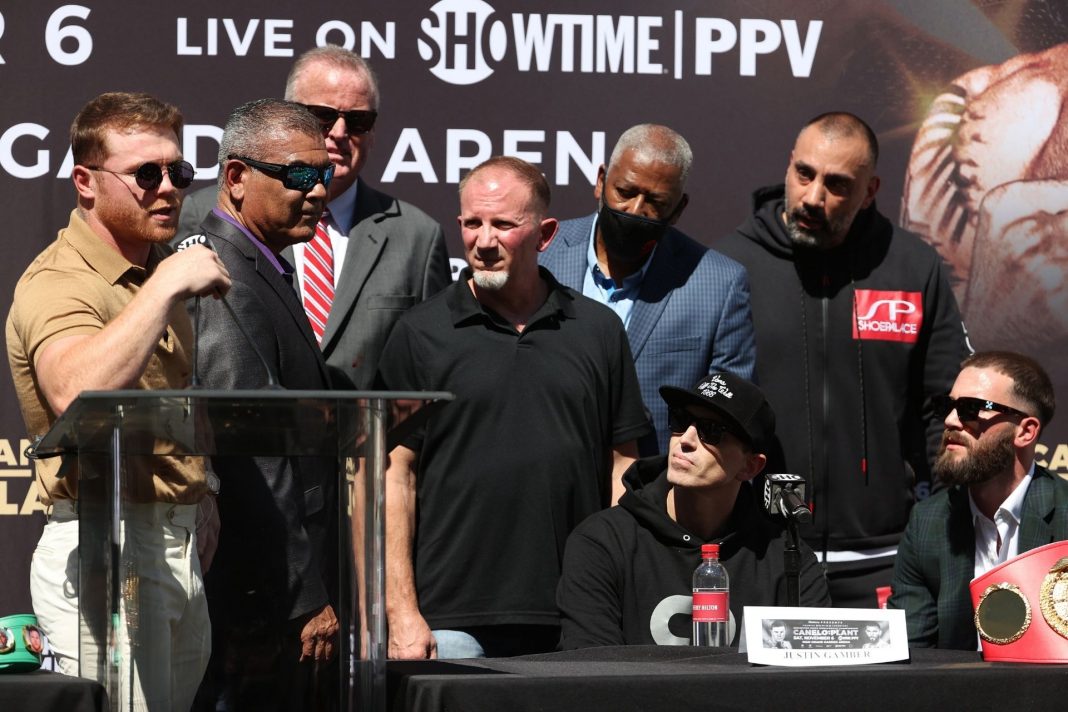 In the fighting world, staged (or at least harmless) scuffles at pre-fight events are part of the sport.

The crowd gets ready for the main event and, as a result, the companies and leagues involved bring in heaps of cash.

But at this pre-fight press event, things escalated quickly after this world renowned fighter insulted his opponent’s mother.

Professional fighters Canelo Alvarez and Caleb Plant got into a serious brawl after Plant allegedly made comments about Alvarez’s mother, among other comments.

In the video you can see the two square up and then things quickly devolve into mayhem.

First you can see some words being exchanged then out of nowhere Alvarez shoves Plant back about 10 feet. Soon after the push, punches are exchanged before they are broken up.

The exact words that caused the ruckus?

“He (was) talking about my mom,” Alvarez said. “He said, ‘you motherf***er.’ So you passed a line right there. That’s why I pushed him and he came back with a left hook.”

But this story goes back further than mean remarks at a press event.

Plant has accused both Valdez and Alvarez of cheating, which adds fuel to this fire and may have led to this brawl.

Moving forward, there are concerns about Plant’s readiness because following the back and forth, Plant can be seen with a damaged eye.

According to Plant, “Nothing I need surgery for or anything like that,” Plant said, per TMZ. “It’s just a little scratch.”

It is unclear whether this injury will affect Plant’s readiness for the fight on November 6.

But what we do know is that this fight will be one for the ages.

Moral of the story?

These two legendary running backs are preparing for an epic brawl

Mike Tyson proved he still has it as he beat down a punk for messing with him. But where he did it could cost...