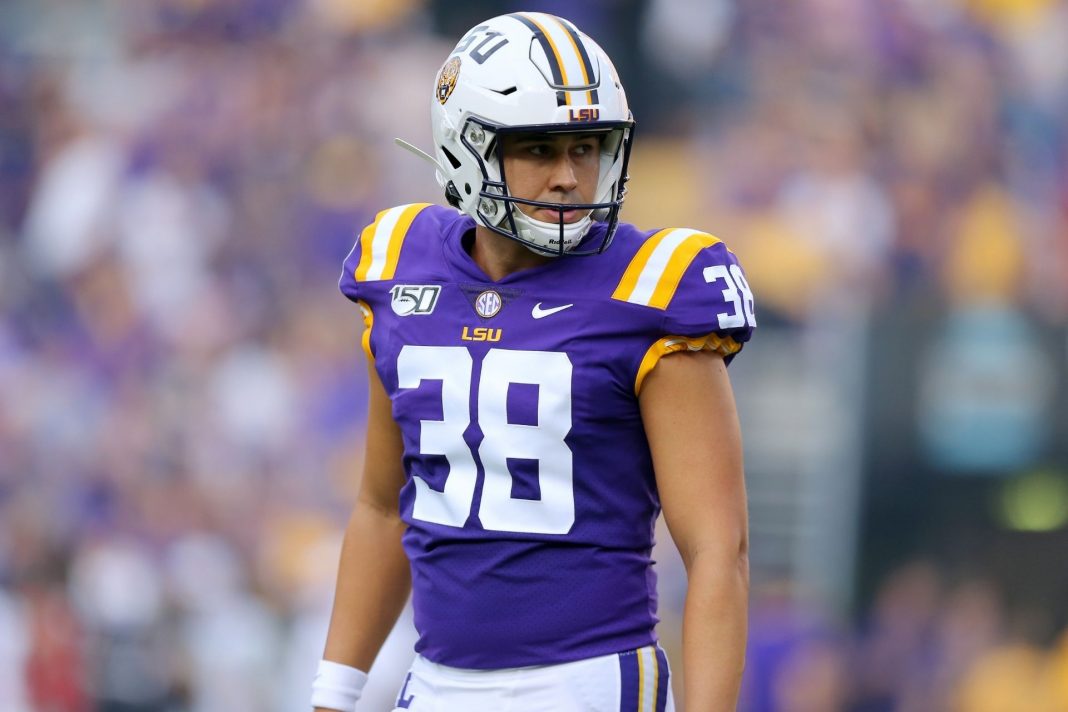 While the NFL has certainly evolved in recent years, the draft process has largely remained the same.

Teams still utilize the same basic principles they always have to evaluate talent, so when a player comes along that is somewhat different, it catches everyone’s attention.

Which is exactly what this 30-year-old millionaire has done, and it may end up getting him selected in the upcoming NFL Draft.

Unlike most broke college students, he drives around Baton Rouge in a BMW, lives in a very nice home near the LSU campus, and at 30-years-old is roughly 8-12 years older than his classmates.

Von Rosenberg has a level of financial security most adults twice his age will never know, thanks to the hefty $1.2 million signing bonus he received when he inked a deal to pitch for the Pittsburgh Pirates organization straight out of high school.

While he is definitely a unique college student, he also may be the most unique college football player looking to be selected in the NFL Draft in just over two weeks time.

For starters, after an injury ended his baseball career and he enrolled at LSU, Von Rosenberg attempted to walk onto the team as a quarterback before putting on 40 pounds in order to give tight end a try.

“Since I was a pitcher, that was the thought process – try QB,” Von Rosenberg said. “[Former offensive coordinator] Cam [Cameron] was willing to give me a shot and thought I had a chance to walk on and have meaningful playing time, but I don’t think he meant at QB. And then the first open spot became tight end.”

However, a chance encounter in which Cameron happened to notice Von Rosenberg booting punts before practice ended the tight end experiment, and set him on a path no one saw coming.

“He came up to me and said I have a big leg and he thinks I can be the backup punter,” Von Rosenberg said. “And I was able to win that job and a year later I had the starting job.”

To make his story even more interesting, after the move to punter, Von Rosenberg says he actually taught himself most of what he learned about punting by watching YouTube videos and mimicking other punters to help himself improve.

Now, as one of the most decorated punters in the country, and thanks to his ability, size, athleticism, maturity, and unique background, there is growing speculation that he could be one of the select few punters in NFL history who actually gets drafted.

“It’s bananas,” Von Rosenberg said last week. “I’m living it, but I still have to pinch myself every now and then.”

It’s difficult to fault him for that sentiment, as few high school athletes are offered scholarships to play at the college level, and even fewer make it to the pros.

Whether or not Zach Von Rosenberg actually hears his name called at the NFL Draft in less than three weeks time, he’s going to have a chance to play in the NFL next season.

He simply brings too much to the table for NFL teams to ignore.